The sudden outbreak of Covid-19 interrupted our daily routine.

In the highly developed modern era, the new coronavirus blindsided us. We reluctantly and resolutely enter a state of stress that we’ve never experienced. Fortunately, we are now ushering in the dawn of the post-epidemic period.

As an integral part of the human labour system, artistic practice faithfully reflects social life. Nearly 150 small oil pastels, completed by Tang Chenghua during the year, reflect upon the reality of life. 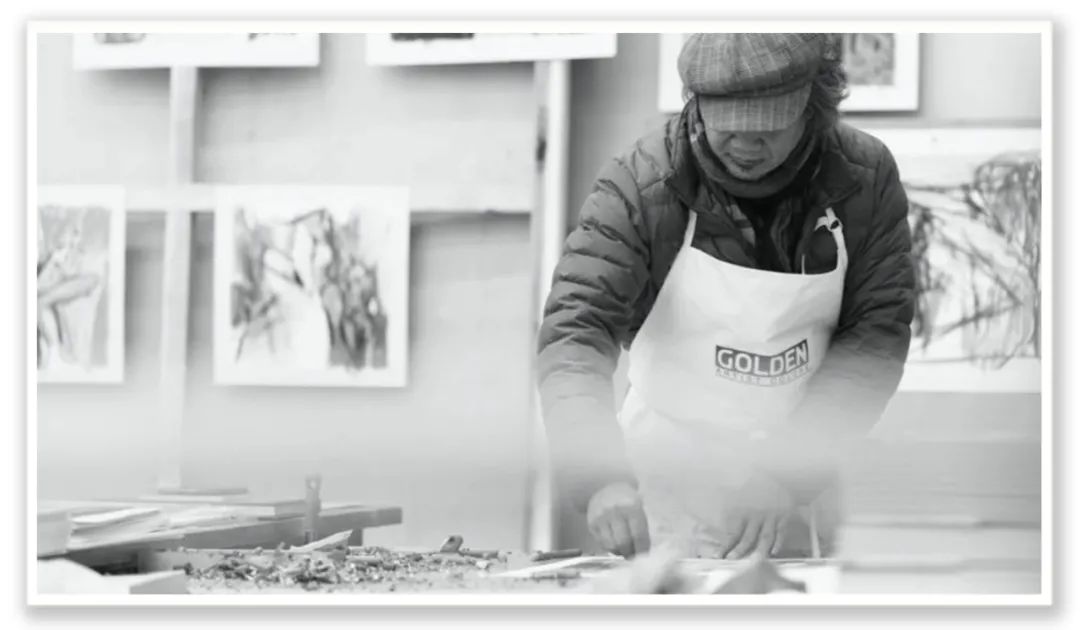 Tang Chenghua was working in his studio for ‘The Colours of Life’ series in Spring 2021. 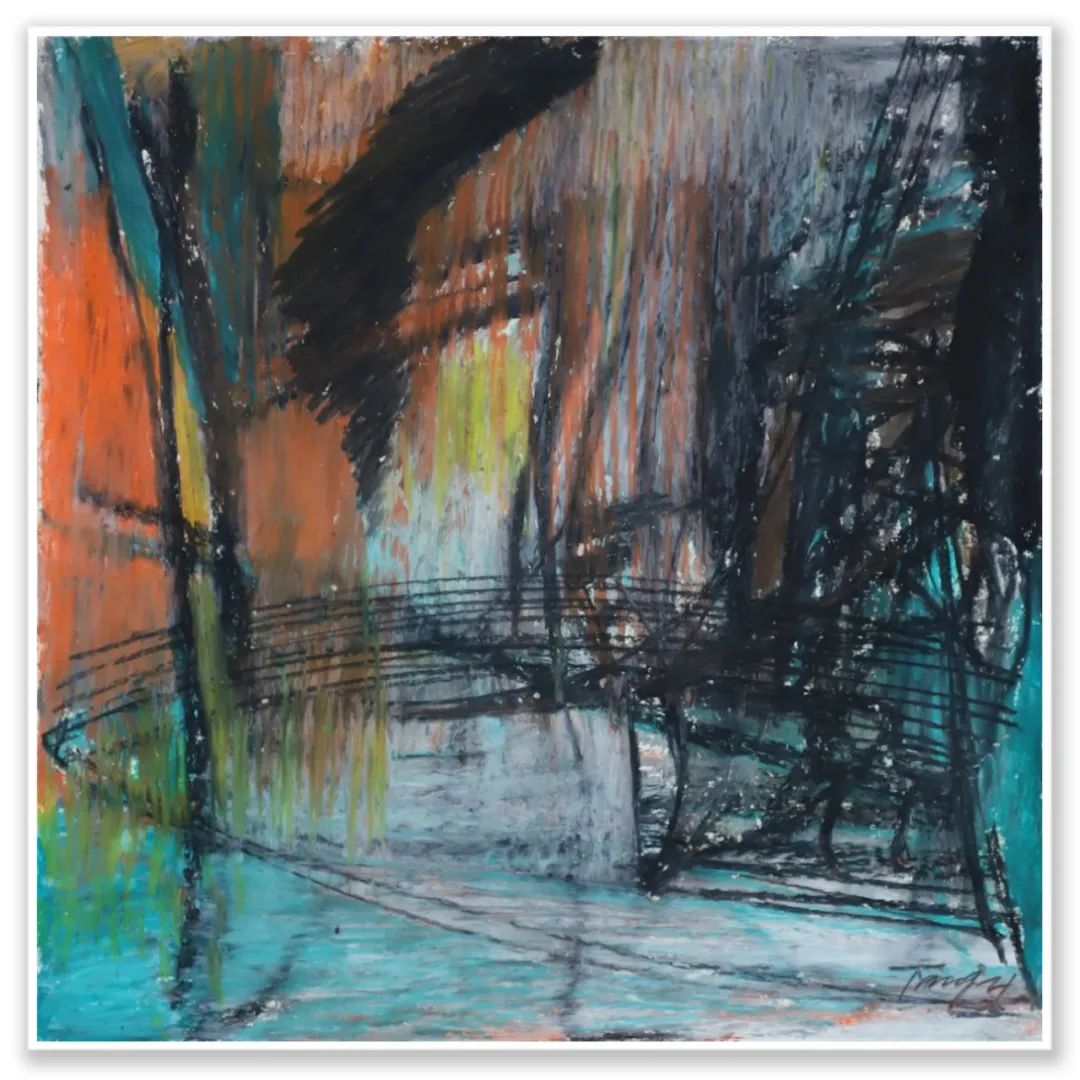 ‘The Colours of Life’ series created by pastel and acrylic on paper, all the work are size 42cm x42cm, 2021. 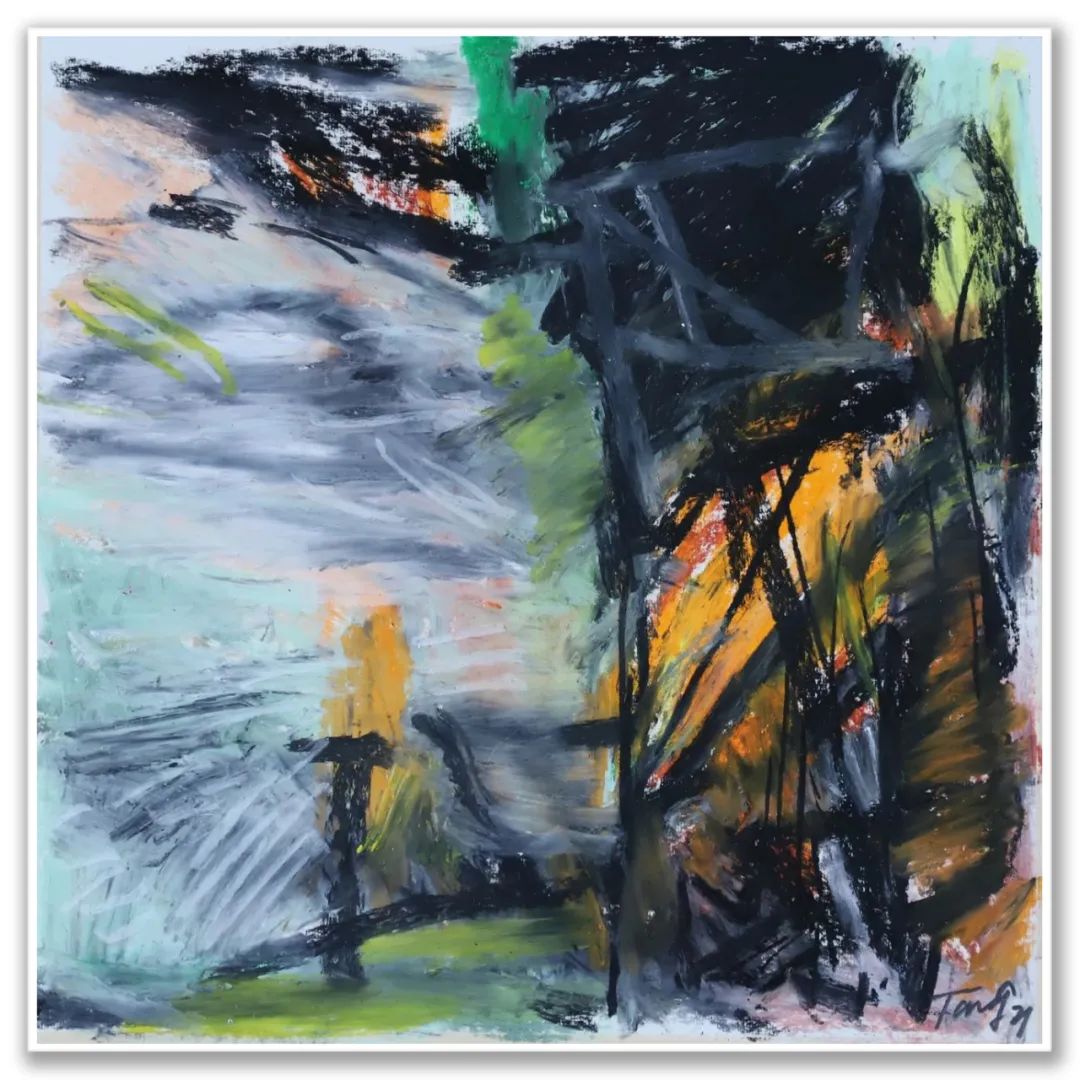 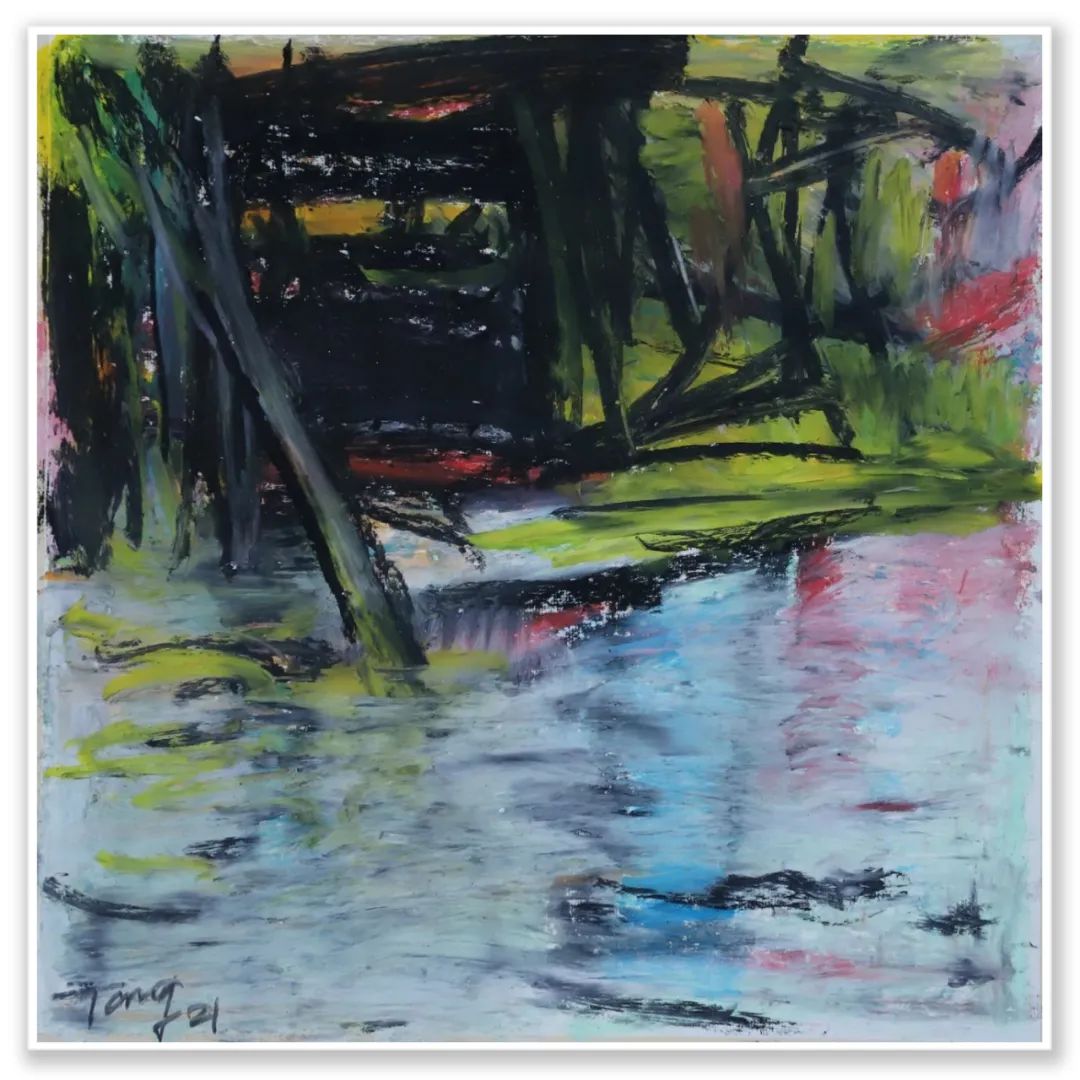 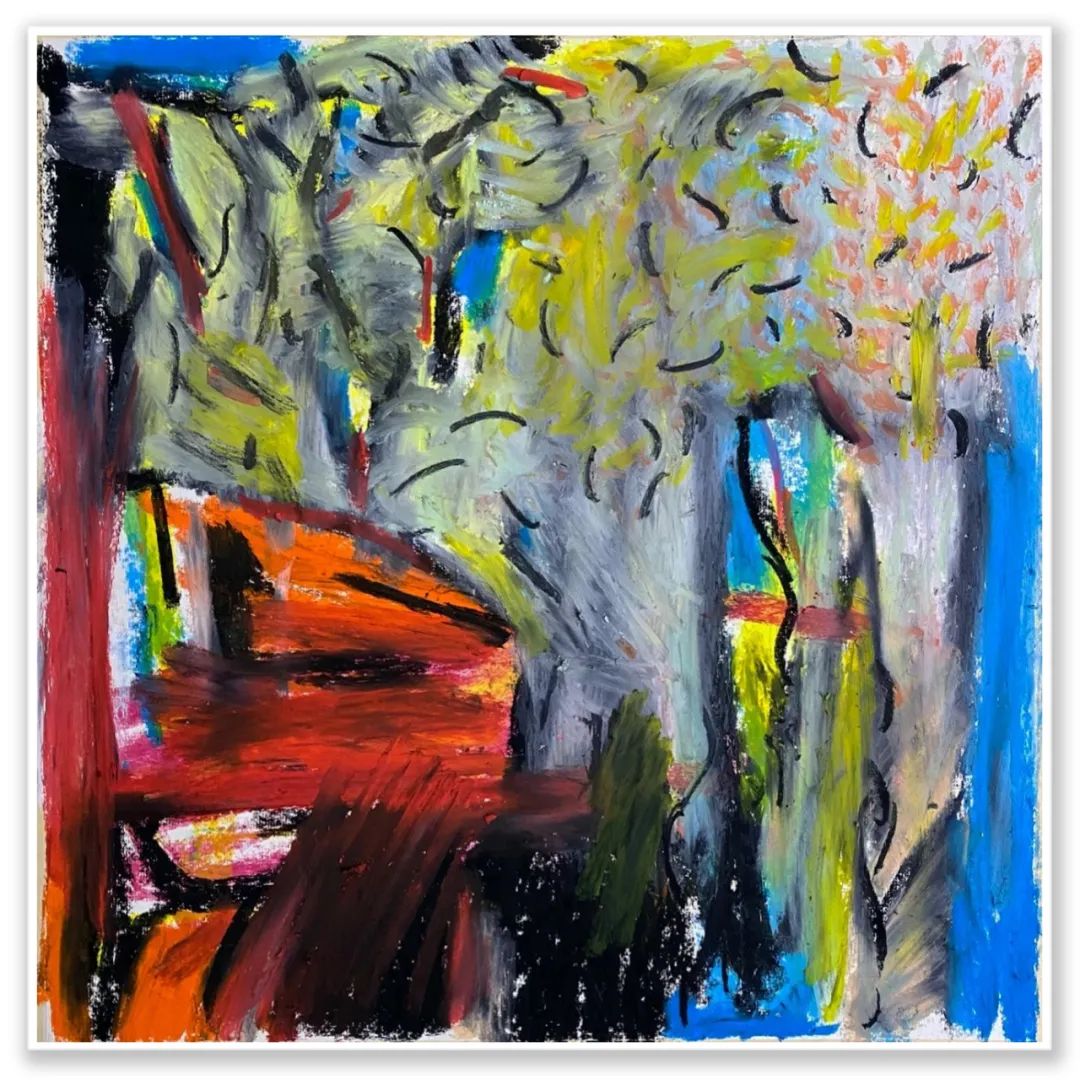 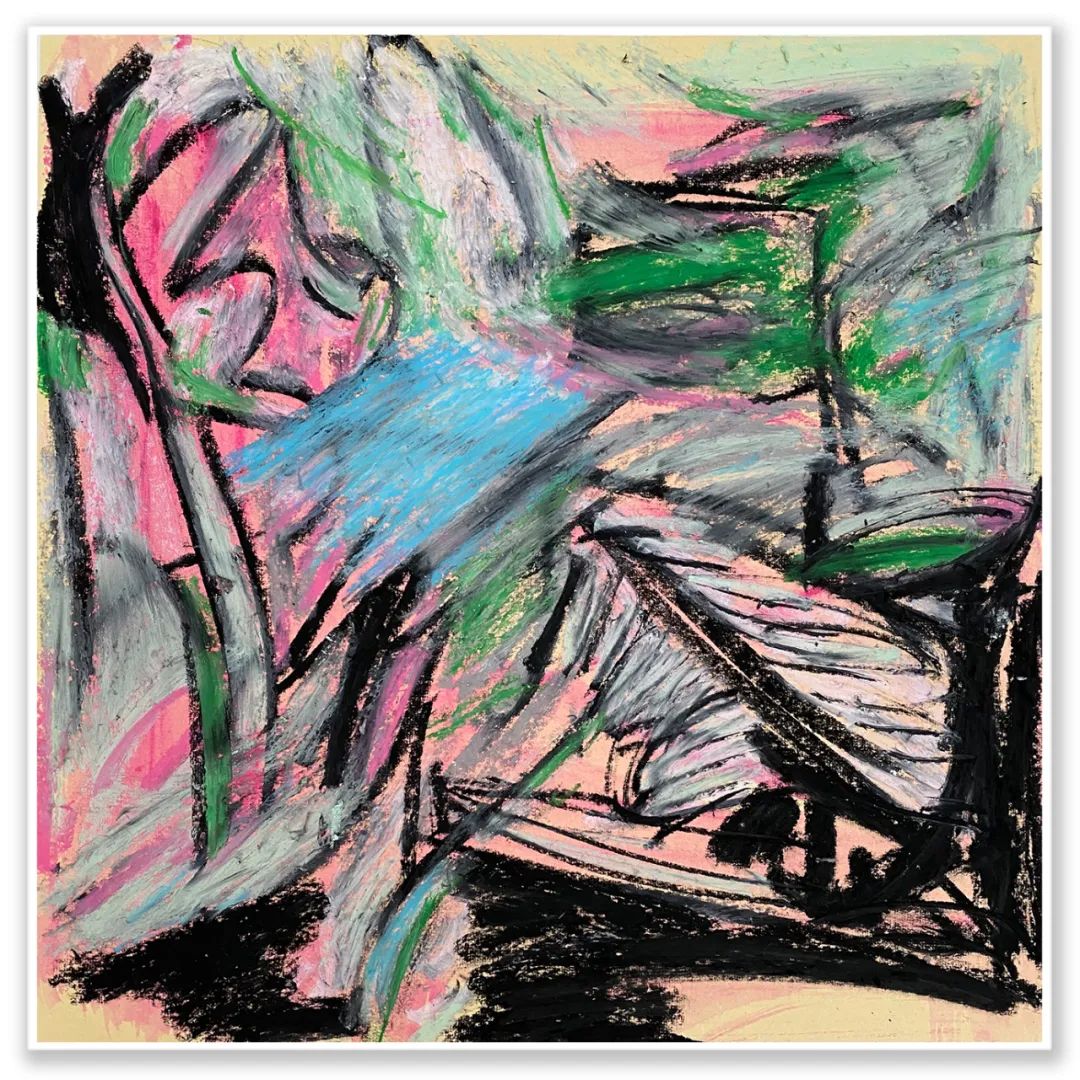 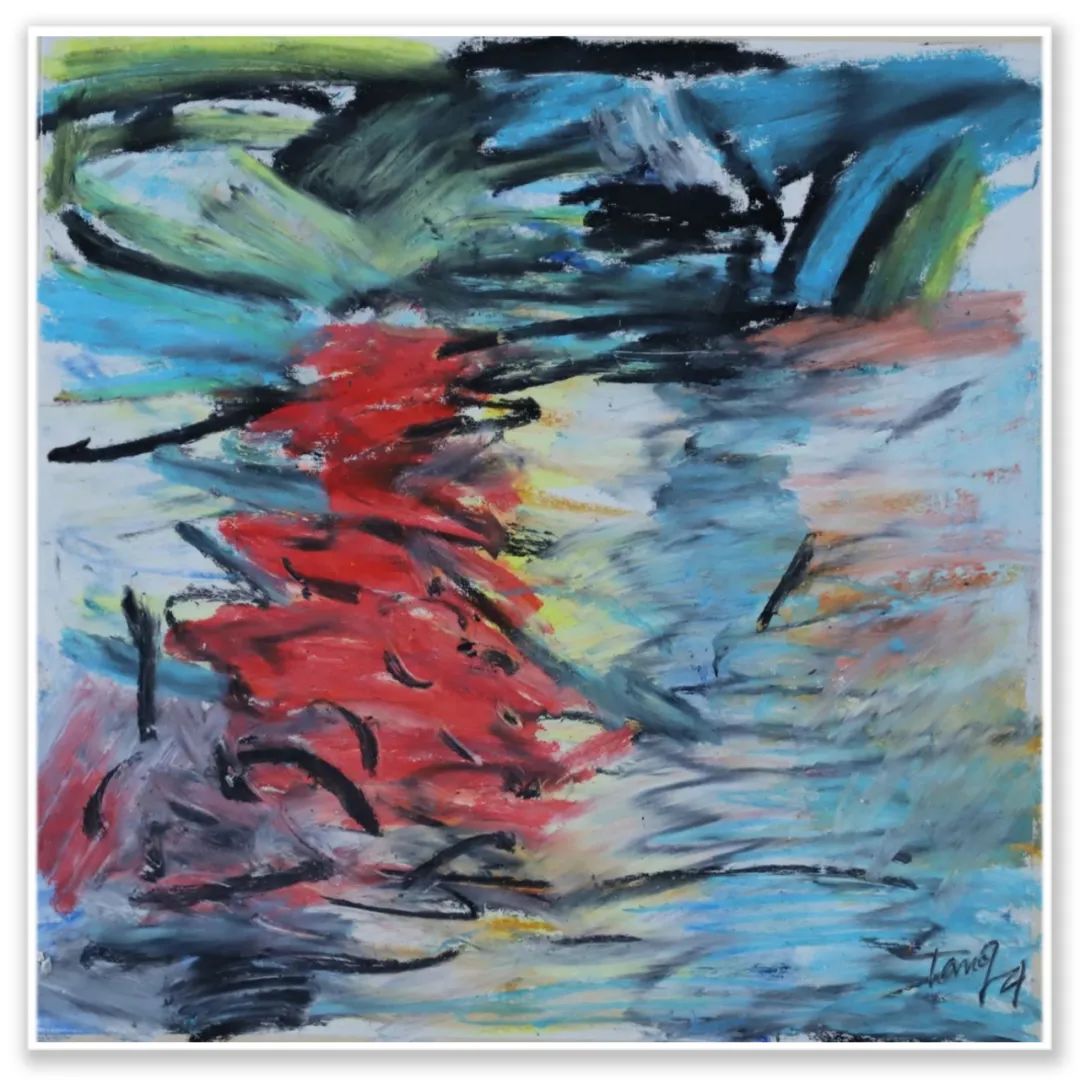 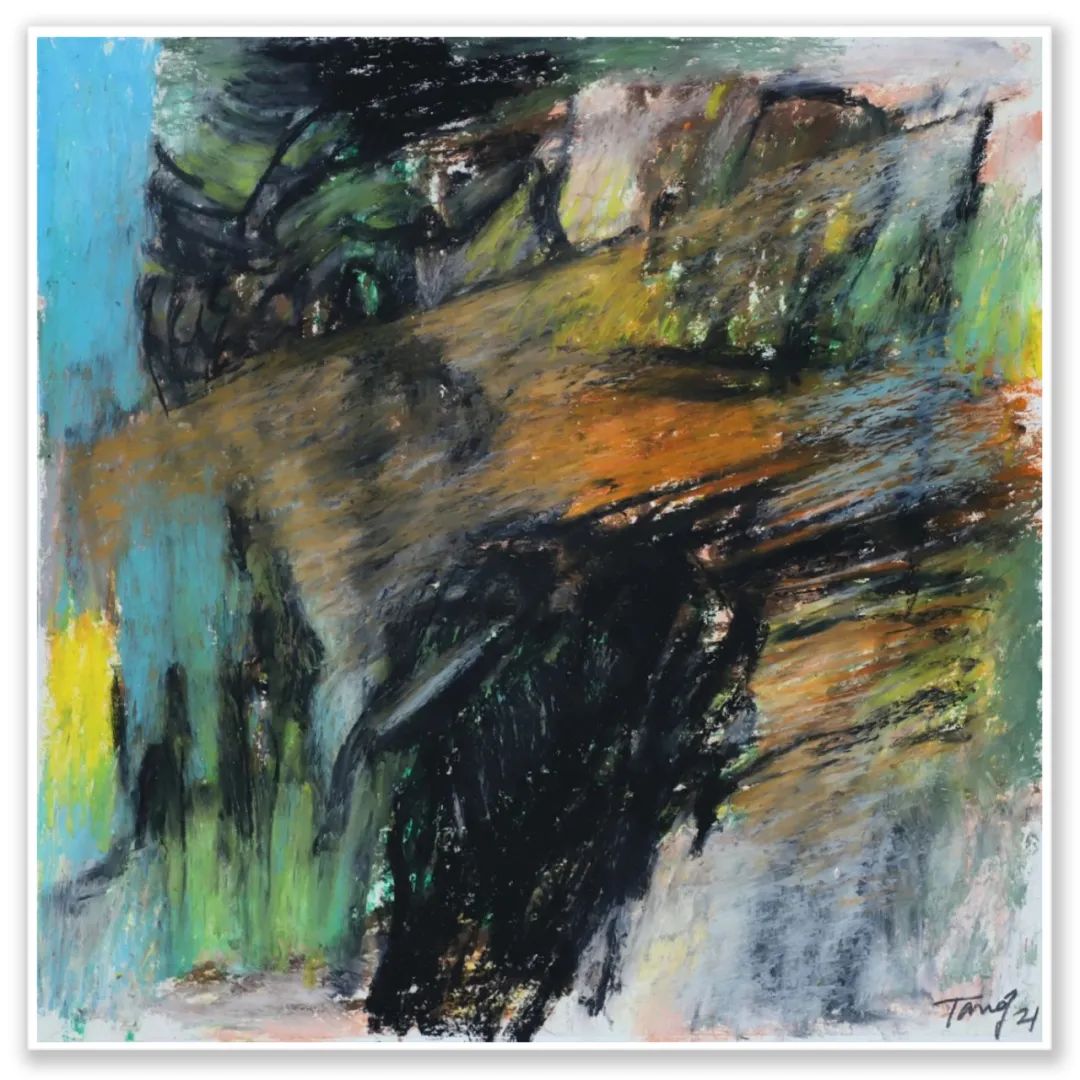 The solicitude of life is the ultimate internal cause for the occurrence of these works. Although being alone is the daily life of an artist, being alone under the epidemic differs from the past. The time that was once flowery has become dim and messy under the impact of the epidemic. For some time, the virus threatened human freedom with invisible tentacles. Essential human needs such as love, affection, trust, and helping others, have become more precious. The question of what is an artist as the origin of artistic practice has naturally emerged. 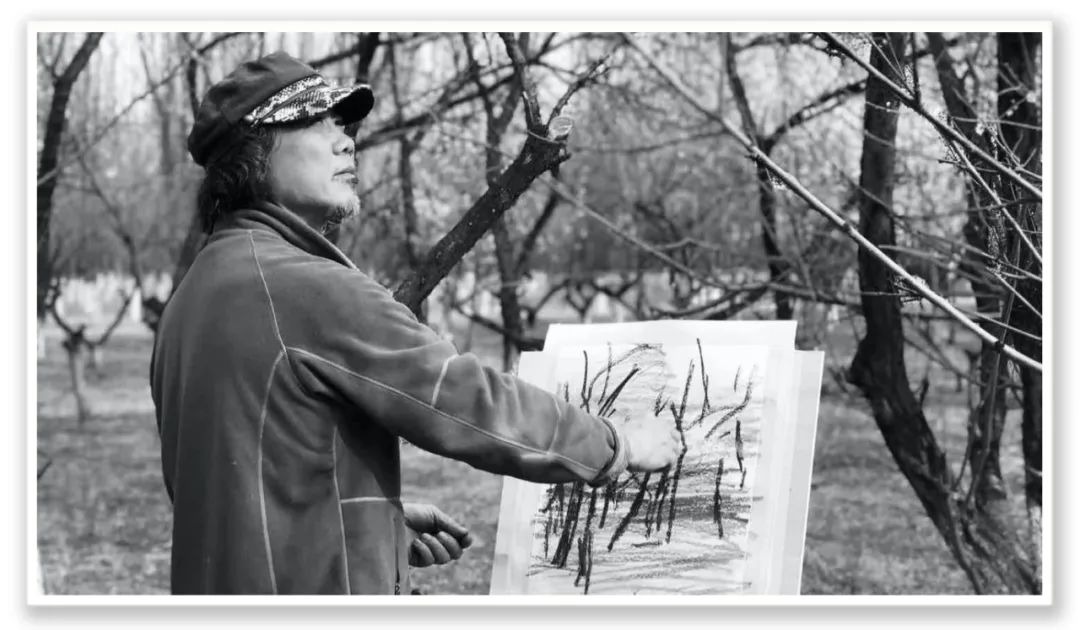 Tang Chenghua was doing life drawing in the suburb of Beijing in Spring 2021. 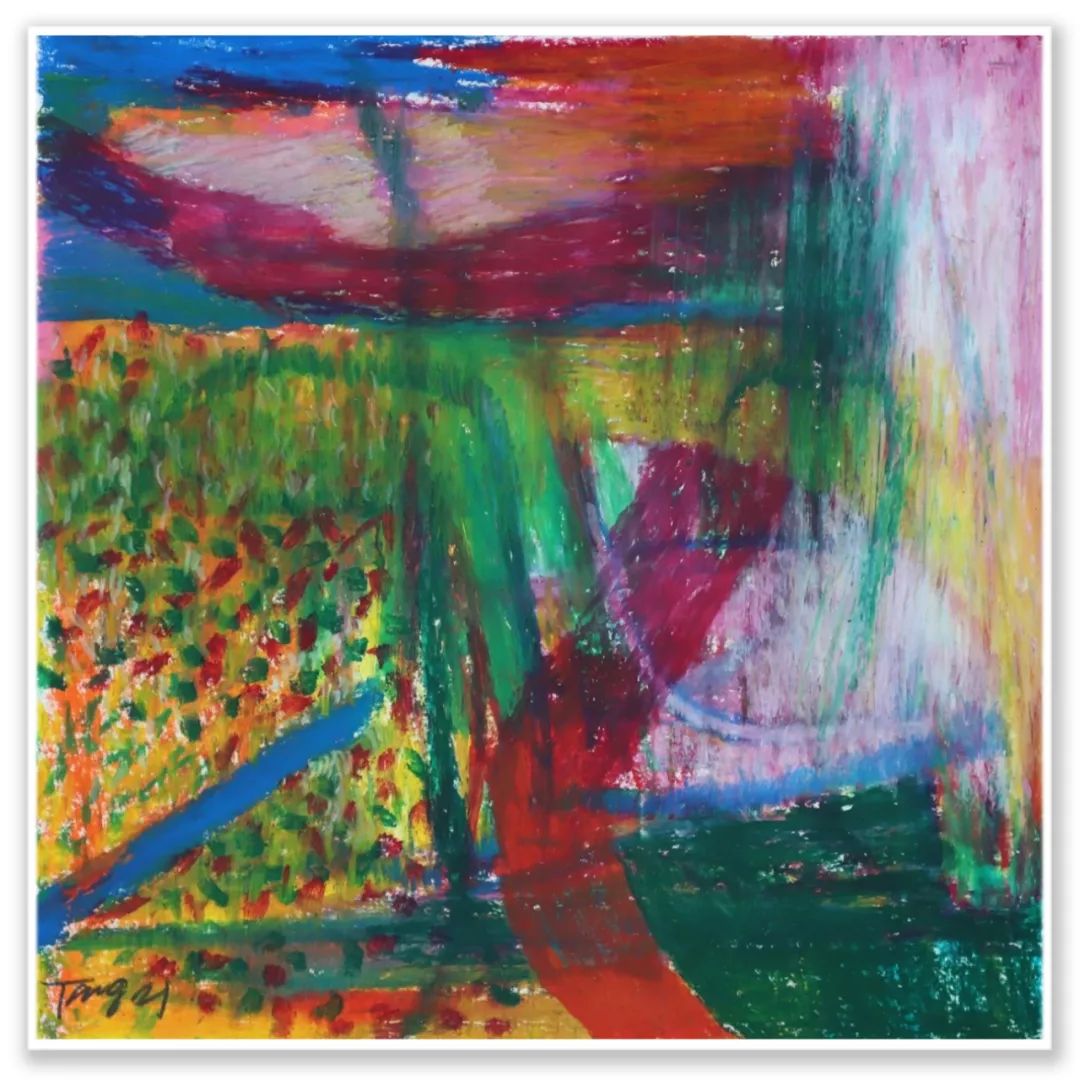 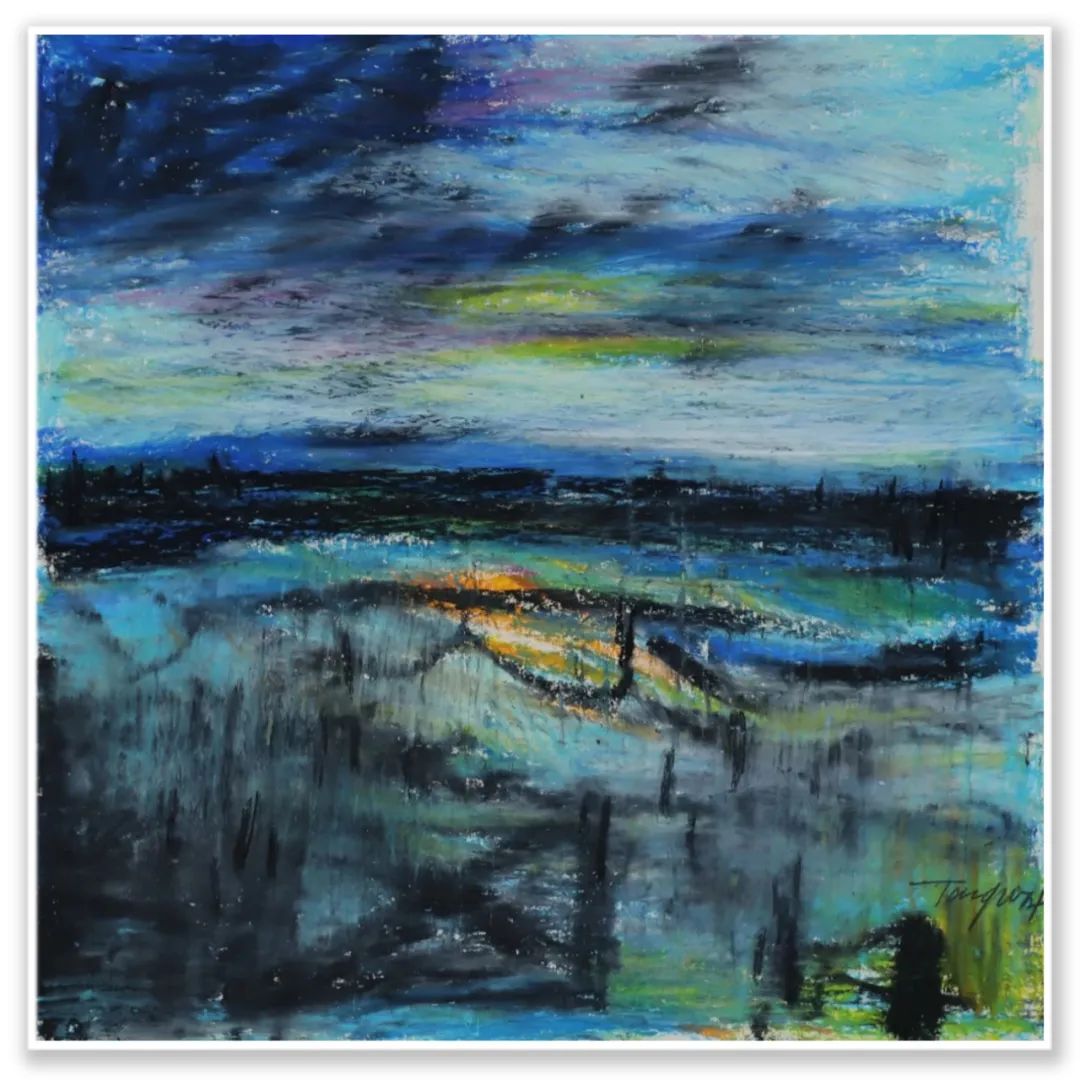 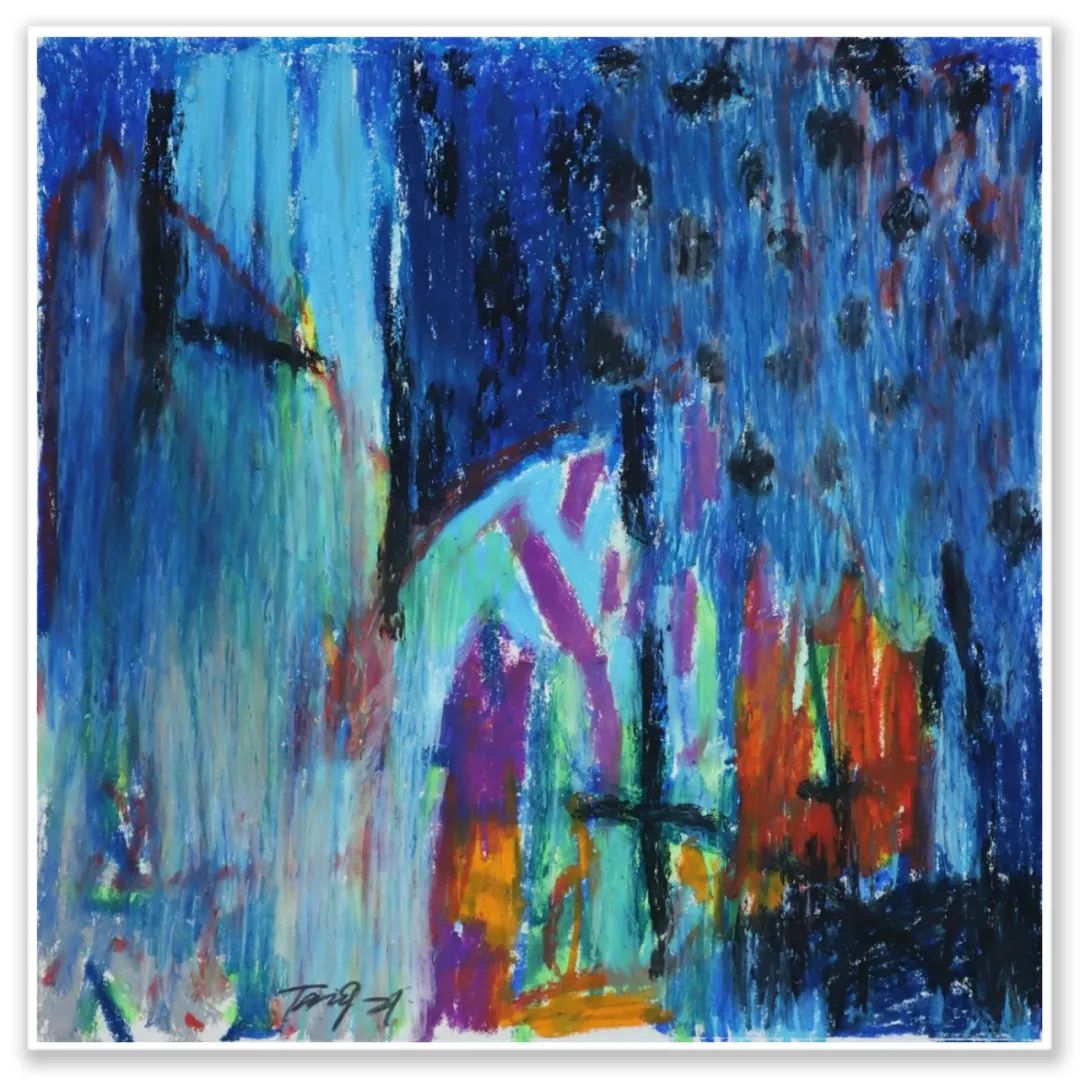 Tang Chenghua lives in his studio in the suburbs of Beijing. He stacks many cardboard and oil pastels there. The artist feels inexplicable oppression, which comes from a helpless wait and sees on the impermanence of life. Of course, the life carrier described by the artist is not only the image of the characters but also the memory of the scenery he once saw.

Regarding this creative experience, he wrote in his diary: ‘To deal with emergencies and the resulting mental pressure, the artist can only create.’ Art creation embodies not only the individual. We should consider the value concept to return to the essence of nature and the ultimate meaning of life. It is this pursuit of the ultimate meaning of life that supports the artist’s continual creativity. Therefore, the small series of works we have seen have surpassed the definition of works in the general sense and should be regarded as the artist’s image handwriting for questioning the life and soul under the passion of society. The purification of formal language is another breakthrough in this series of works. 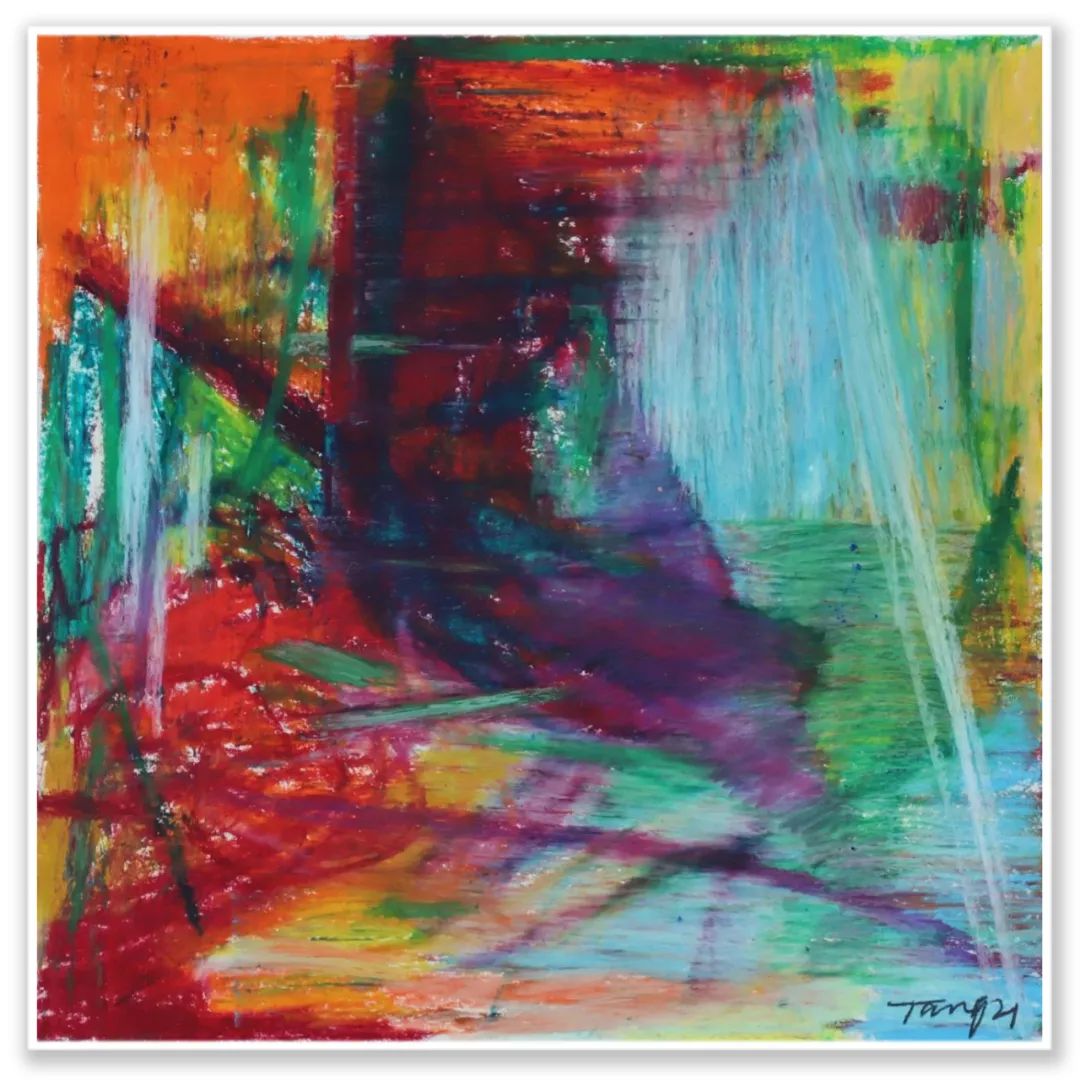 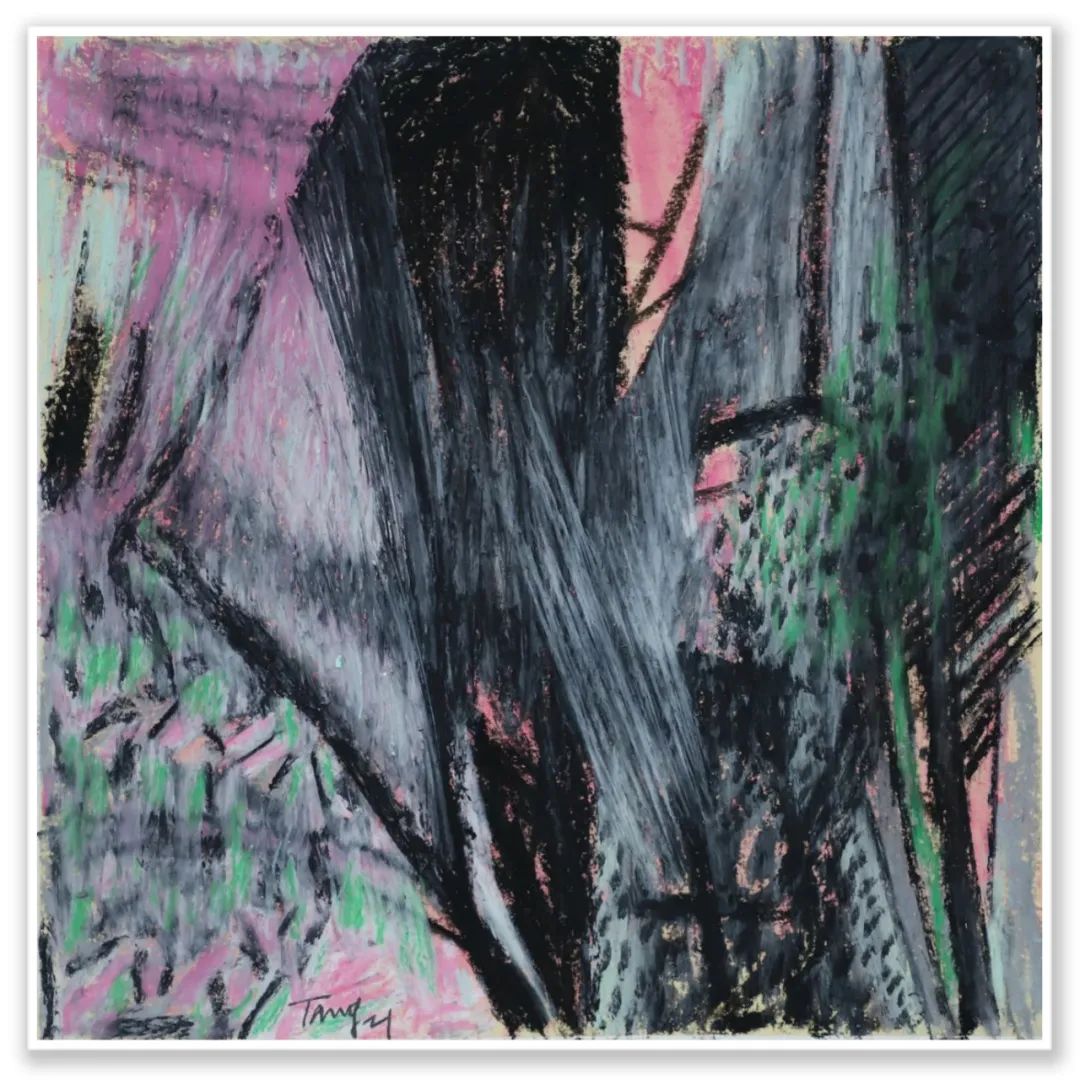 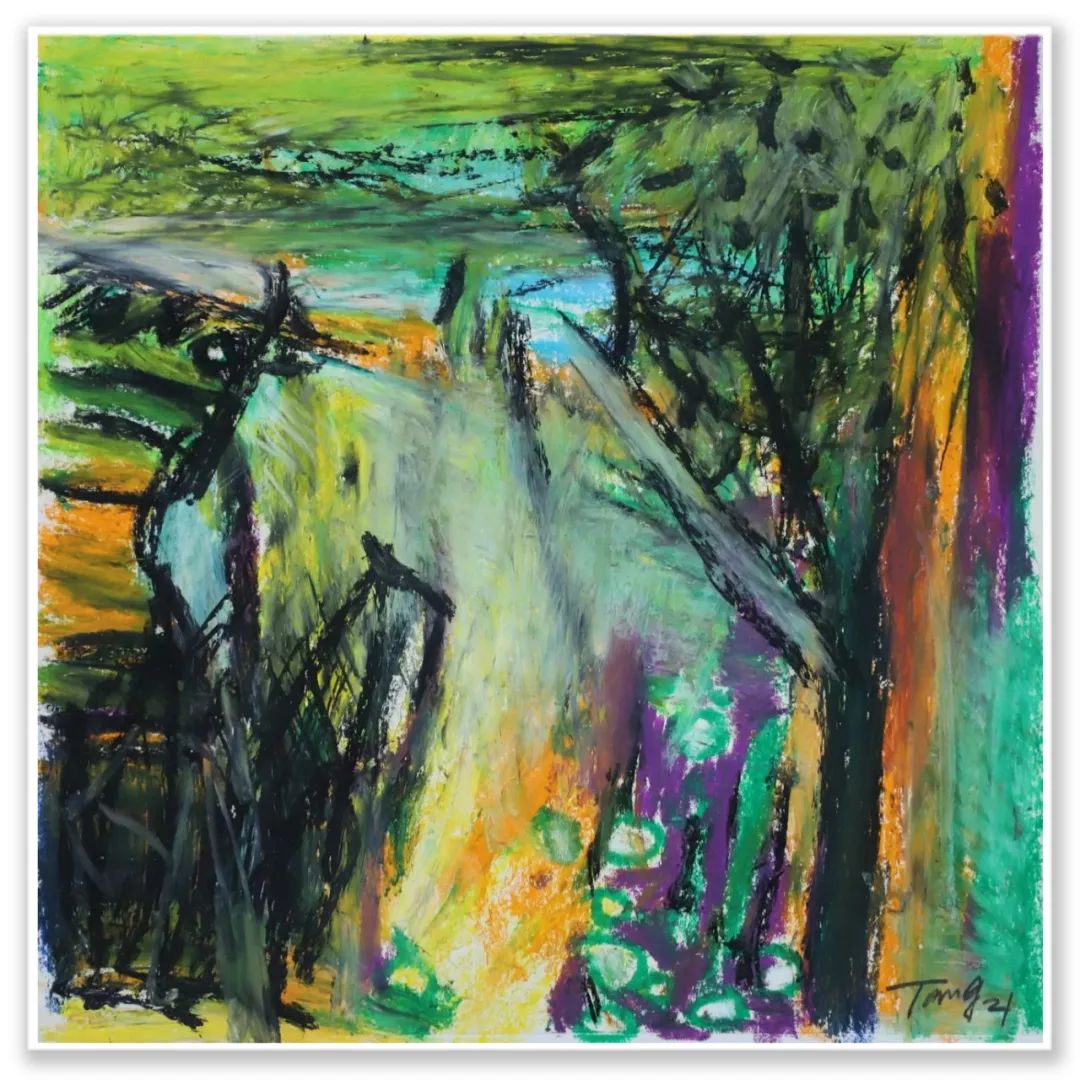 Throughout the decades of Tang Chenghua’s artistic career, cross-border integration based on synaesthetic expression has become normalised. However, pursuing a sense of painting is the central focus that he has never drifted away from. Therefore, Tang Chenghua pays more attention to the consideration of formal language than other painters. The depth of its scrutiny on the language of images is already close to the exacting requirements of scientific calculations. We can find sufficient evidence in the traces of his paintings. 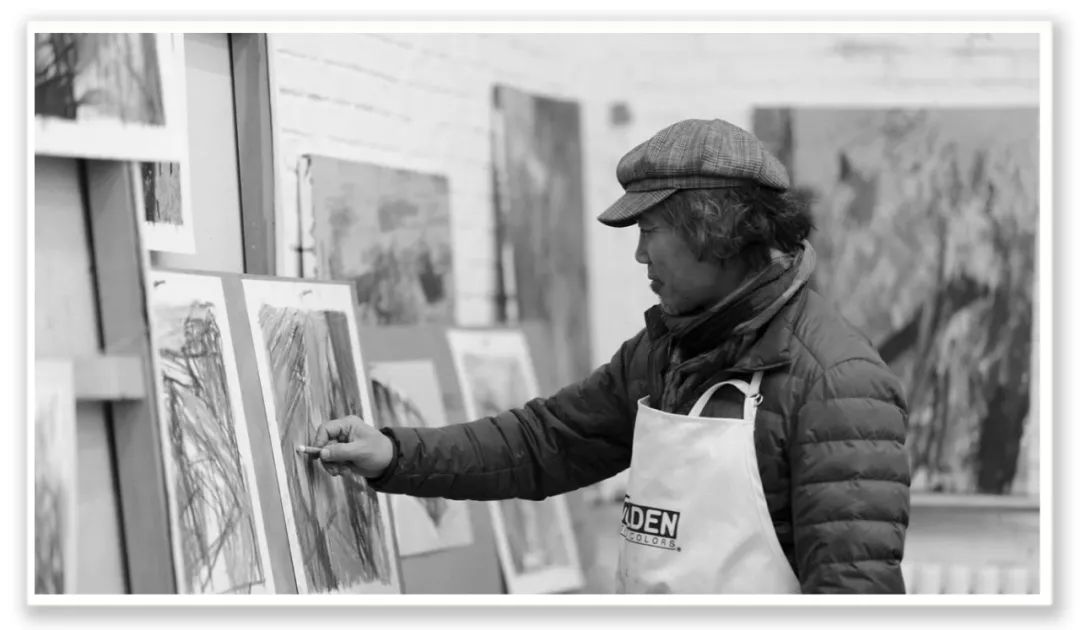 The cardboard used to complete this batch of works has a thick texture and a rubber sole, which has the flexibility of a canvas. This provides a technical guarantee for the artist’s repeated adjustments during the drawing process. This batch of paper works by Tang Chenghua partly continues the creative principle of ‘C Minor Long Yanqu’ ten years ago. The difference is that, based on the specific experience during the epidemic period, compared with the soft and smooth of “C Minor Proliferation”, these works are closer to the sadness and vigorous of Beethoven’s “Symphony No. 5 in C Minor”. 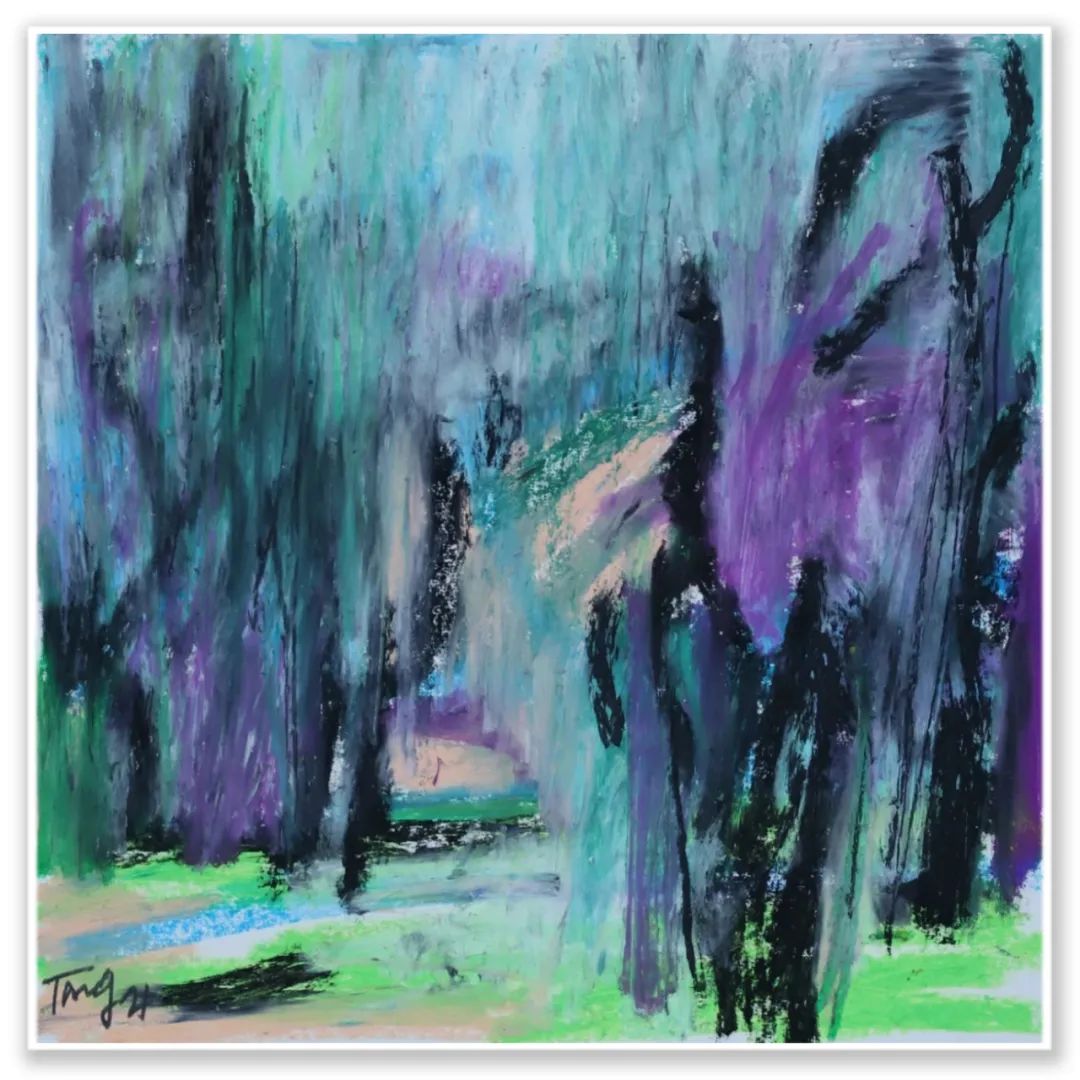 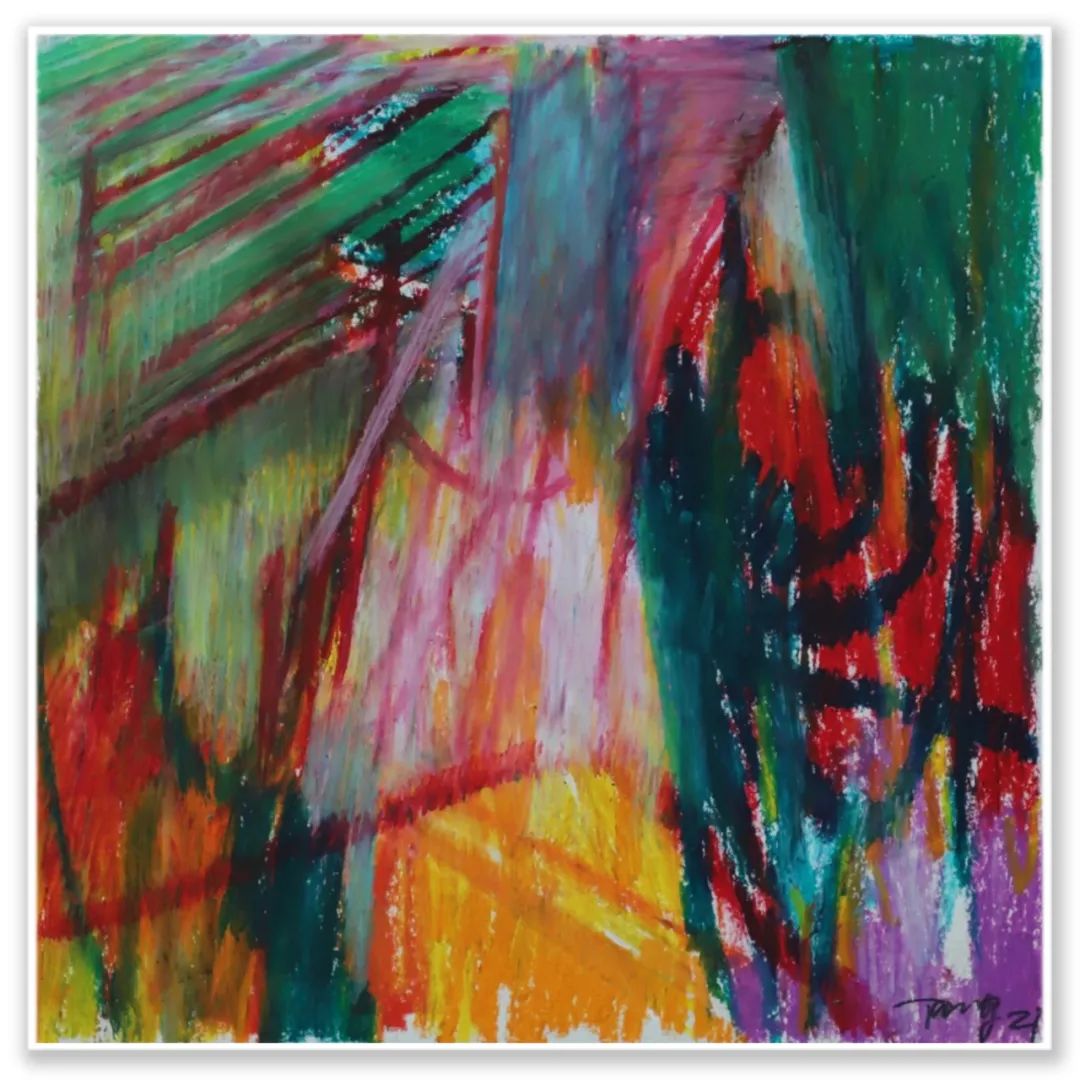 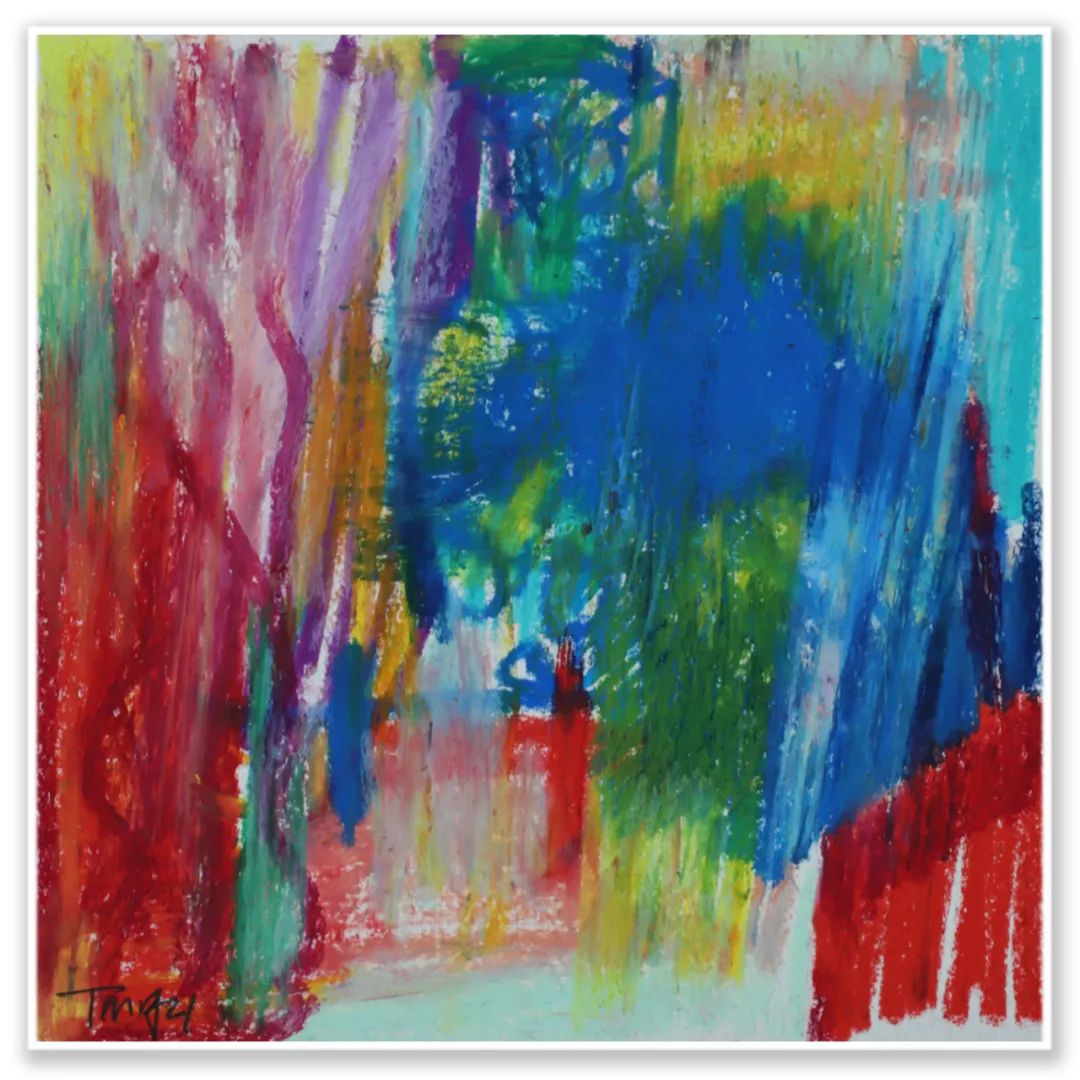 I can say that through these works completed during the outbreak of the epidemic. Tang Chenghua intelligently achieves an infinite approach to the spiritual core of traditional Chinese culture by using contemporary media.

His studio is by the Chaobai River in the suburbs of Beijing and the winter in the north is cold and quiet. Because of the size of the space, it can’t help but feel cold even if fully heated. Perhaps the moderate cold is more conducive to his penance. I once visited the studio whilst the epidemic receded and saw him working under a thick cotton coat. The scene is like a monk wrapped in an old garment practising his daily prayer, but also like a spring silkworm spinning, the sight is moving. The artist devotes himself to the piety that is close to religious behaviour in his works, which is accurately and completely restored in the interpretation process between the work and the reader. 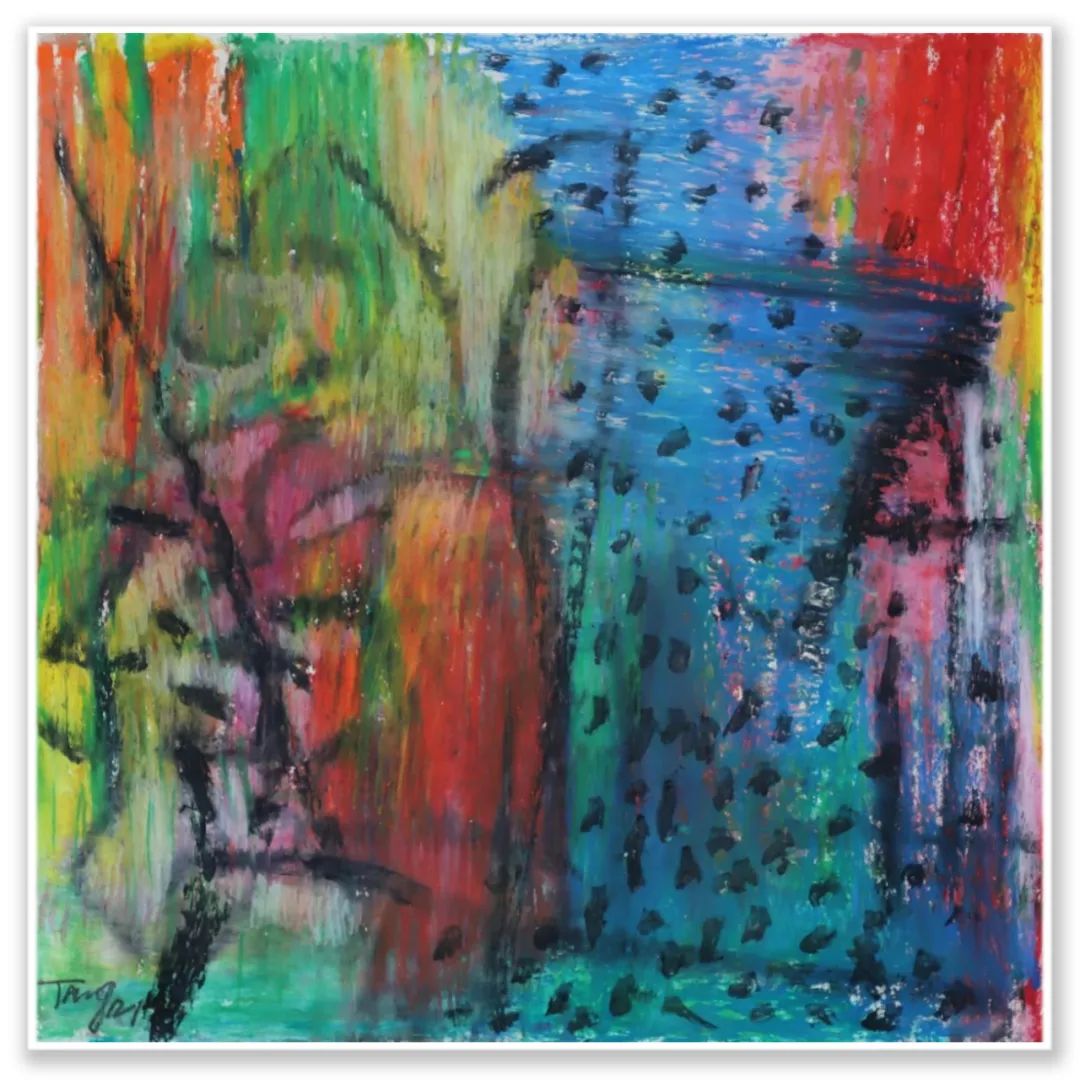 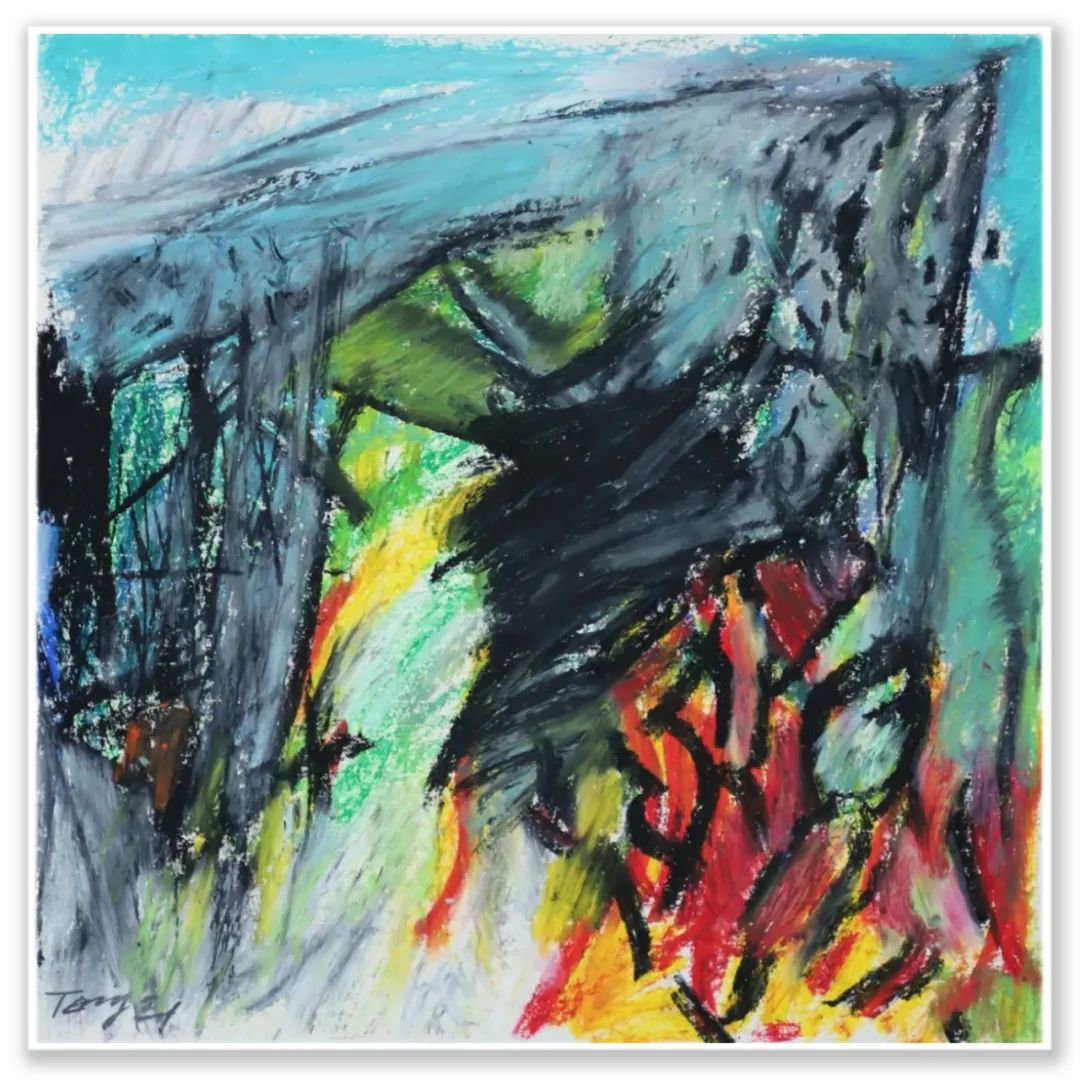 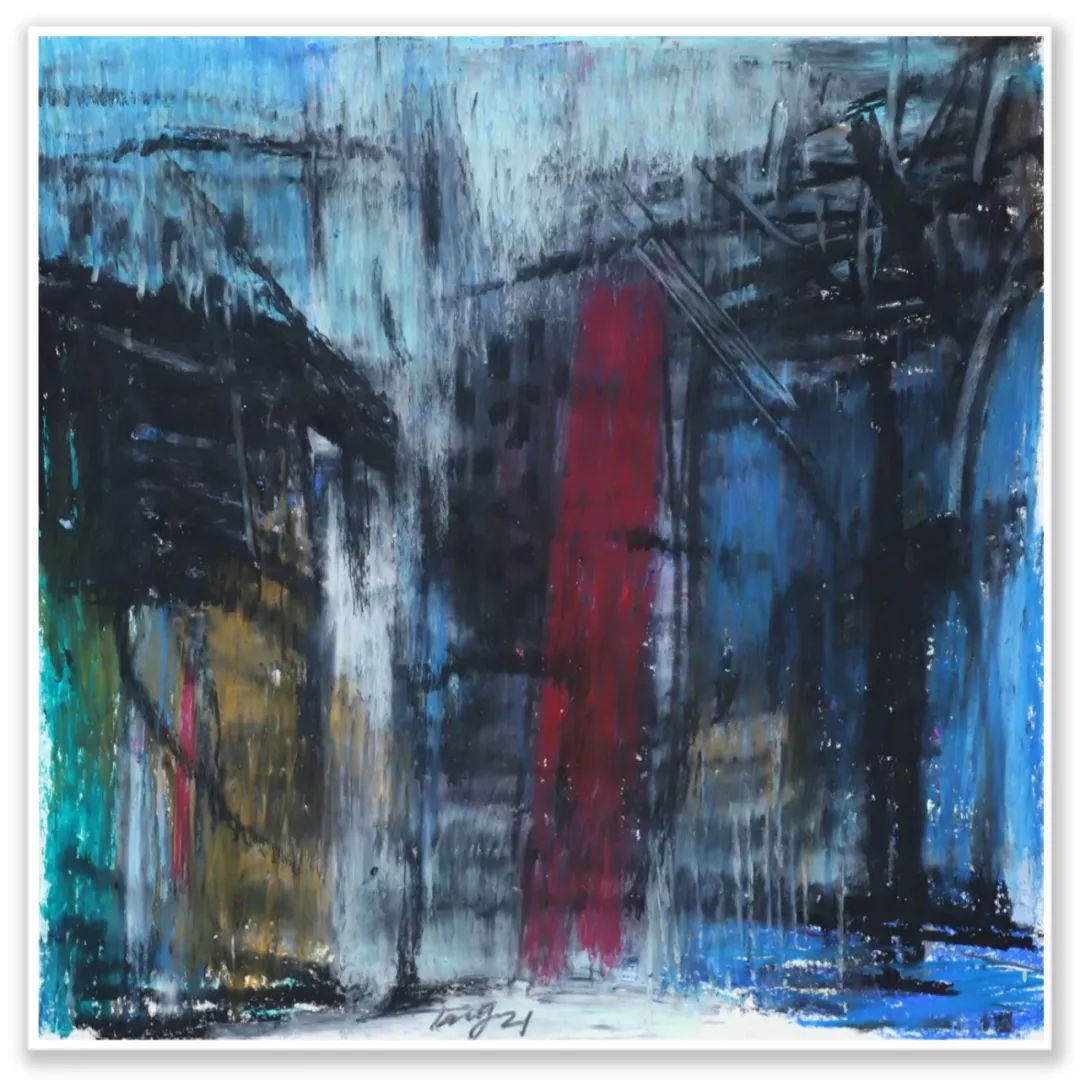 The post-epidemic era is approaching, and the social body is completing its mechanism by iterate attacking passively. Therefore, we have every reason to look forward to a bright future. This is the spiritual inspiration gained whilst interpreting Tang Chenghua’s recent works!

Click the picture to see the video of Tang’s creation of this series.