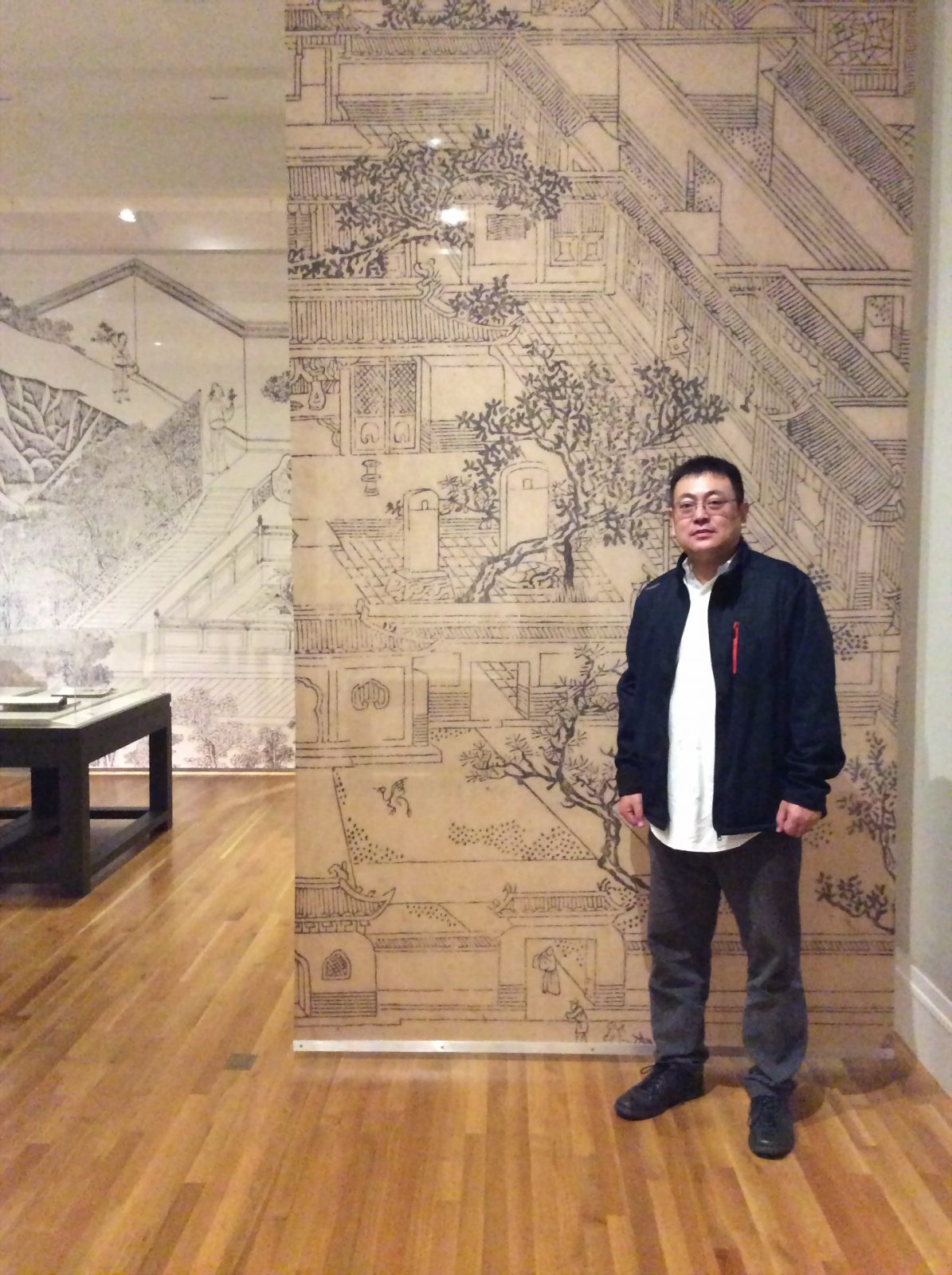 Wang Chao studied printmaking at the China Academy of Arts and graduated with both B. A. and M. A. Degrees. He is presently an associated professor in the Academy and director of its noted Purple Bamboo Studio. He won the Fukuoka Art Museum prize in 1998 and has received numerous awards at provincial and national exhibitions. Wang’s work has been collected by the leading museums in China, Europe and the USA.

Wang makes multiple allusions to the past in both technique and in subject matter. The fine lines, refined colouring and subtle tonalities are reminiscent of illustrative printing from the Ming and Qing periods and Japanese surimono. Reflecting the ‘new literati’ interest in traditional culture that emerged in the post-Mao period, his subjects are often a witty contemporary take on historical visual and literary genres.