‘The Collection of Puppet People’ – Woodcuts series by Guo Shuang

‘The collection of Puppet People’, is a collection of 57 black and white woodcuts by the young female artist Guo Shuang. These prints and the stories behind them touched me deeply. Her bold cutting lines vividly portraits each character and the words in the background that tell their stories adds, along with the sheer amount of time that has gone into creating them, weight to this provocative series of prints.

Here are Guo Shuang’s own words about ‘The collection of Puppet People’:

There is a group of unusual people who are very lovely. They all got this disease called Ankylosing Spondylitis. The disease has caused some of them to be blind, and some to be paralysed, and being disabled they have had to stay in their houses, sometimes for years. Yet, they have managed to open a window and to connect, with the outside world. 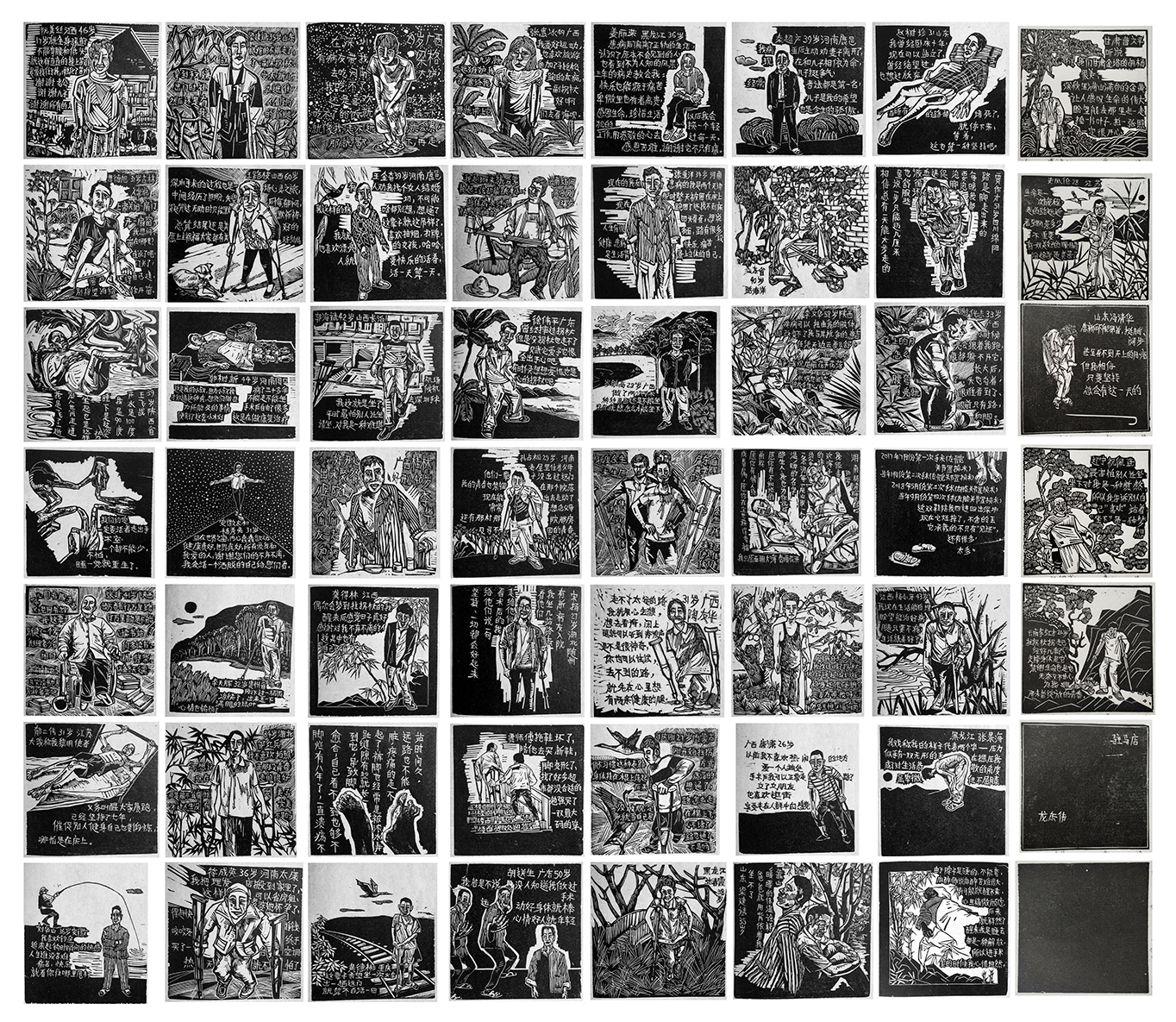 The little things in our daily life that we take for granted can often be a major endeavour for them. I can still remember all the start points of my own uncle who able to do first time in his life, such as to be able to sit up eating, to walk without walking sticks, to get on a train, go to the cinema, climb the mountain…

I started this series in August 2018, and I did not finish it until 2020. Each person suffering from the disease has a moving story to tell.

Take Tao Youhua from Guangxi, for example, his legs and feet are completely stiff, his heels are aligned inward, and his left foot point to the left and the right foot point to the right. They are in a straight line, like fishtails. He walked with crutches to prop up his legs. From a distance, his body looked like a piece of clothing hung on a hanger and floating above the ground. He said that if he ever stars in a horror movie, he doesn’t need any special effects. 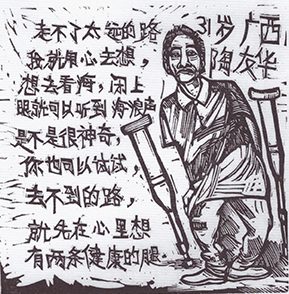 Another example is 40-year-old Li Hua, whose arms can be lowered, but not raised. He can’t hold chopsticks for eating properly and can’t move them to his mouth. So, he instead uses “T” crutches with a fork. Tie a spoon at one end, hold the lower end of the crutch in your hand, turn it, one spoon for rice and one fork for other food. Three meals a day, every day is the same. 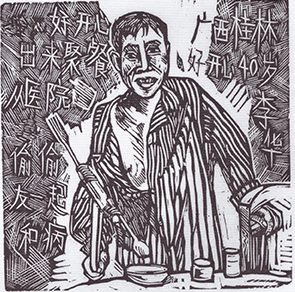 Zhang Jian from ShanXi said: “We have always been told to read as much as you can, travel as far as you can go. I cannot walk in my lifetime, so I built a small library called ‘Loving to Read’ for the elders in my village”. 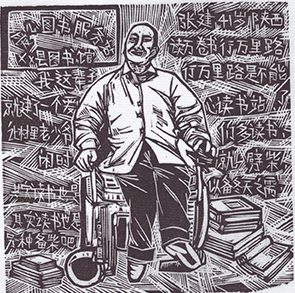 Liu Qinggang from Inner Mongolia told me that: “Initially, I was very uncomfortable with this way of walking. I hung my body on the stick and dangled. Later, I figured out that there is no rule on how to walk. I just imagined that I was flying on the stick. Got my head around the thought, and the road unblocked…” 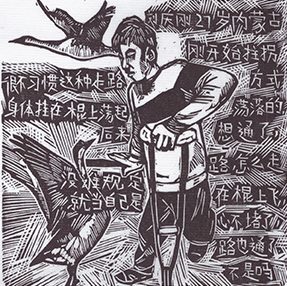 Yu Erwei is blind and his whole body is suffering from Ankylosing. He uses a special mobile phone to do morning calls to the morning runners in order to encourage them kept going without failing for the last eight years. He does his exercise on his bed afterwards every day.  If you woke up by this morning call, how would you feel? Everyone called him the ‘Messenger of Dawn’. 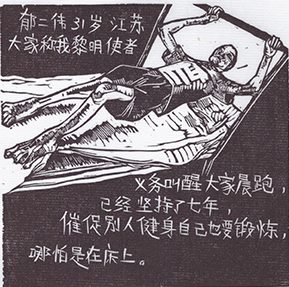 There are so many people and stories, and each one touches me very much, each of them has such a vivid soul. They all defeated everyday problems themselves, went out of the door to open the window to their souls and helped others as much as they could. I admire them very much.