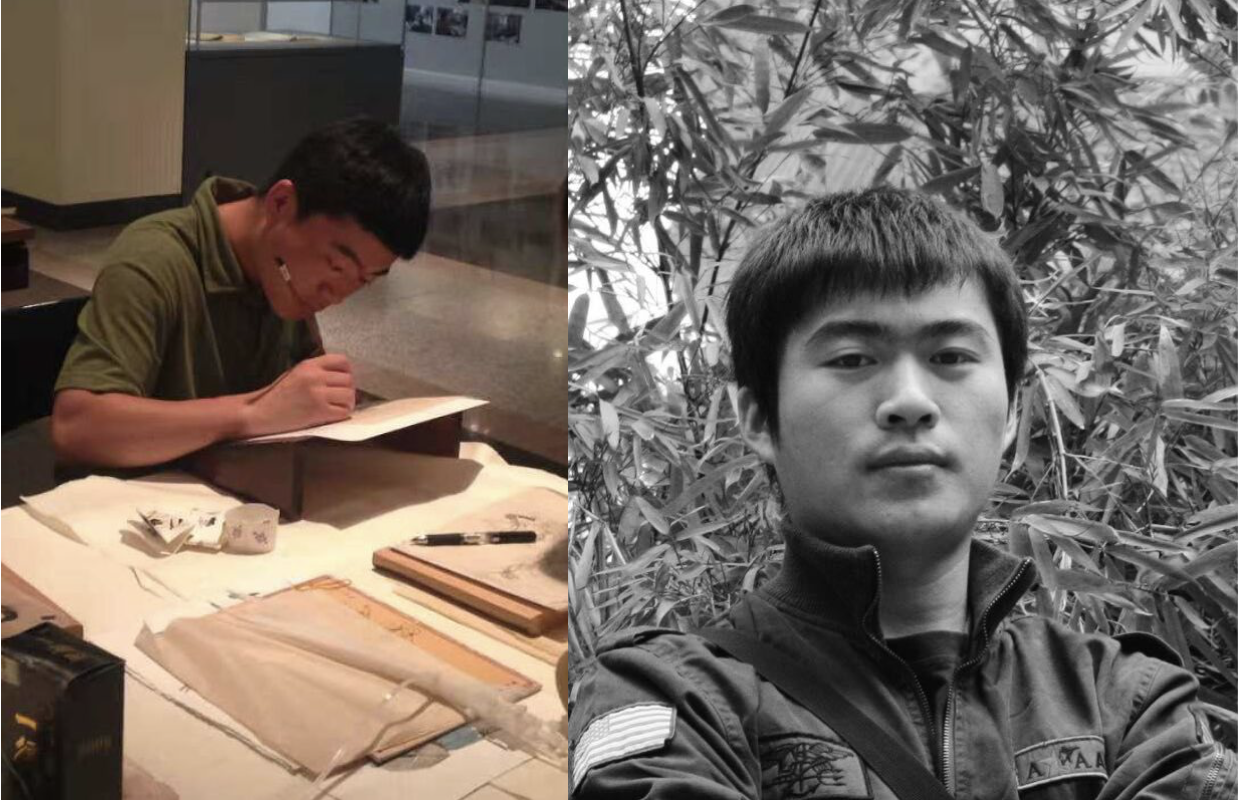 We’re thrilled to be exhibiting the work of Chinese artist Cao Ou at The Affordable Art Fair in Battersea, London next month. We caught up with him to find out more about his work. Read on to find out what he had to say (translated).

On the “Reconstructed Landscape” series:

“Due to the transformation of modern time and space, the modernisation of technology has caused people to lose their natural diversity. However, technology has unified the forms of buildings and roads. When we live in it, we cannot avoid being affected by it. In this case, the concept of landscape should not be placed in a fixed, stylised traditional context. I have been thinking about how to break the traditional aesthetic of people’s habitually.” 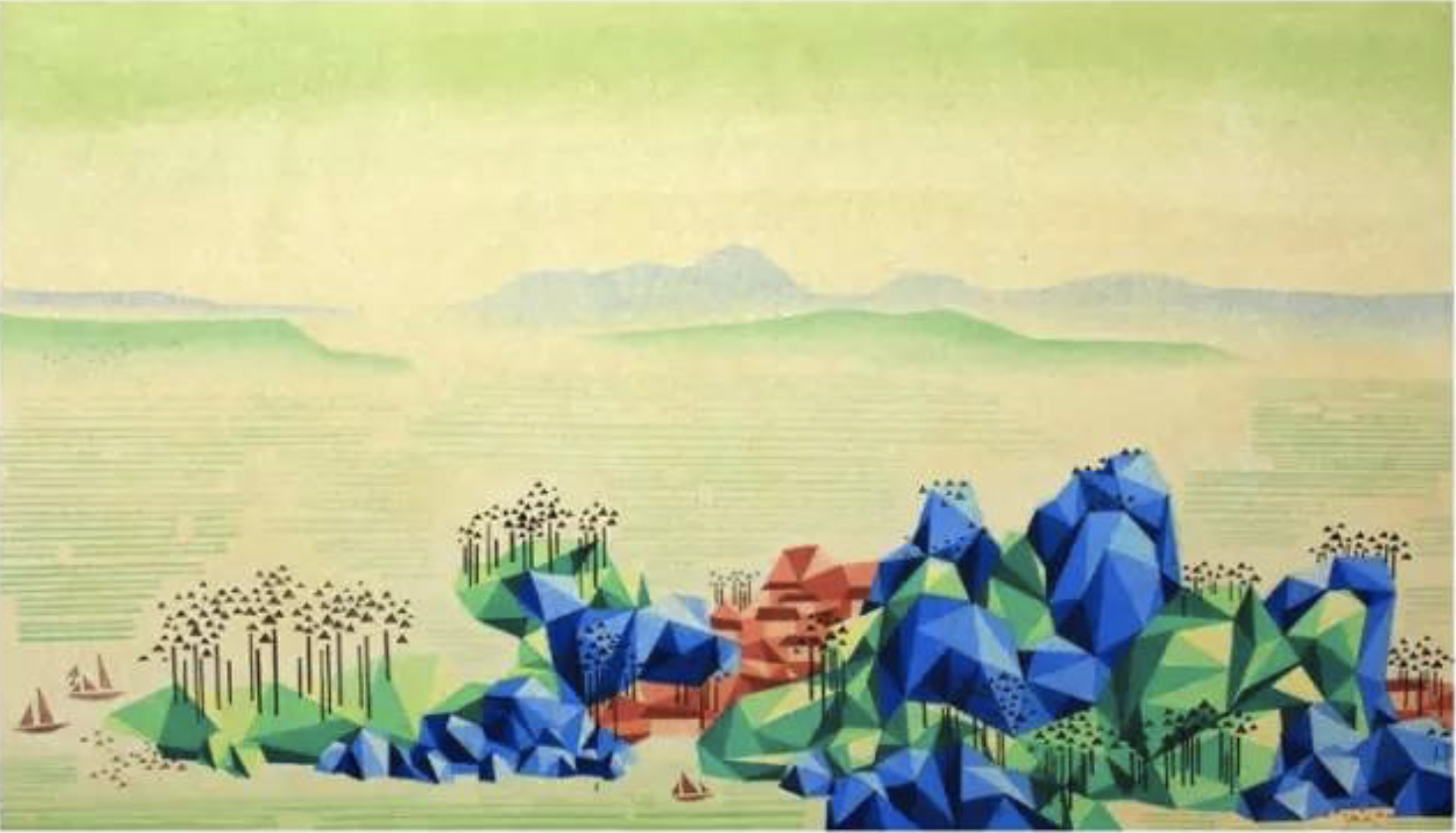 “This set of experimental prints is based on the Song Dynasty painter Wang Ximeng’s ‘A Thousand Miles of Rivers and Mountains’, all reinterpreted with a few shapes, which constitutes a visual representation of the landscape, rationally using simple shapes to become a complex composition. The shapes are pilled up into a triangular stacking game. The colours overlap repeatedly, and the use of primary colours creates a dizzy effect.” 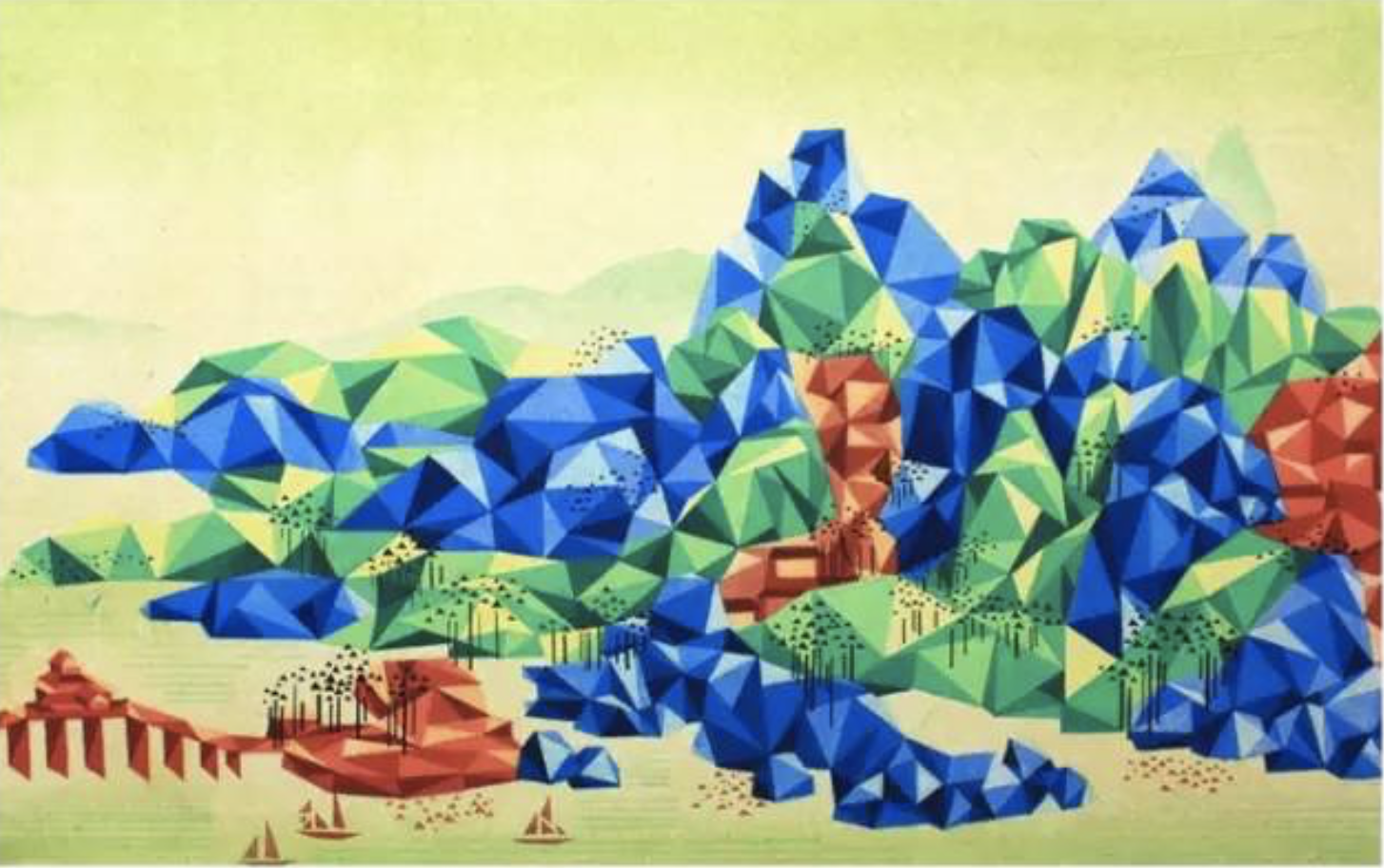 “I have always been attracted by the beauty of repetition. I am sensitive to the unified form of mechanised production in life, such as the tall windowsills, the parallel patterns on the walls, and the uniform patterns in clothes. I have always been attracted by these complex and unified forms of beauty, so I chose to use geometry as my linguistic symbol to express the content of the picture in pure form. Sometimes simplification can make the theme of the picture clearer and clearer, more intriguing and more interesting.” 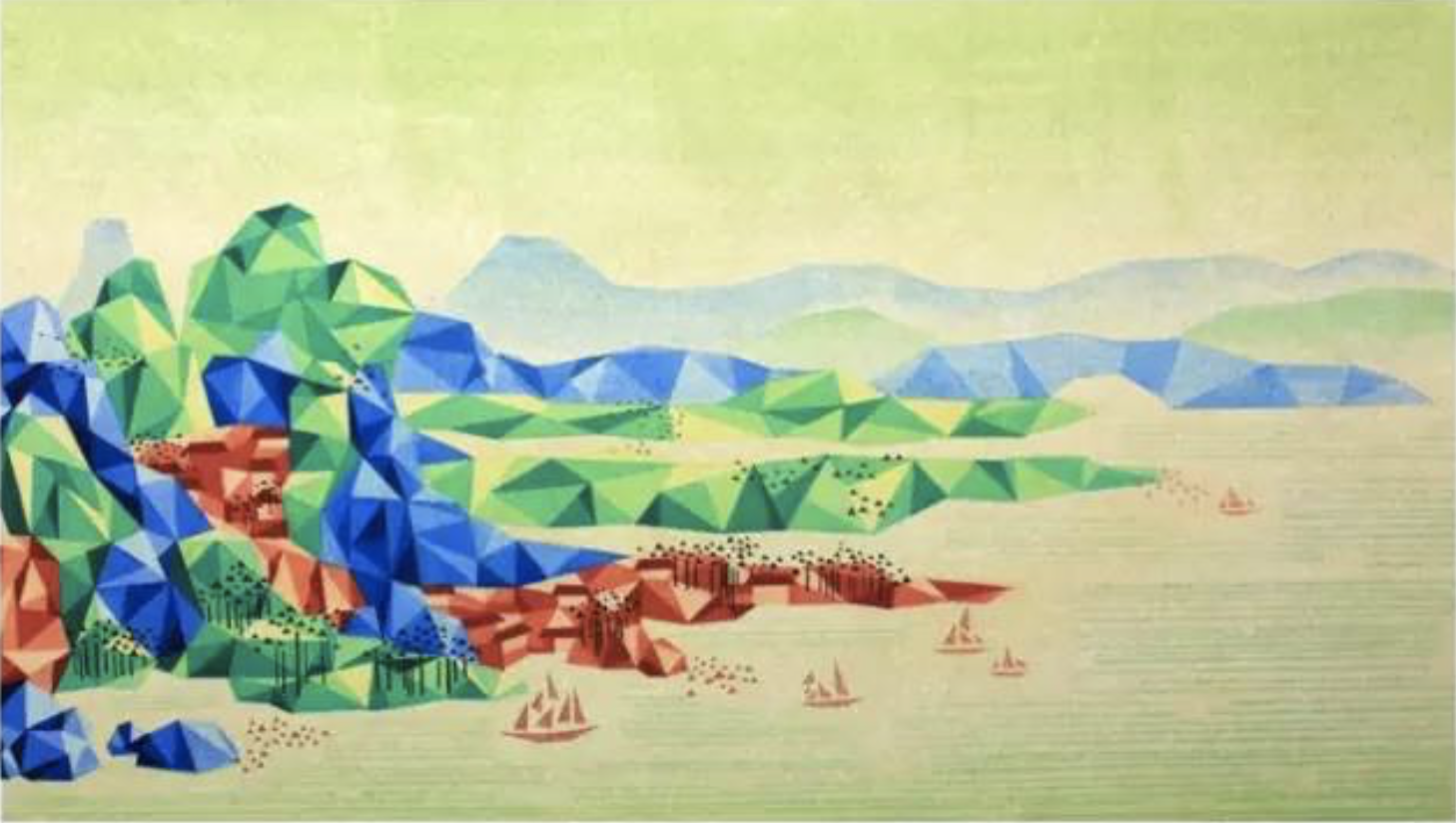 On the “Advanced Animals” series:

“I found my inspiration from the song ‘Advanced Animals’ by Dou Wei (a famous Chinese rock singer). All of my titles are part of the lyrics. The lyrics of “Advanced Animals” show various gestures that reflect people’s lives. One’s life experience decides its character. Due to different psychological characteristics different social circles and working circles are formed. I hope through this series to make the viewers to reflect on their own current environment and find the true colours of themselves.” 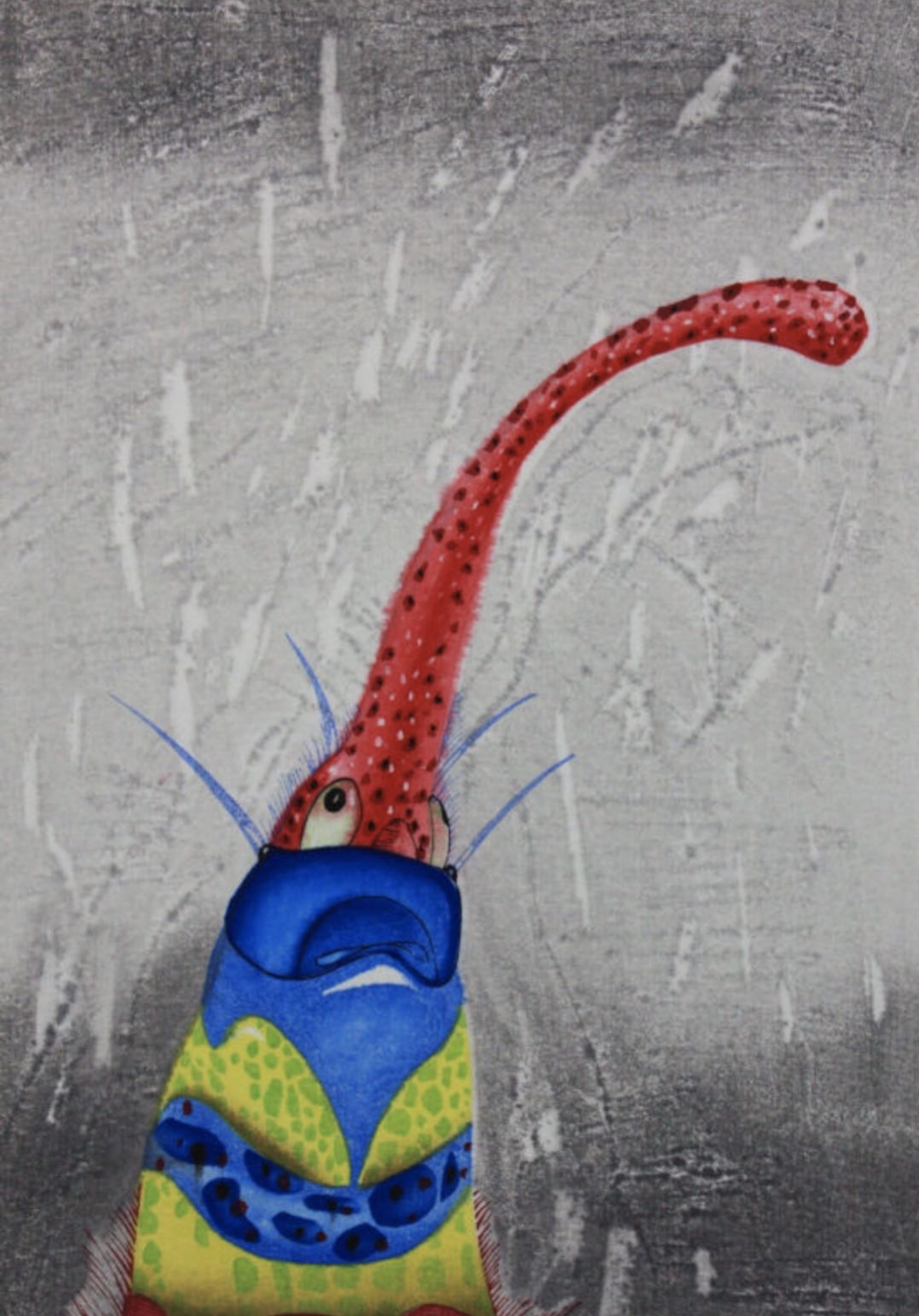 On the “Theatre Landscape” series:

“This series of works continues and expands on the expression of “Reconstructed Landscapes” with a flat style, using the images to express the multiple relationships between landscape, culture and people or with themselves – tourism, protection, possession, destruction, etc. I hope that the audience will see that this group of works can trigger deeper thoughts on the relationship between humans and our environment.” 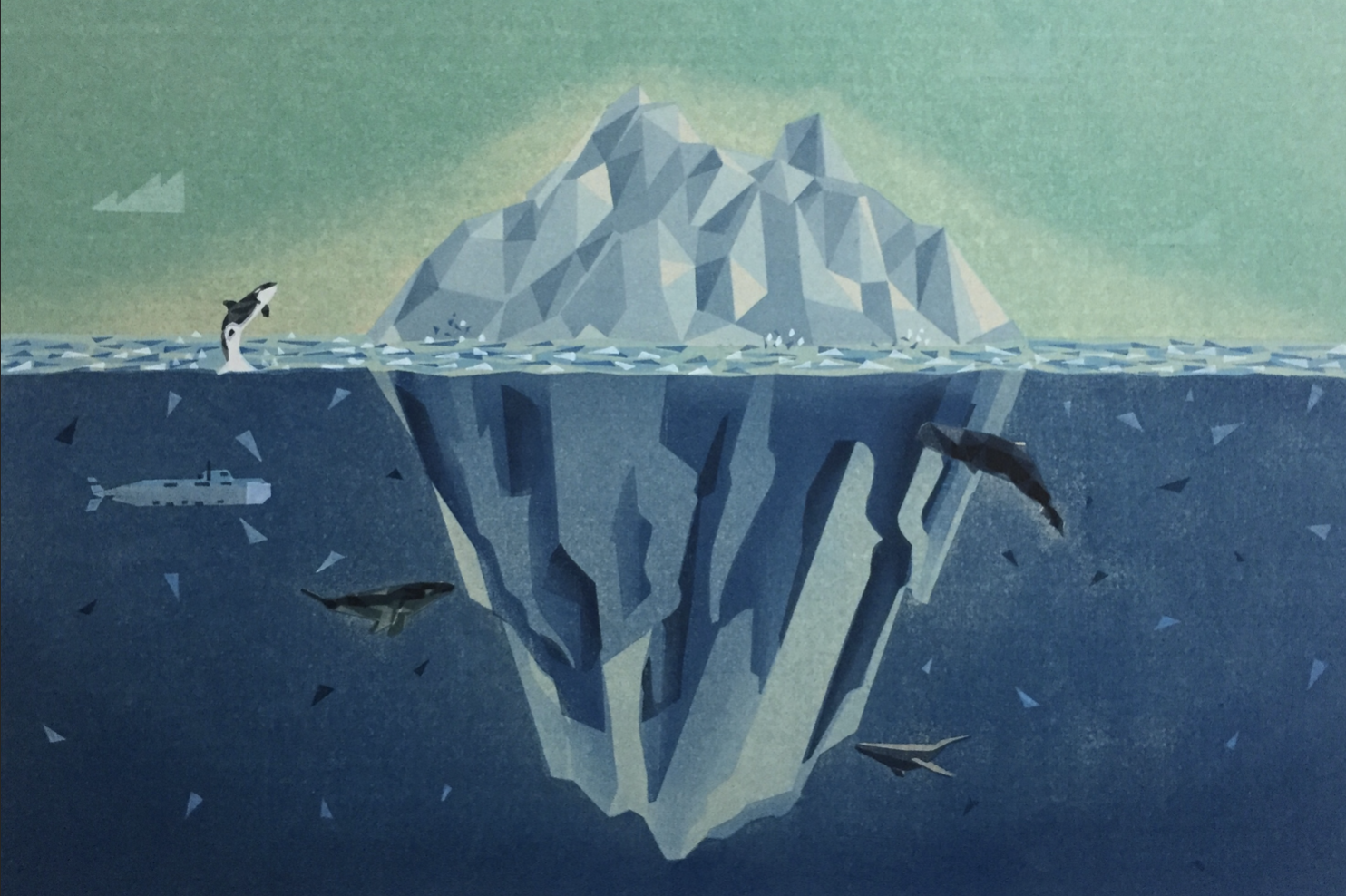 “All my works are printed on Chinese rice paper or Bark paper. The inks are mainly Chinese ink and watercolours, gouache. I use the traditional Chinese water-based printing method called ‘Do Ban’ as the main technique.”

Here’s a short video of Cao Ou at work:

We look forward to presenting his works at the Affordable Art Fair in Battersea from March 7-10. Please use code “ARTCHINAHP” to purchase half-price tickets and come and see us at stand J3!