On 17th September 2020, the “Nanshan 138: Zhejiang youth promotion project of contemporary art (2020)” hosted it’s third solo exhibition: “Cao Ou: The entropy disappear at absolute zero” in the Zhejiang art museum. Cao ou attended the museum and provided a live review of the exhibition, which opened a new model of online and offline interaction, which received lots of viewers with very positive feedback. The exhibition continues until 18th October 2020. 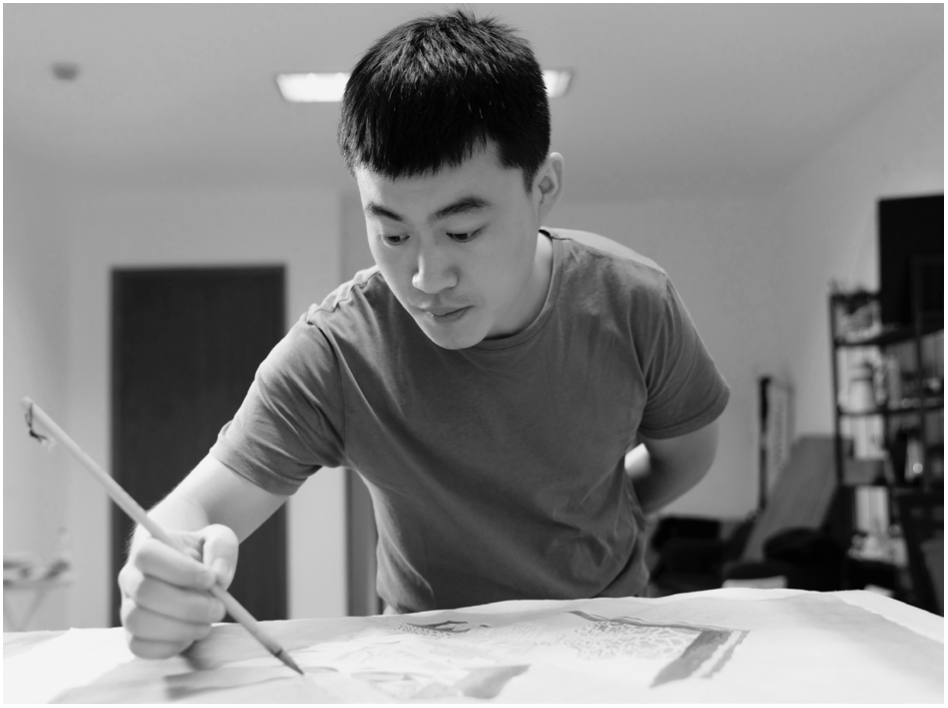 The origin of the “Coexistence” series comes from Cao Ou’s two years of work experience within natural museums. At that time, he visited many natural museums and came into contact with animal, plant fossils and bones, and viewed many animal and plant specimens and drawings. “Coexistence” is literally understood as living together in nature, but the inspiration for Cao Ou is more about the cycle of life and death, as well as the way of getting along with each species. It is a metaphor for there are many law of life cycle in nature. Human beings live in nature. So we are also participants of the law. The “Coexistence” series depicts animals and insects. Cao Ou arranges these animals like chess pieces and expresses his thoughts on the laws of nature from the perspective of the viewer. 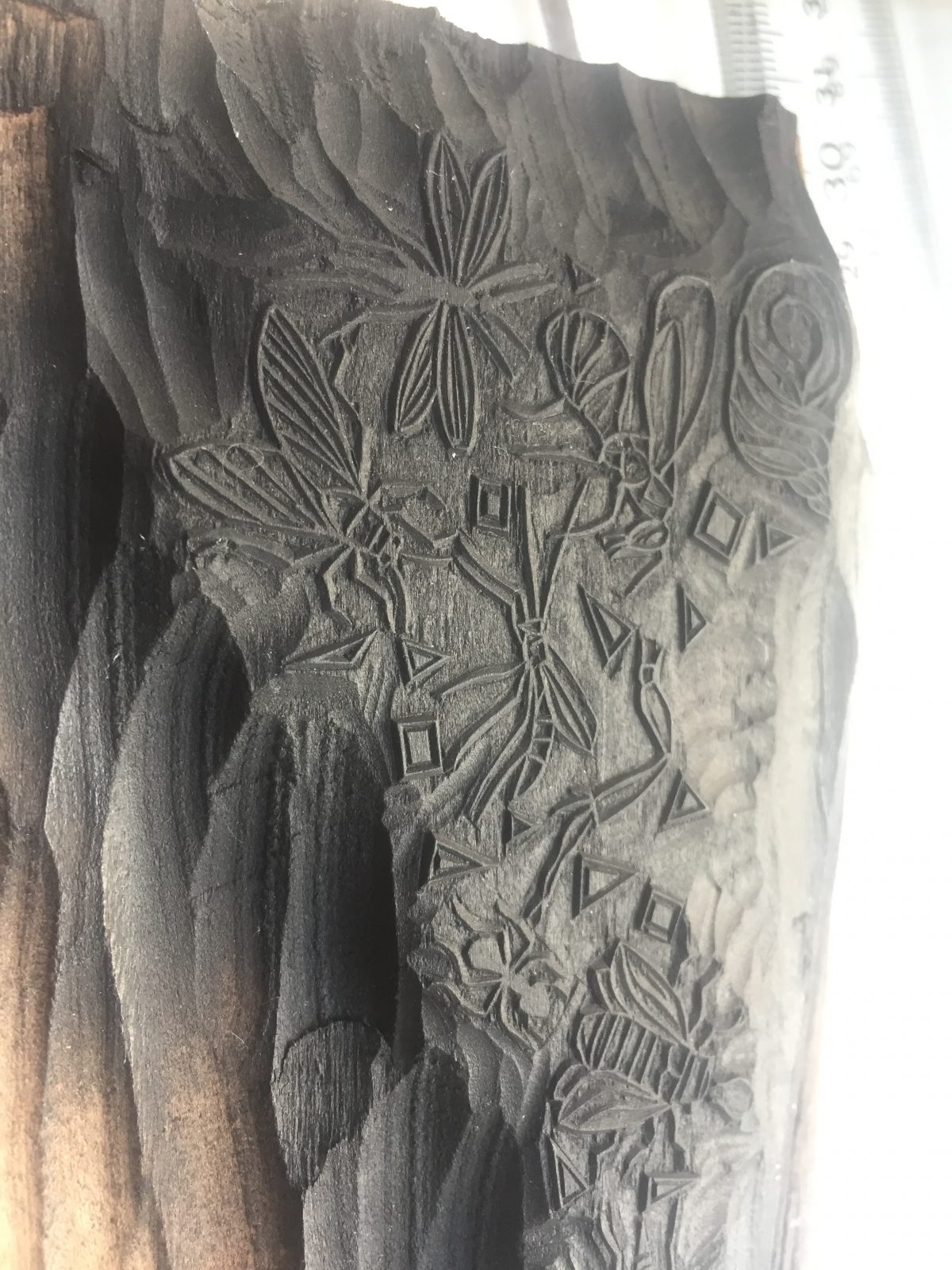 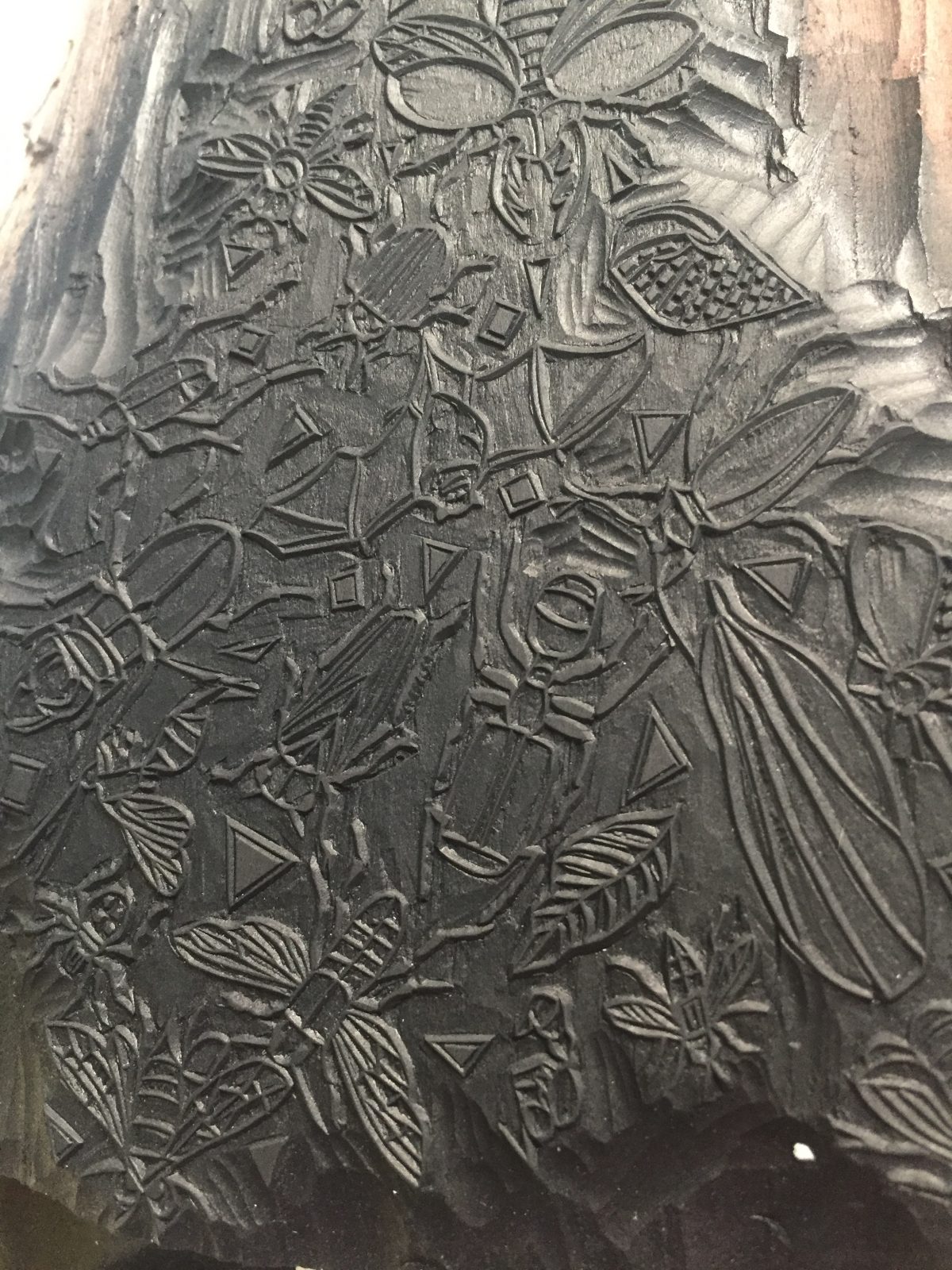 Things that seem to be out of order in nature are carried out in an orderly manner and follow the law of life cycle. The primary law of nature is from disorder to order and then back to disorder. For example, the solar system has evolved from disorderly chaos to orderly, and will fall into disorder in the future; life will evolve from chaotic inorganic matter to a colourful life form, and it will also die out and turn into dust in the future. 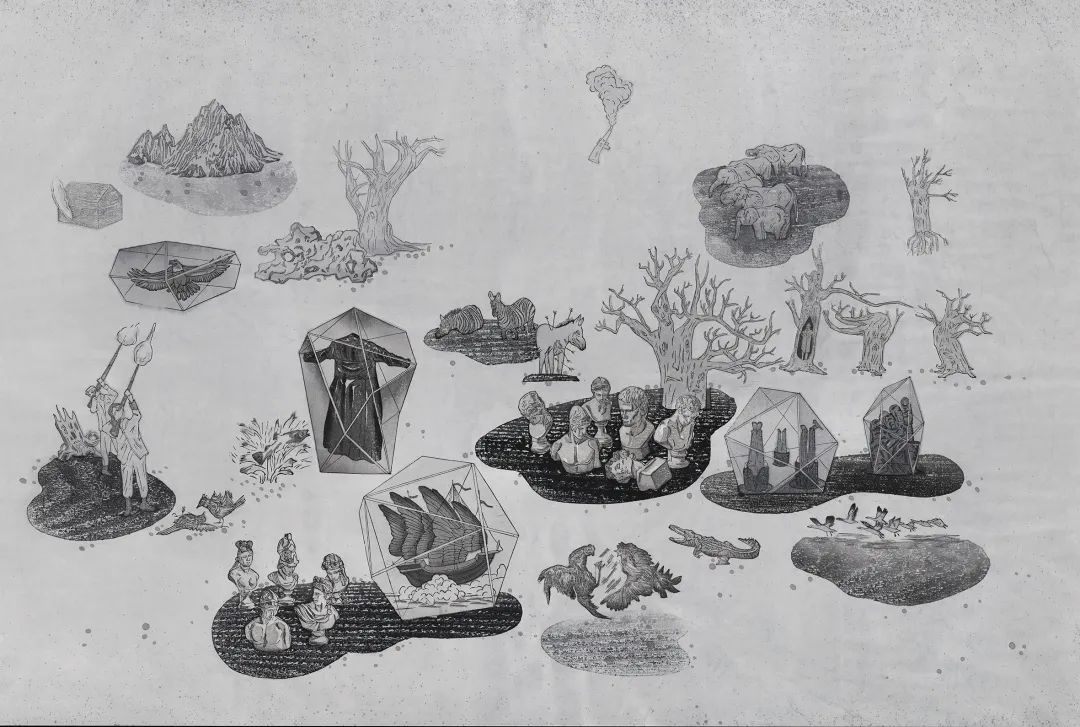 In this print, Cao Ou created a wasteland where a person coexists with animals and plants. They seem to be unrelated, but they all exist disorderly on the wasteland. The subconscious self-protection becomes their fortress, forming a disorderly absurd image.

“Physics Diary Series” is Cao Ou’s first attempt to intervene in the “archaeological” performance of anthropology from an artistic perspective. A random contingency is used to contrast the scientific rigour of professional archaeologists, and the absurd words formed by these contingencies can dispel the public’s perception of familiar attitudes in museums. 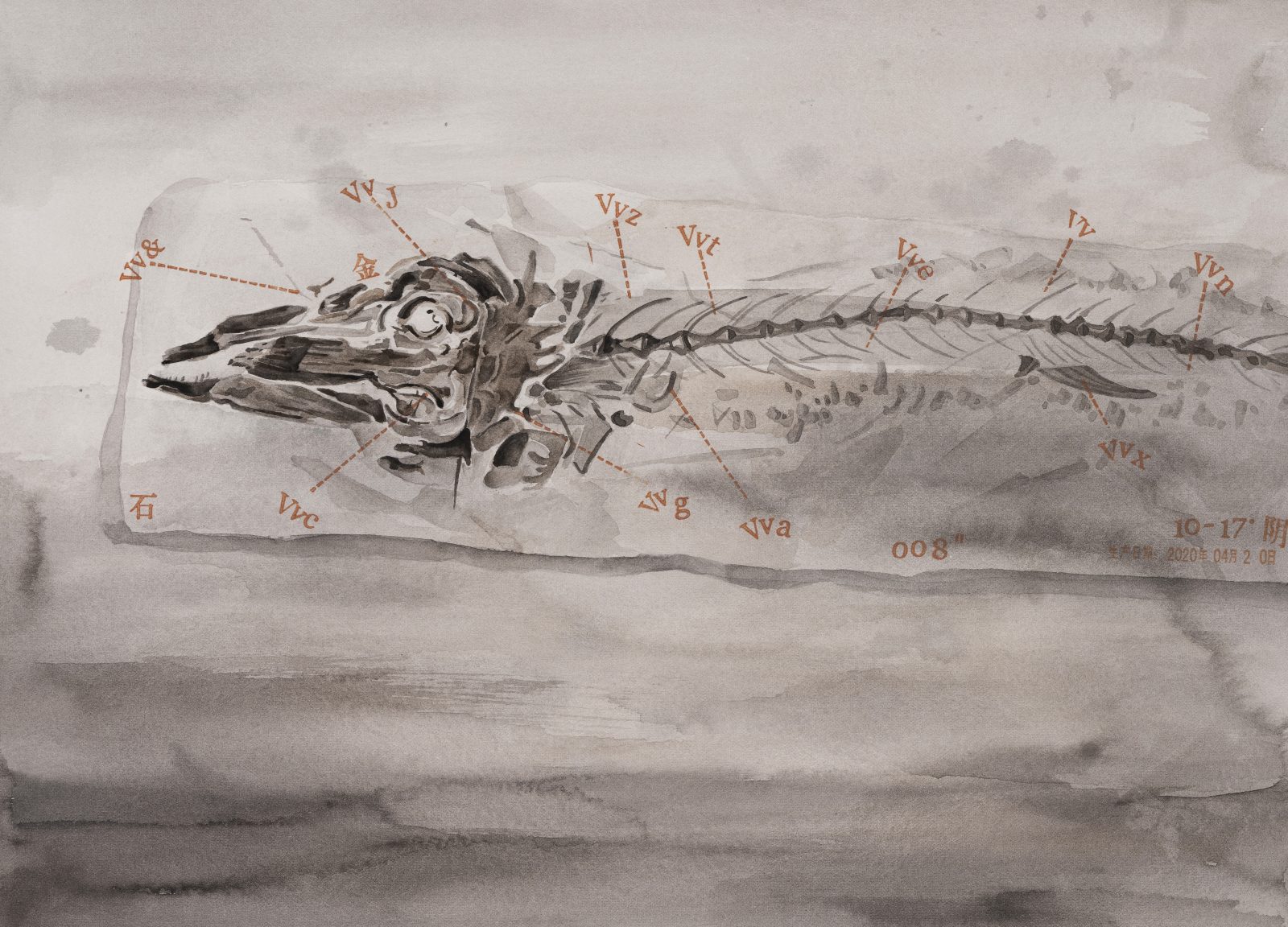