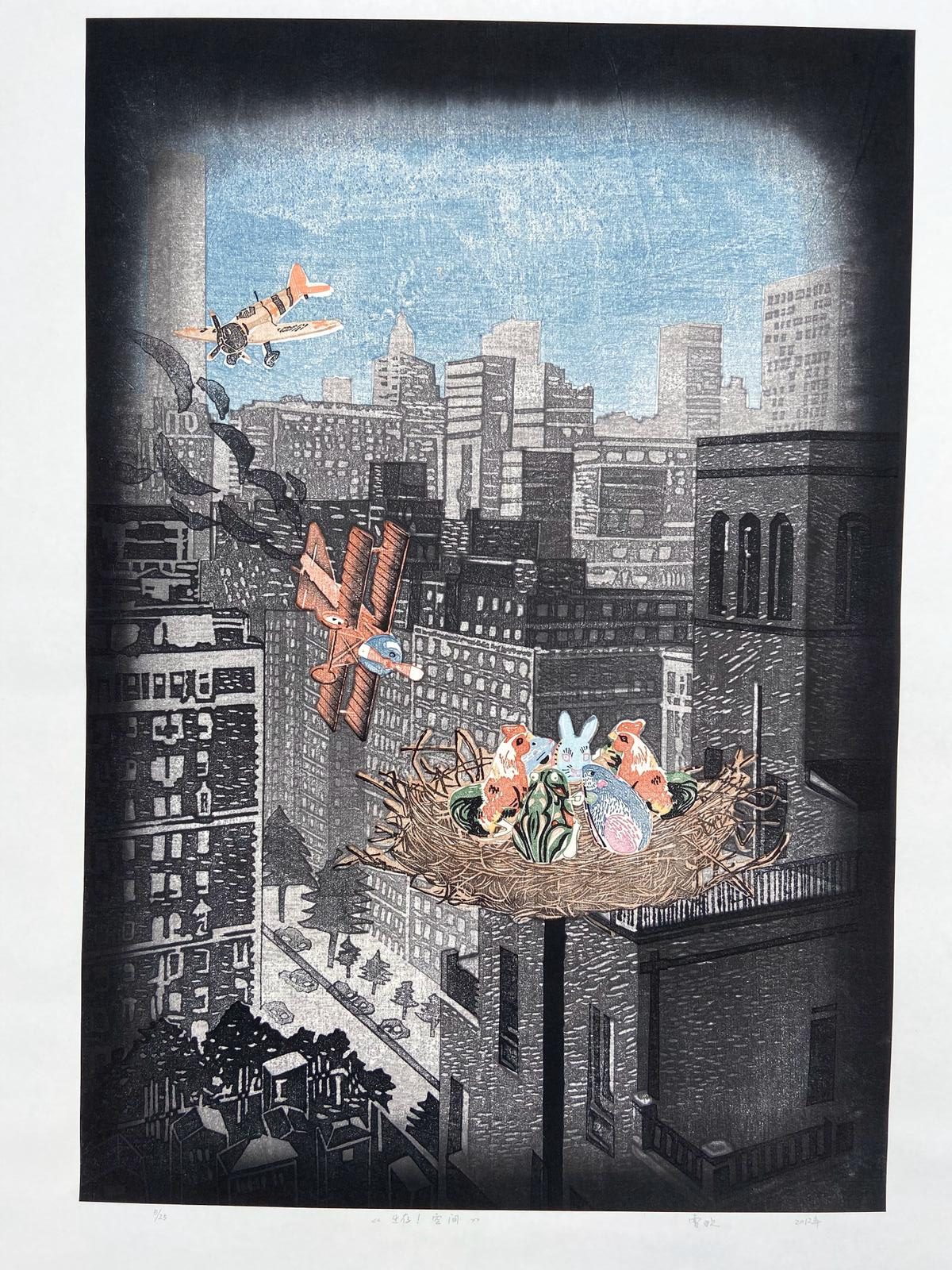 This painting addresses the stress of living. The background of the painting is a congested modern metropolis and, without a foothold for a nest, birds can only dully stare at each other in the nest which is supported by an extremely thin pillar. The nest is isolated and in danger, a damaged aircraft is falling towards it, which implies that accidents are unavoidable even though living in an isolated nest. The scene is surrounded by black colour, which is to increase the oppression of the picture, and to create a sense of tragedy. 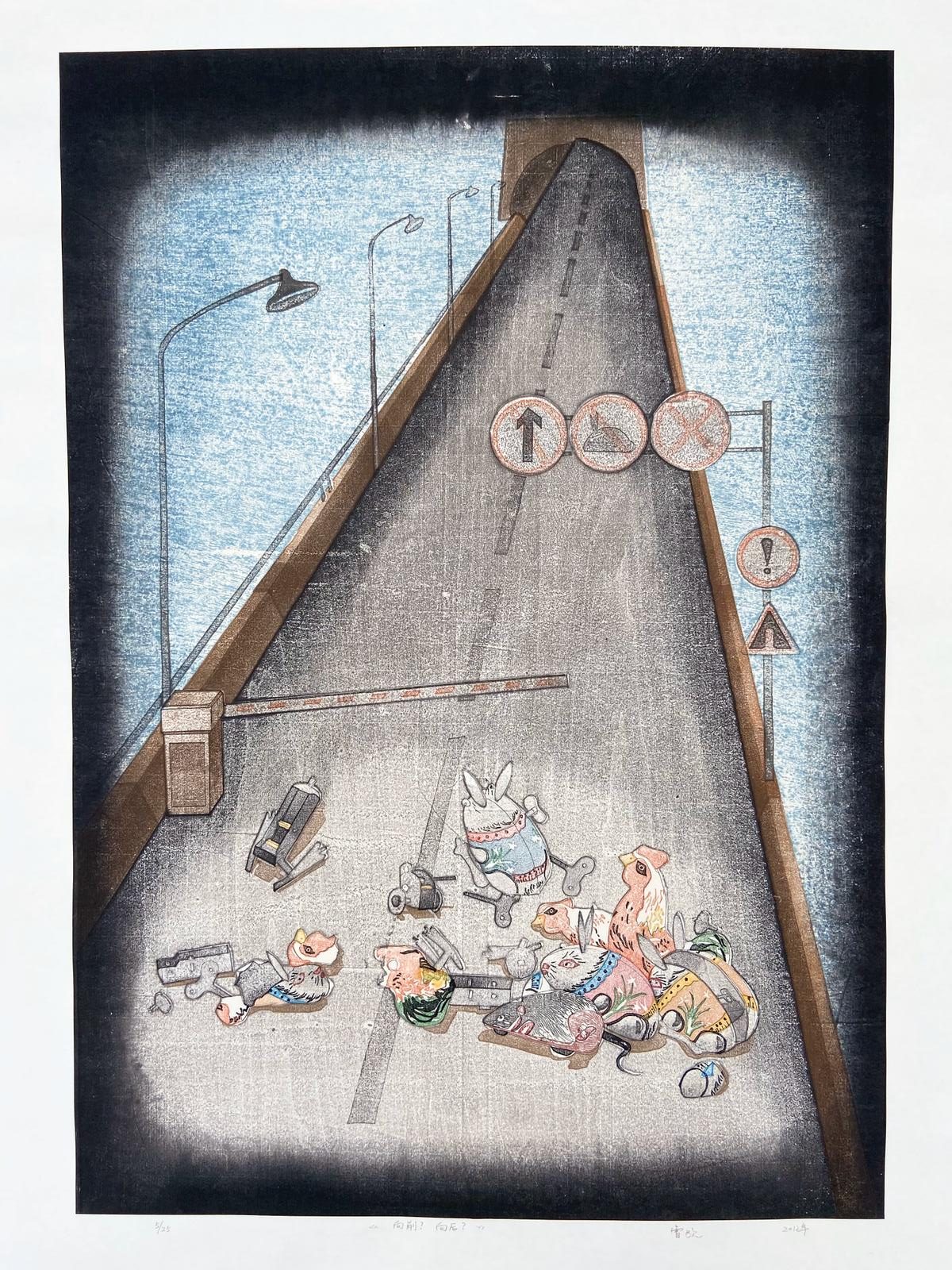 This painting expresses a confusion I had about my future path and didn’t know where to go when I just graduated. In the picture, it’s a tunnel at the end of the path (because the tunnel is dark, it can be interpreted as the road leading to darkness, but only after passing through the tunnel will the light come). On the road, there are two signposts for passage and no passage, the roadblock is also half open. All those details imply that the choice is yours, you have to make decision on your own, that was the mindset for new graduate. 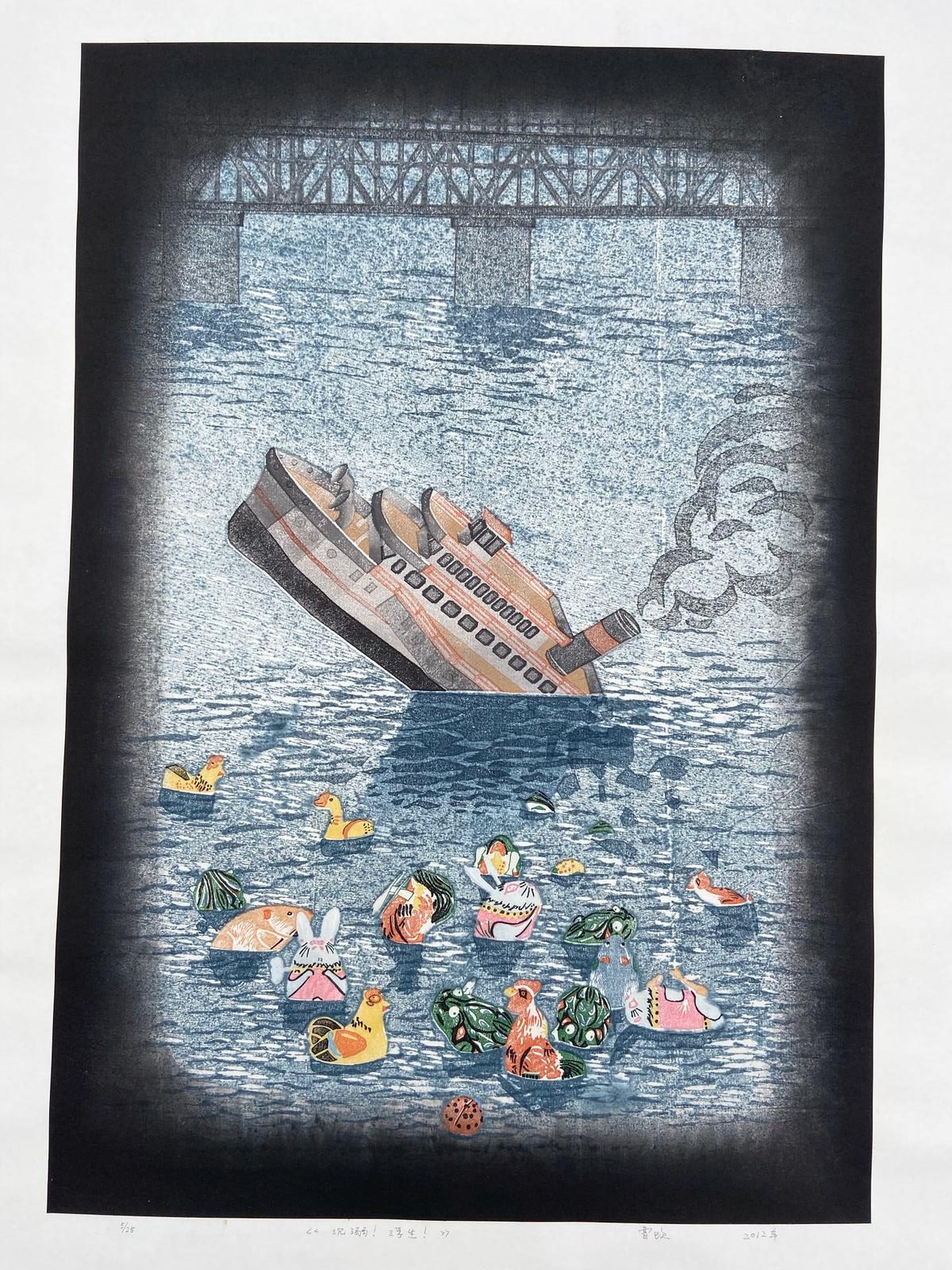 I was living near a bridge over the Qian Tang River. In the picture, the bridge in the background has a delineated base. Due to the situation of the spring tide, the Qian Tang River drowns people who come to watch it each year, and those victims mostly are tourists. Thereby, I addresses the event as a beautiful thing, while unexpected accidents still happen while people are enjoying it which is not something that can be controlled by human beings.

“LEAP FORWARD”, the title of the work, was implanted with a meaning. In the 1050s in China, there was a historical event of “the great leap forward” which was to develop the social economy at all costs. I was inspired by the fact that I’m living in today’s era of rapid economic development, (certainly conditions of development have improved), yet I want to reflect that there are still some trade-offs. There’s an old saying in China: Man struggles upwards; water flows downwards. In the picture, I depicted an arched roof as a background. It’s a perspective of looking up, and the frogs (referring to the people) are struggling to reach higher. Some of them are already fragmented in their bodies, thus incurring the phenomenon of collapse, signifying overloaded behaviour such as people working overtime, etc.