Large Print: A Space for Poetry – The Canal from Beijing to Hangzhou

From October 2019, I was fortunate to have participated in a talent training program for major themes by water-based woodcut artists, which was organised by the National Art Foundation, and led by Professor Chen Qi of the Central Academy of Fine Arts. I was the youngest person on the program, and I successfully set foot in the field of creation of major themes under the leadership of a group of academic and professional teachers, artists, and students. We were a group of 15 people engaged in art education, or freelance artists who have begun a great creative themes journey of returning to the classroom. Our object of study was the canal between Beijing to Hangzou, which was built during the Shui Dynasty. 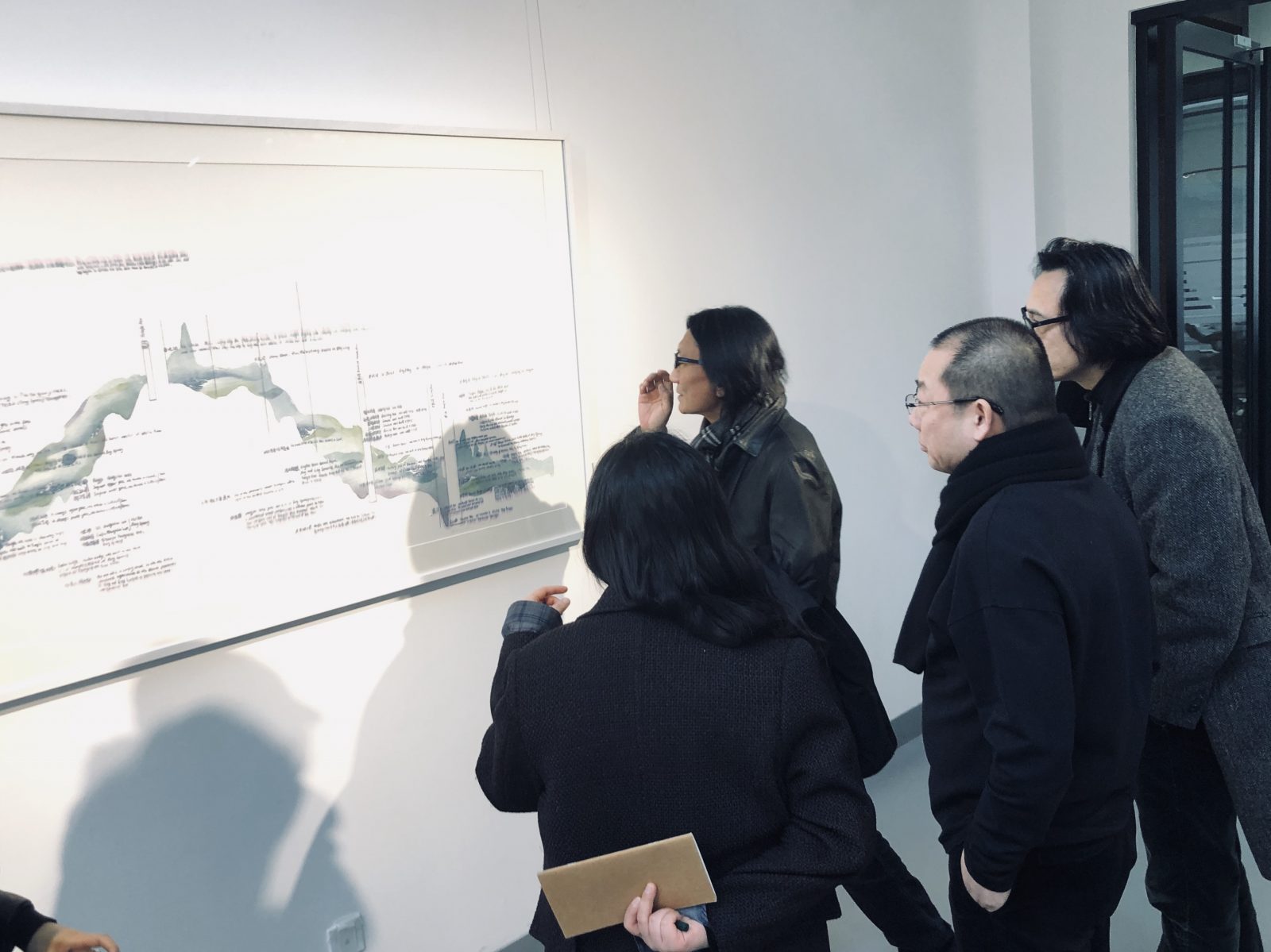 On 26 October, we set out on our Yangzhou trip. During the fieldwork sessions on the Yangzhou section of the canal, and through the words of Professor Chen Qi, our guides, commentators and local residents, the impression of the canal I gathered gradually began to reveal itself, little by little, from a hazy vision to reality. 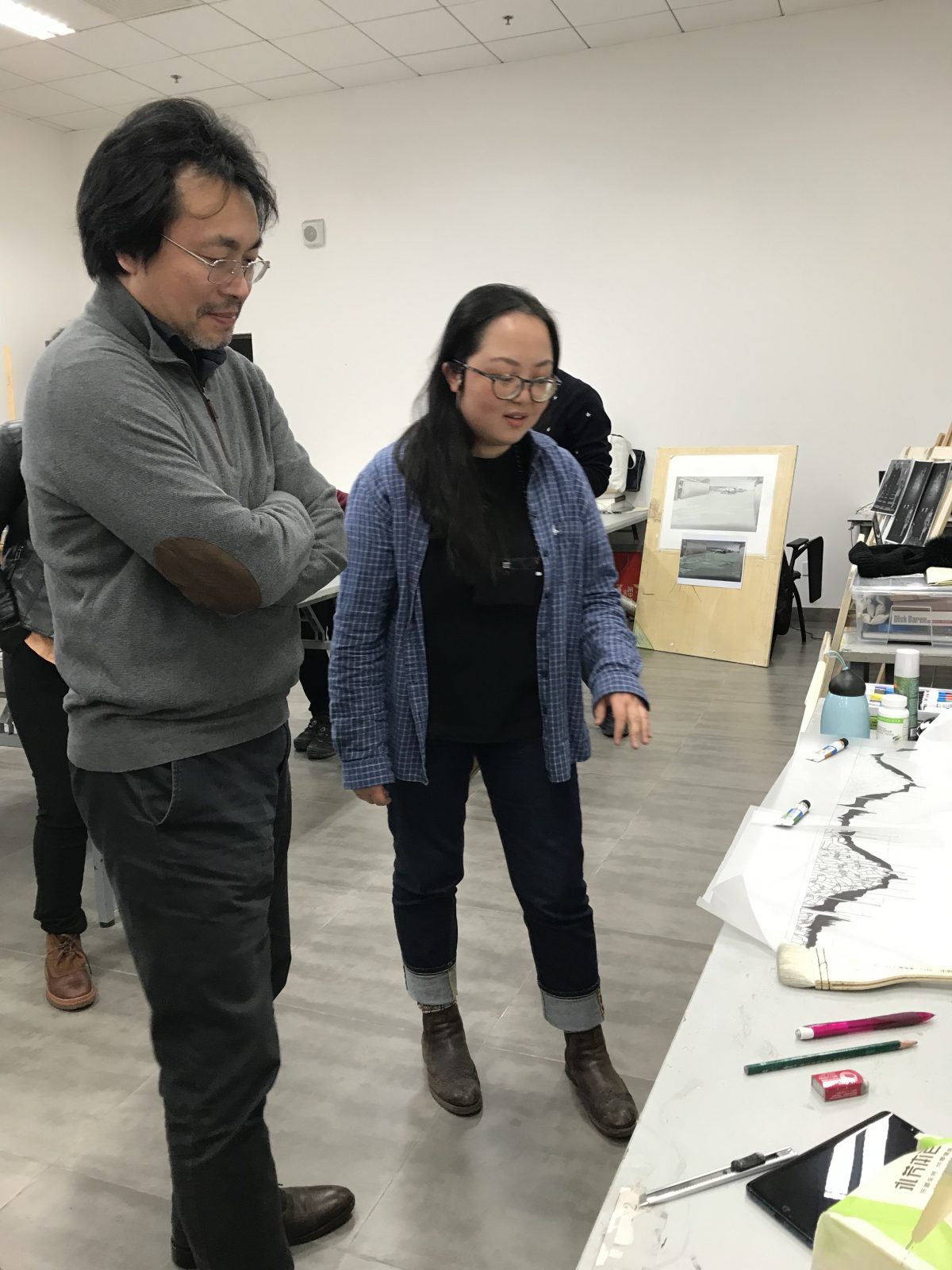 By chance, I watched the entire operation of the Shaobo lock opening and enjoyed a conversation with a real canal boatman. These experience helped me came out of the confusion of the creation of the big theme and found a specific point to explore, which evoked my strong interesting in the creation of great themes. 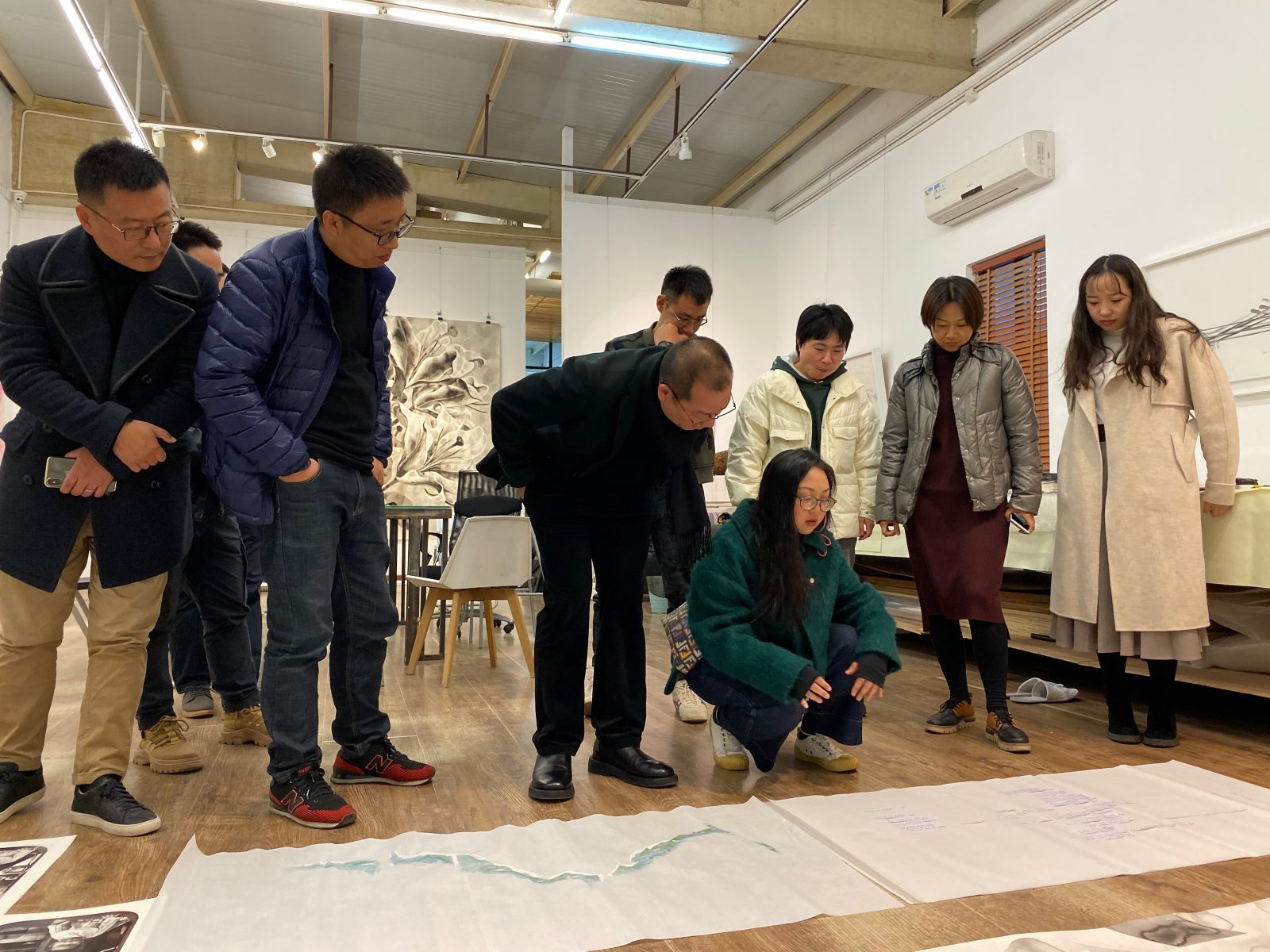 At the gates of the non-stopping locks, there was the captain (also the head of the family). He was struggling to step out, stretch his feet and arms to check the height of a ship so he could tell whether the container was safe or not to pass through the lock. There was an old couple sitting on a small wooden boat fishing on the canal. There was a little boy in a yellow puffer life jacket, with a running nose. There was a white dog with a wagging tail running around the deck of a ship. The alley vendor sold snacks called “Da Da Zi” and he asked me heartily if it was delicious. At Yucheng Station, a group of young workers carefully measured on the Drum Tower and discussed whether to repair it next year. Elders played chess in a circle around Gudaogou Lane… 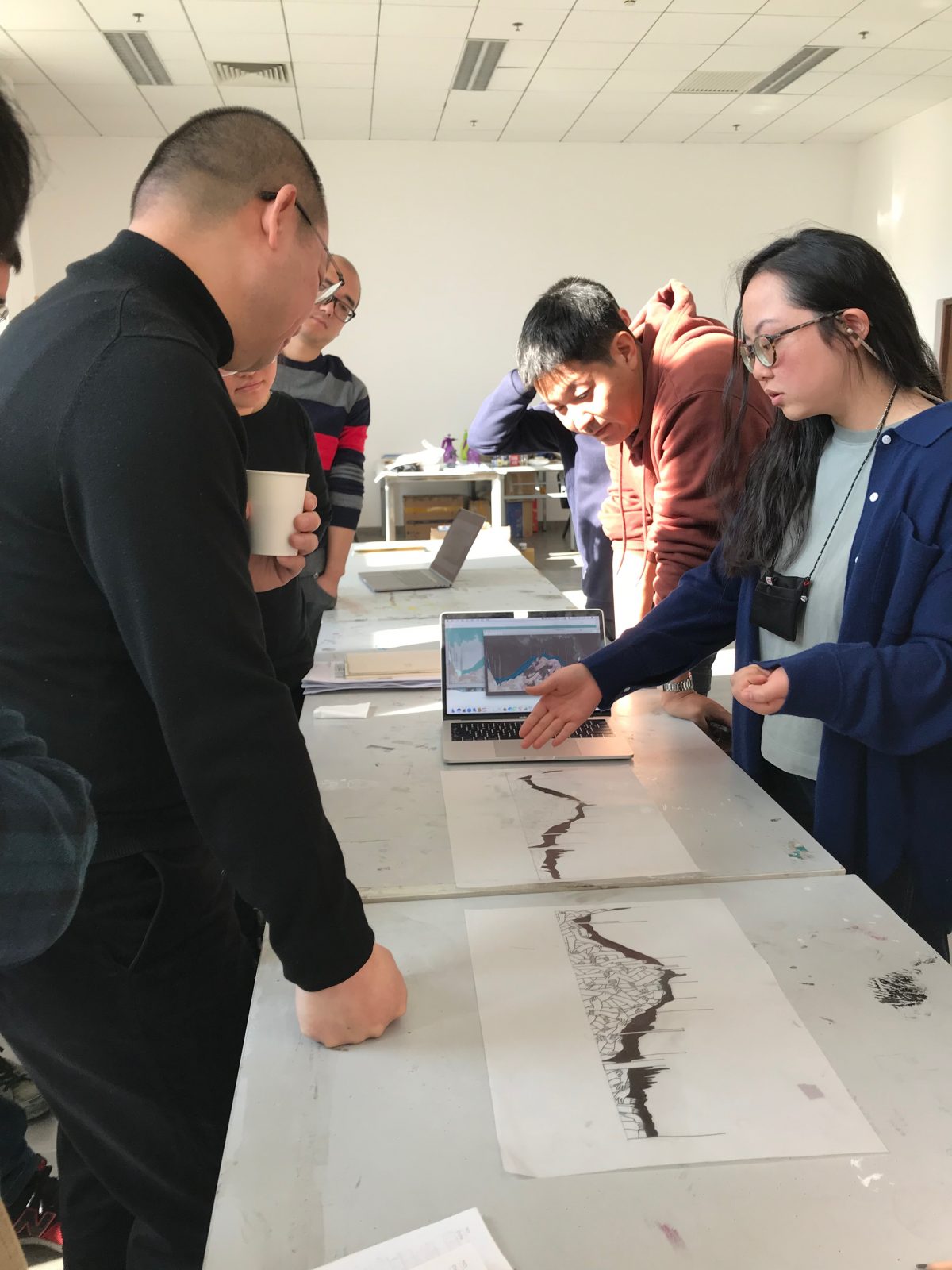 During our 9-day journey, these experience made me want to explore the canal. The Grand Canal has gradually formed in my mind ⼀ a long dragon with water as the carrier. The sparking surface of the water bears more than just the political economy created by cargo ships. Value, instead, bears the name of each person who is dedicated to the construction, navigation, transportation, wisdom, and sweat that goes into its running and maintenance. 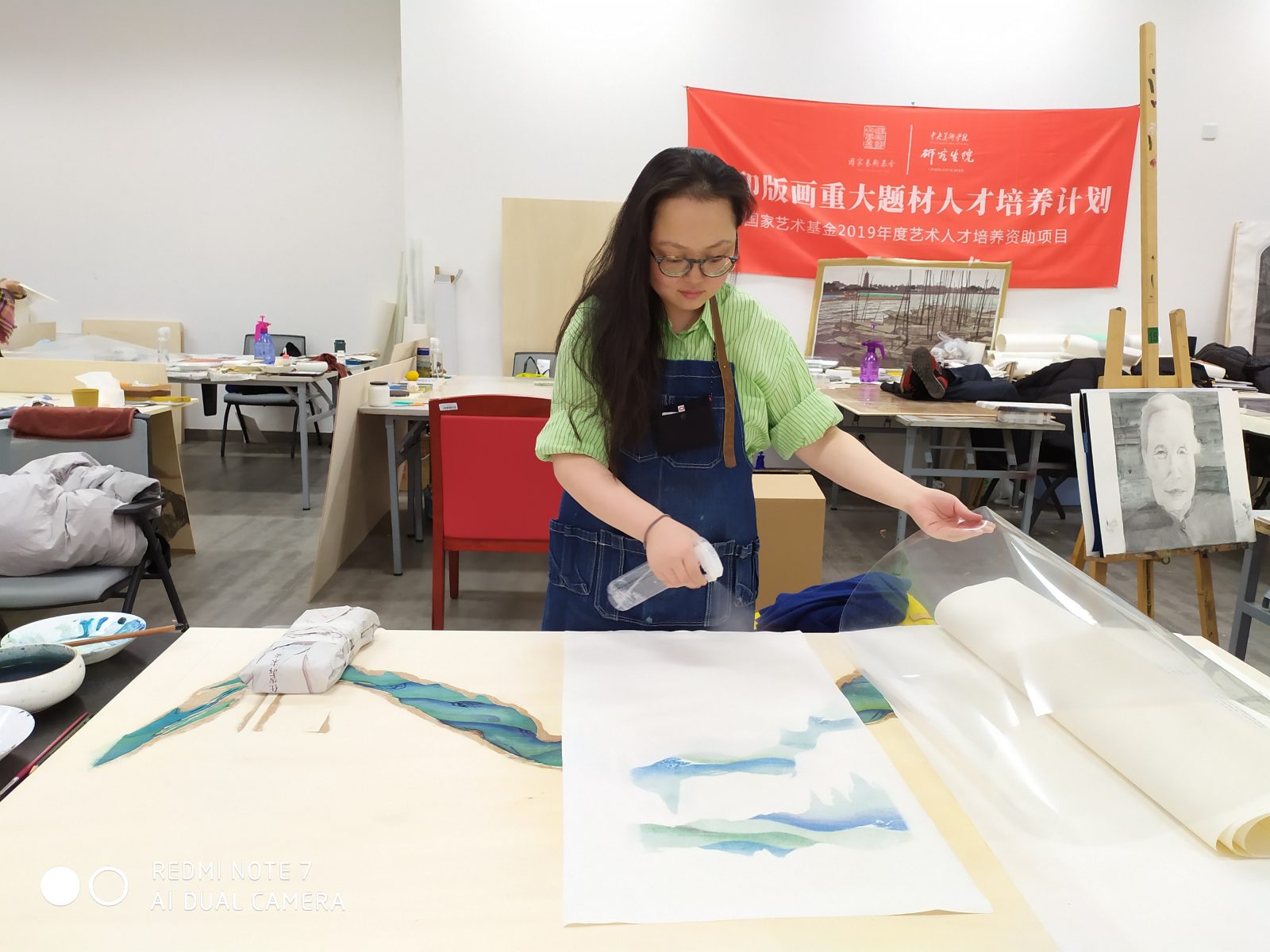 I added an element of “readability” to the sketch, and there is specific text on an abstract river. I hope that this can create new visual conclusions. After undergoing three transformations of the work, although there are still many details to be considered, they are finally getting closer to the visual I want to portray.