Three Transnational Moments in the History of Chinese Art
中国艺术史上的三个跨国瞬间

This series of three lectures concentrates on the first three decades of the twentieth century, when the two binary oppositions of modern/traditional, and East/West, first came to be applied to the art of China. It attempts to place the developments of this period in a wider framework, by paying close attention to the specific acts of translation and transposition which moved ideas and objects around the globe at this point, making for an unprecedented degree of transnational input into the way Chinese art was understood globally at this time. Each lecture takes as its starting point a pair of encounters between individuals, texts and places, to examine how an understanding of ‘the cosmopolitan’ – here defined simply as ‘how people have thought and acted beyond the local’ – can deepen our understanding and appreciation of the culture of this key period. Arguing that ‘cosmopolitanism is not a circle created by a culture diffused from a centre, but instead that centres are everywhere and circumferences nowhere’, the series will try to find new ways of studying the modern art of China which finally move us beyond concepts like ‘influence’, to understand flows and connections in a more complex manner.

The first lecture of the series takes as one of its starting points the first engagements outside Asia with the ‘Six Laws’ of the 5th-century writer on painting Xie He, particularly the first English translation made by Okakura Kakuzo (1862-1913) in his 1903 book Ideals of the East. Particular attention will be drawn to the Indian environment in which Okakura wrote this work, and to the way in which that environment conditioned the understanding of the influential British curator and art historian Laurence Binyon (1869-1943). The second starting point of this lecture is the training received in Paris by the Japanese artist Nakamura Fusetsu (1866-1943), author of one of the earliest and most influential histories of Chinese painting. Together these episodes will start to unpack a network of ideas which moved rapidly around the globe as ‘Chinese art’ came into focus as a new type of object for study.

By the early 1920s, a rich body of literature in a range of languages sought to interpret the history of Chinese art. This lecture will look at those developments, and at the ways in which a canon of key figures and key ideas came to be formed and circulated between major centres such as Beijing, London and Tokyo. At the same time, it will examine the global reach of certain currents of thought which bore upon the understanding of art, and most particularly on the thought of Henri Bergson (1859-1941) and Hans Driesch (1867-1941), whose ideas of ‘vitalism’ were debated and deployed on a truly international scale. Appropriated by major scholars such as Cai Yuanpei (1868-1940) and Liang Shuming (1893-1988) these ideas formed part of a newly transnational framework of thinking about art.

This final lecture of the series will look at the flourishing of a truly global environment for Chinese art in the later 1920s, at the movement of artists between a number of points of activity, and will revisit one of the most famous controversies of an era which was particularly marked by polemic and debate. This was the famous controversy instigated by the painter Xu Beihong (1895-1963), whose essay ‘Doubts’ will here be resituated in the context of global reactions to modernism in the aftermath of the First World War, to show how an artist based in Nanjing could be a full participant in the flow of ideas which connected a range of sites in what was truly in the process of becoming an ‘art world.’ The lecture will conclude with some reflections on how we might create a less mechanistic art history, one which takes fuller account of the full range of art practices in the historical past. 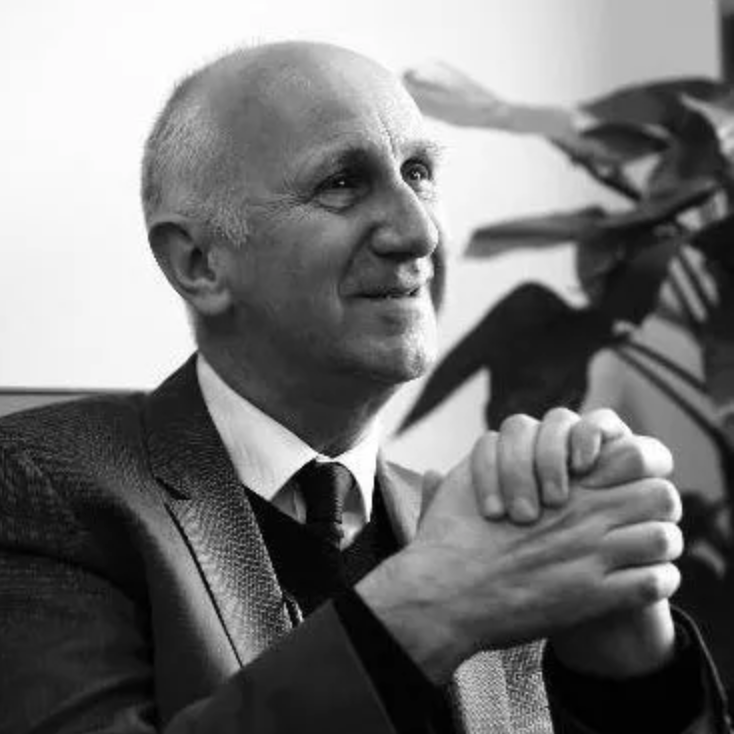 Craig Clunas (b.1954) holds a Ph.D in Mongol and Chinese Studies from SOAS, University of London. He worked at Victoria and Albert Museum for fifteen years as a curator and researcher, before taking up faculty positions consecutively at University of Sussex and SOAS. From 2007 to 2018, he held the chair of art history at Oxford. In honor of his distinguished research work, Clunas was elected in 2004 as Fellow of British Academy.

Clunas’s research and publication mainly focus on Ming China, as well as 20th century and contemporary China. Since the early 1990s, he has published a series of monographs on Ming material and visual culture, including Superfluous Things: Material Culture and Social Status in Early Modern China (1991), Pictures and Visuality in Early Modern China (1997), and Elegant Debts: The Social Art of Wen Zhengming, 1470-1559 (2004). These represent his continuous exploration and contribution to the field. Clunas has strategically integrated various theoretical discourses into his inquiry, mainly Bourdieu’s sociology, and anthropological theories, the latter echoed with the anthropological turn in art history as practiced in Europe and North America at the end of the last century. These two theoretical discourses are interwoven and complementary, and together feed into Clunas’s analysis that is intentionally distanced from the usual aesthetic approach in art history.

At the same time, his ability in creatively mining the historical materials and close reading of texts has provided his work with rich evidence, dissecting the social stakes in the production, circulation and reception of art. Clunas’s work is thus visionary, unique and powerful in the field of art history. On the other hand, by tracing art commodities and their meanings in motion, and treating the above as symptoms of social transformations, Clunas has also made important contributions to ‘Early Modern China’ as a historiographical topic from the perspective of Ming art and luxury goods consumption. 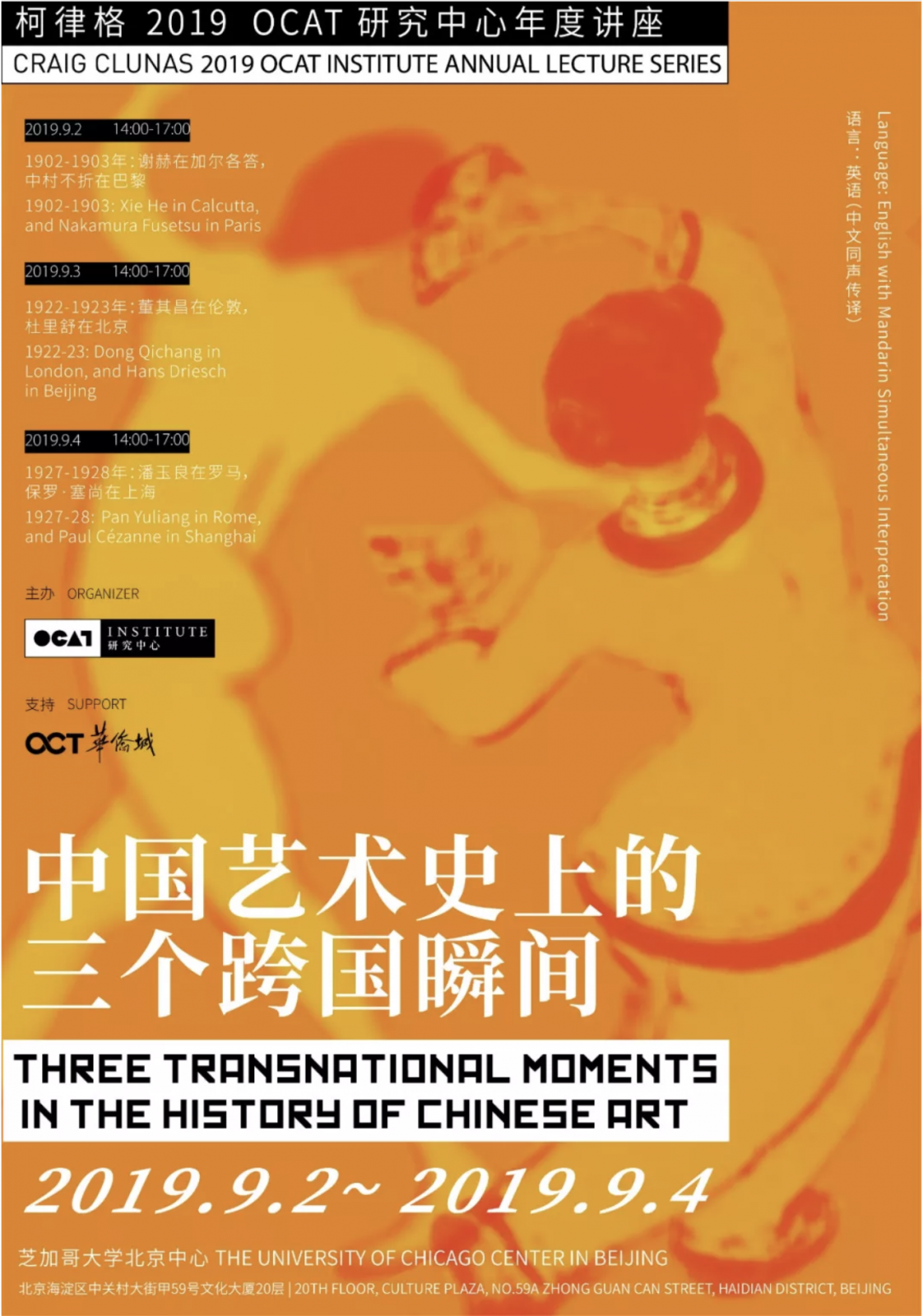