Conversation with Yang Qi is always inspiring and fills you with joyful laughter. He got this great sense of humour and endless passion, qualities that also make their way into his art which poignantly depicts the spirit of the contemporary experience. His recent large painting titled “Sleepless” is a great example of this.

Yang Qi, lives in Dusseldorf. He started painting “Sleepless” at the beginning of the German lockdown and for 2 months he painted through the whole of every night, thus creating a 70m x 50cm Neo-expressionist painting that is dominated by only two colours: Black and White. 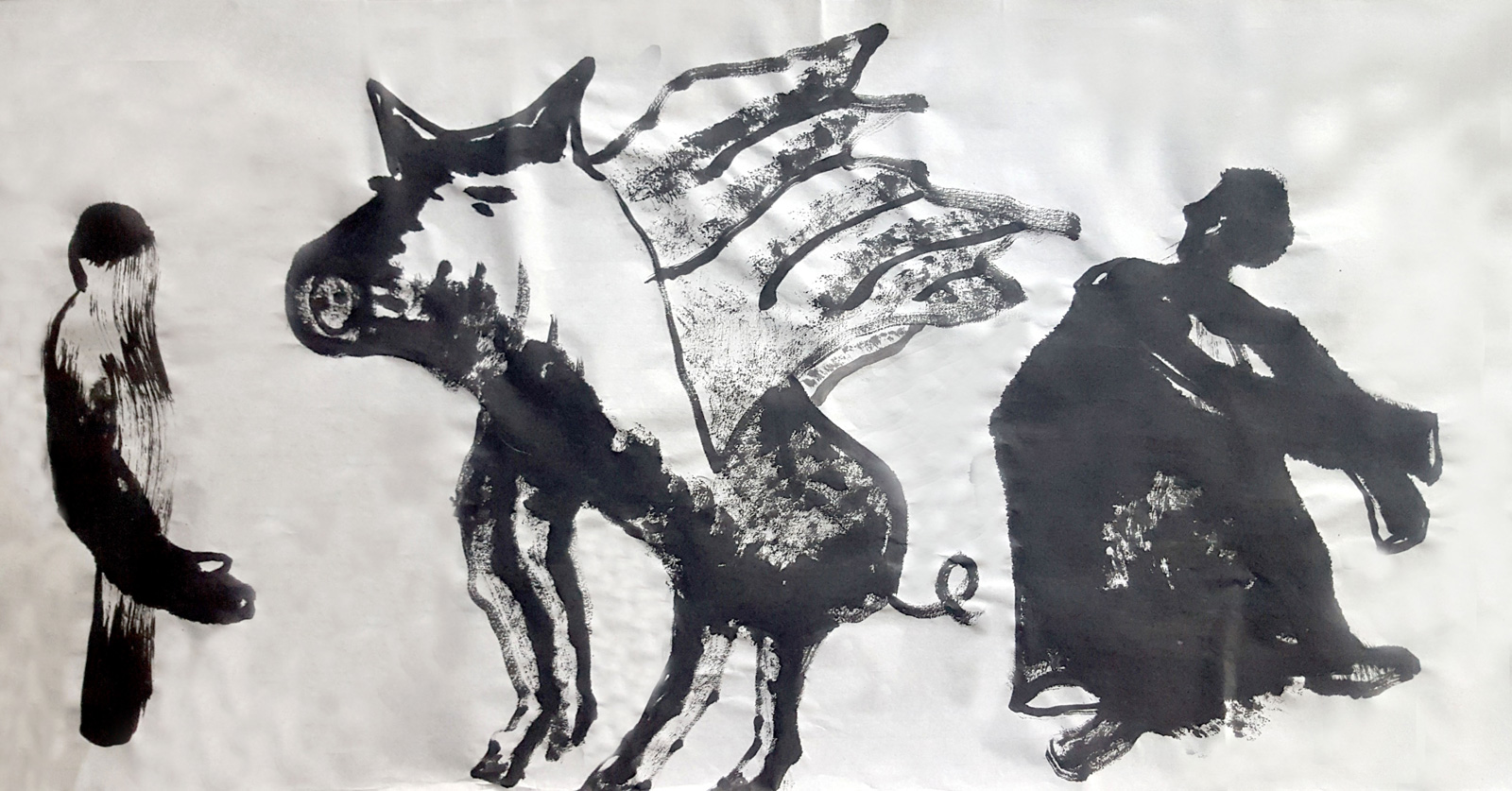 This is an absurd and surrealistic painting process, and it reveals Yang’s inner psychological activities during those nights. By only applying black and white colours he expresses the intensity and originality of his emotions, and coincidentally the contrasts that this creates also fit in well with Yang’s background, as an Eastern artist lives in the Western world for the last thirty years. 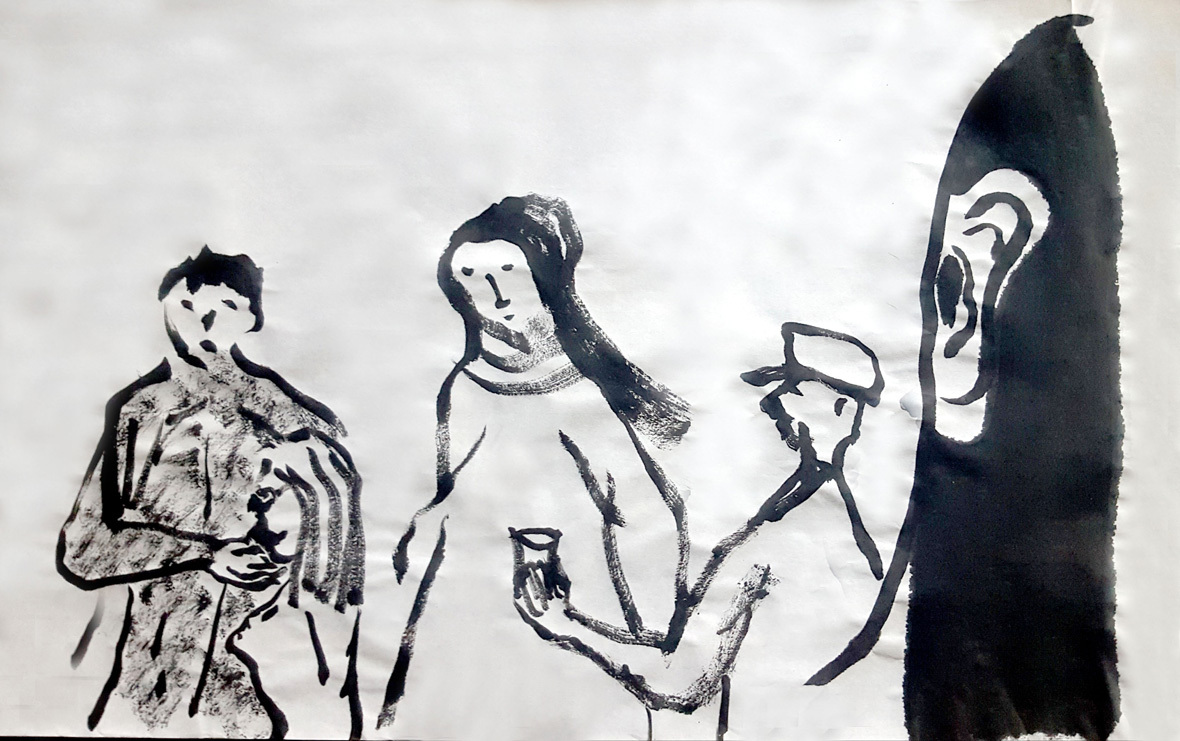 The painting is a labour of love, absurd, suspicious, unknowing, inspiring and dream-like, bringing us into a surreal world. During the Covid-19 pandemic we have seen so many people and countries that are in a state of isolation, even panic, and many people rightly feel nervous. In this kind of collective depression, as an artist, Yang Qi transcends the state of reality by engaging in a very interesting activity, which is a psychological activity of the artist himself, an activity which is confined to his own world, but also an activity that is art. By his nightly creations he has jumped out of our collective reality and when studying the painting you have to look at the world and what is happening through his mind, which he himself has fully immersed himself in. His mind is like the state of a game, so are his characters, his surrounding, his depictions, his performance, and they are all different from those of a realist. In his painting Yang Qi has expressed himself absolutely and unreservedly, his own unconscious activities, and through his subjective force, it can resist the current external interferences and disturbances. 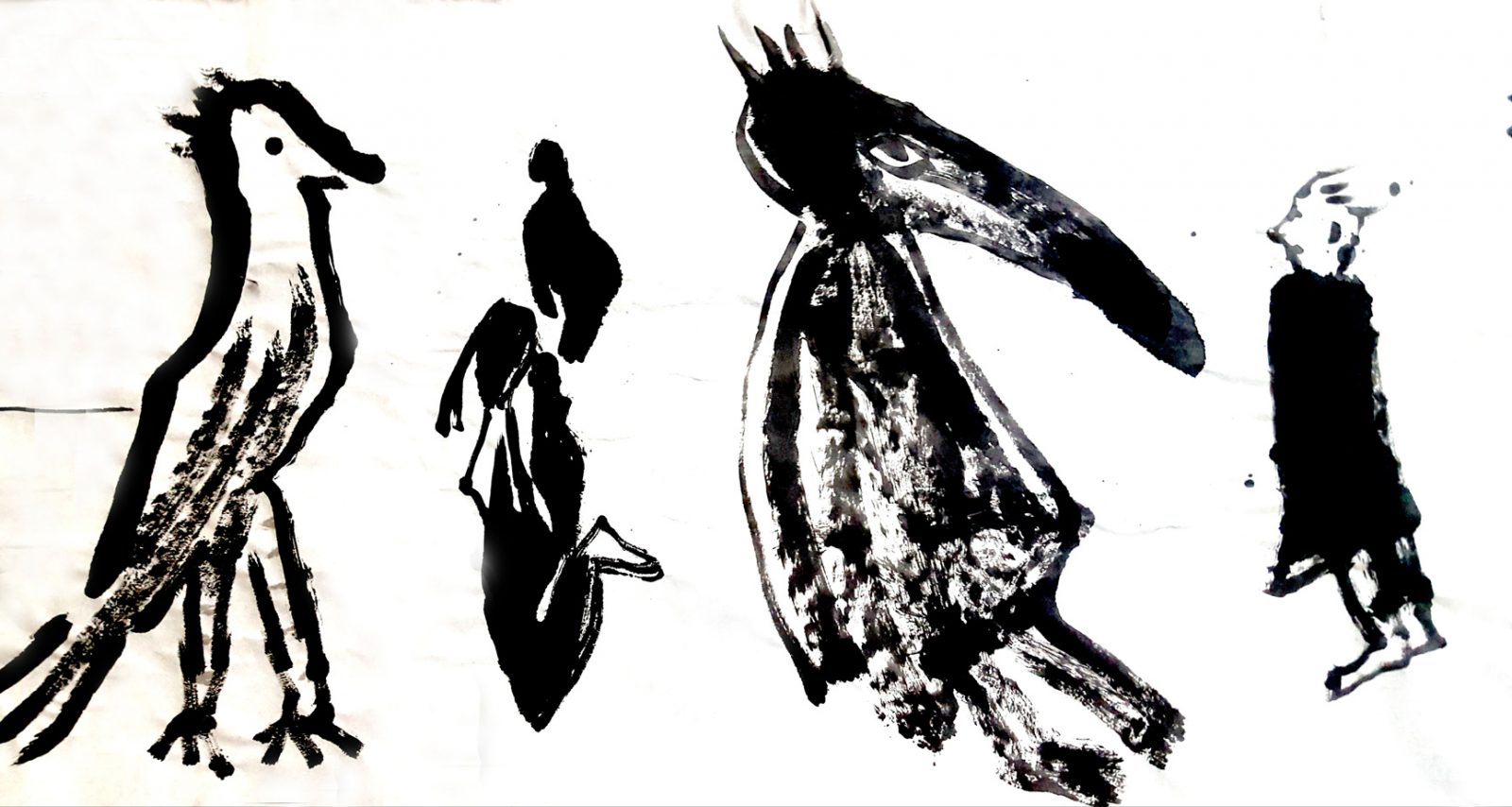 Read about more about Yang Qi.