“The 24 solar terms” is one of my representative series of works created in the 1990s. The series covers a long period of time, from 1991 to 2015. At the beginning of this series, I had no plan to create 24 pieces, but I couldn’t stop myself while I was in an inspired state. I have created 19 works in two years time. At that time, I thought this part of the series was finished too fast, so I wanted to work on “Qingming Festival”, “Great Cold”, “Slight Heat”, “The Beginning of Summer”–those four solar terms–slowly. But after unexpected productive period, I had gradually forgotten the “homework”, which I had set up for myself. 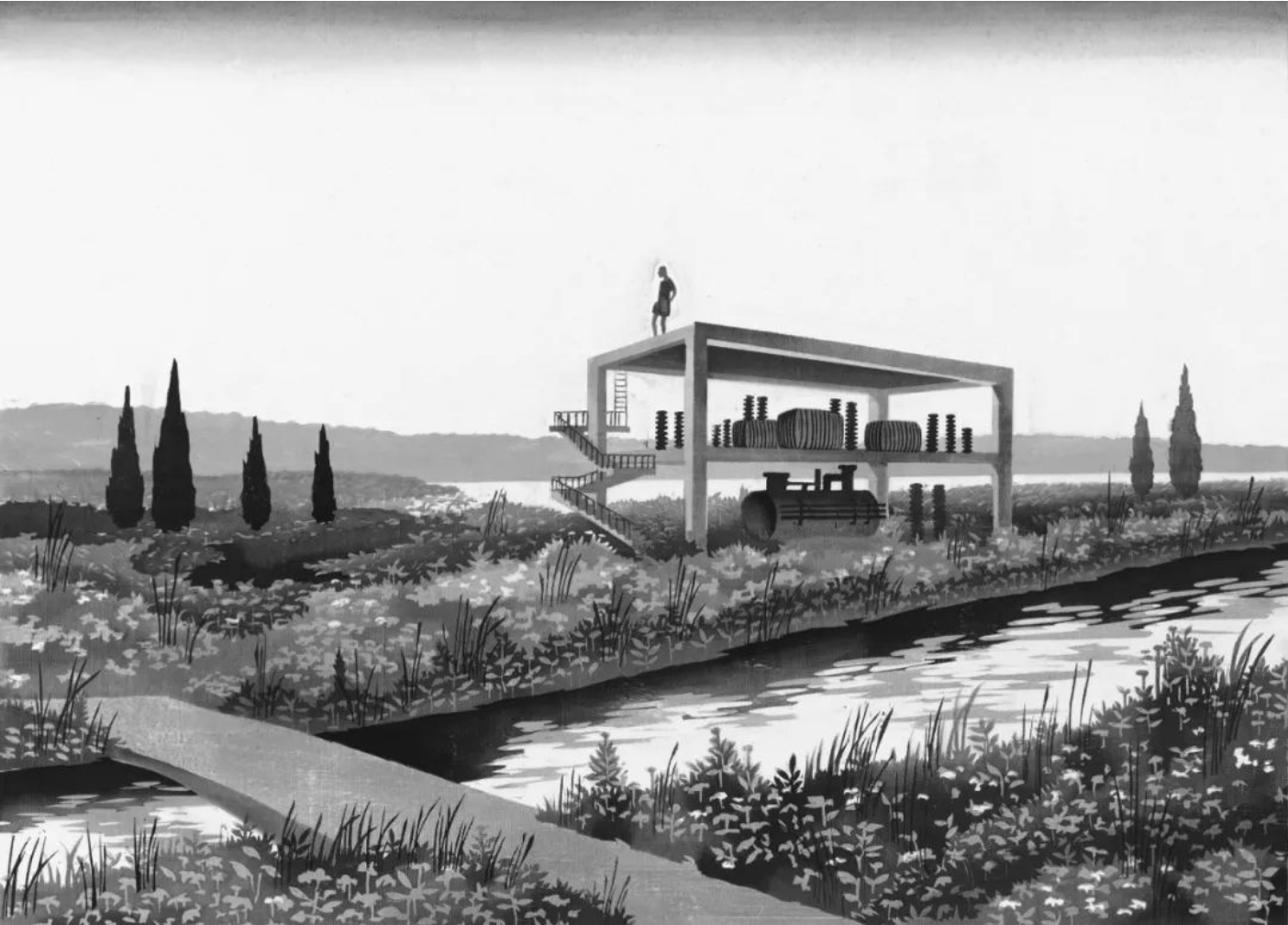 In 2007, I began to realise that my artistic concept and creation context had changed a lot from more than a decade ago. The rapid development of urbanisation in China has blurred the boundary between urban and rural areas. If I don’t finish the last few works, I’m afraid it will be difficult to completely present my original ideas in this series. So I made up my mind that I must spare some time and allocate my energy to finish the last few works, which would bring the series to a successful end.

“The Beginning of Summer,” created in 2015, is the last piece in the series. It has been 34 years since the first work in 1991. It shows the scenery of a river which is located outside the fifth ring road in northeast Beijing. Every time I go to the studio, I pass this river. From the bridge, you can see “Wang Jin District” in the far distance, the newly built BoLi building and planes taking off and landing. There are always two threads through my works, one rational and critical, the other emotional and lyrical. “The 24 Solar Terms” belongs the second type of work.

In 1991, my mother-in-law removed her house. At that time, we borrowed a transitional house in the suburb of Nanjing. We would go to visit her every weekend. Normally we would have dinner together, then I would go to the surrounding area for sketching. At the time, the place had a distinct urban and rural fringe, with a few high-rise residential buildings standing out from the edge of a large paddy field.

When I did my sketching, there was no deliberate recording of these things, but when these scenes are combined and composed into a complete picture, it provokes a ritualistic commemoration. Looking back at these works today, you can really feel the change of times and the passage of time.

These scenes are very ordinary, plain, without beauty in the general sense. But it is these seemingly ordinary, plain images which people might normally turn a blind eye to, that can open our feelings which have sealed up, and wake up the collective resonance of our hearts. I have a friend who saw these works and said that the scene in the picture is his hometown. In fact, I have not been to his hometown; I think maybe these landscapes are so ordinary that they have a kind of universality. Next week, we will show you more images of this series and some stories behind each print. Stay tuned.