Who are the “Implied Spectators” of Your Work?

Who is observing your work?

Who is observing your work might be both a matter of expectation and concern for all the graduates in CAFA. The degree show is like a confession, which requires graduates to show their study outcomes with honesty and endeavour to appeal to exhibition goers with different perspectives.

The degree show in CAFA could be compared to a free “art feast”, where the “art menu” guides the foraging tour for a diverse group of art lovers. When one stops and observes artwork in the degree show, one will often be interrupted by the crowd flowing backwards and forwards.

A spectator has a powerful existence and creates a profound meaning in terms of the birth and development of an artwork. When the recipient becomes a force that cannot be ignored, the creation, interpretation and dissemination of an artwork might be influenced by it. In this case, artistic creation turns out to be a game between artists themselves and the spectator’s artistic expectation.

Wolfgang Iser holds the view that writers have the ability to design content to meet the expected requirement of readers in the creative process. He summarises them as “Implied Readers”. In the same way, artists are also creating for an audience that could be called “Implied Spectators”. Whom do artists choose as their “implied spectators” then? Whether the artists have a clear answer to this question, the visitors have always been with them. The visitors have various identities with different artistic values. By presenting artworks to presupposing “implied spectators”, artists can successfully attract their target audiences.

In the CAFA degree show this year, which kind of “implied spectators” will you be? 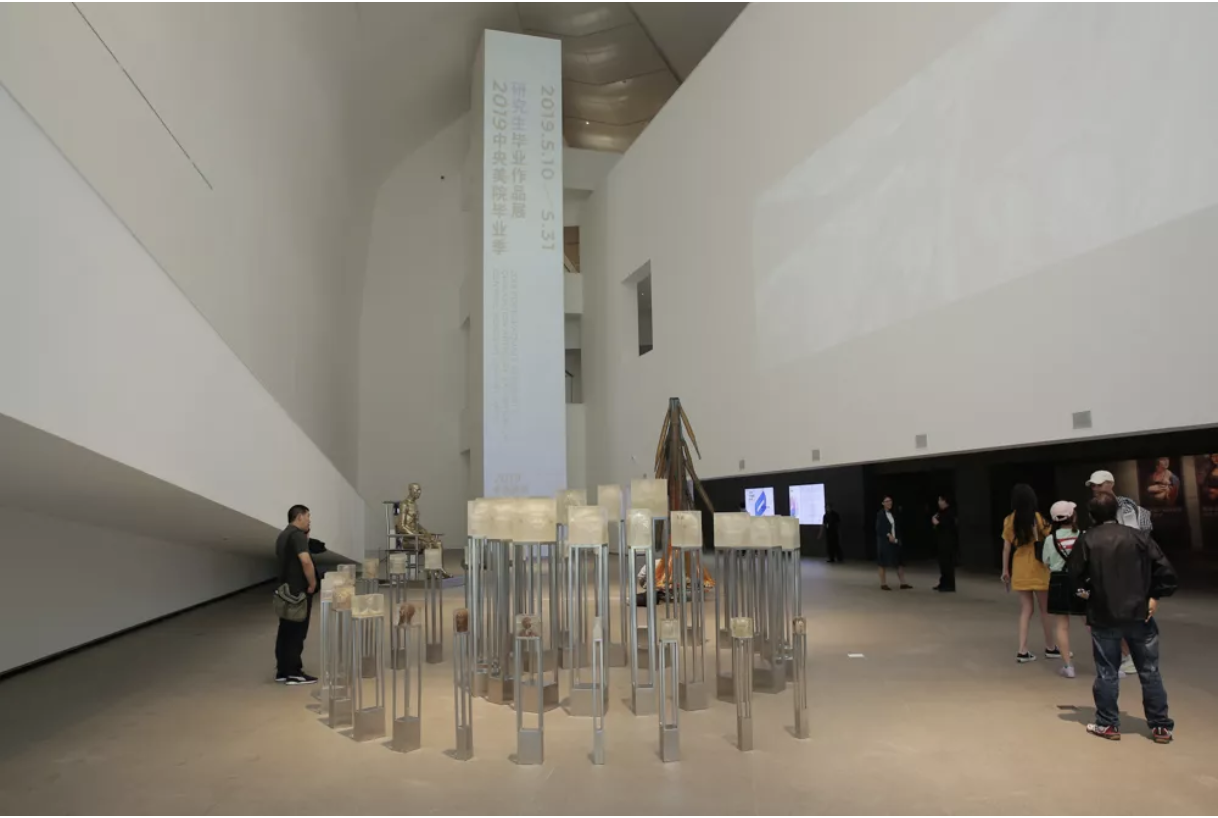 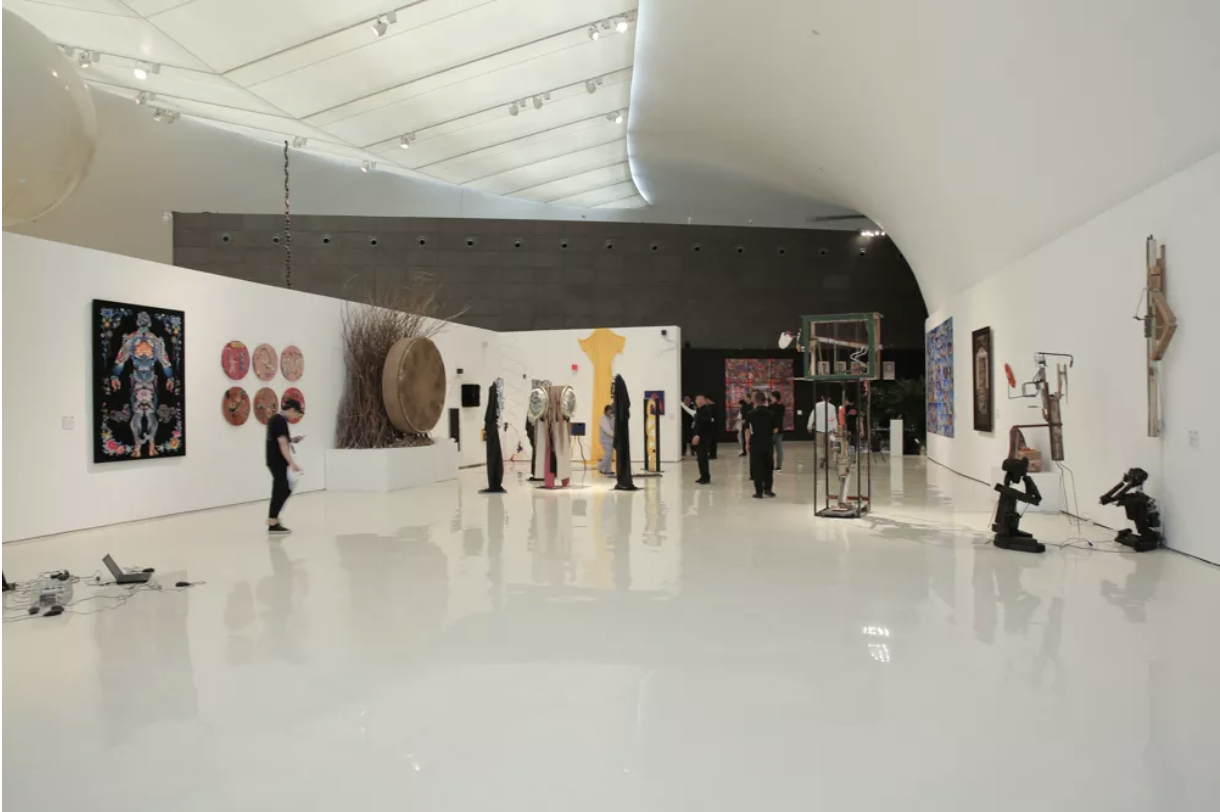 Artwork is the release of an artist’s expression. Nowadays, materialism is the inescapable medium of expression, where the material objects become the container of artists’ thoughts and concepts. When an artistic creation starts from an artist’s ego and without any other factors, this form of art creation turns out to have two results – either an unintentional attempt without any introspection or steadfast creation transformed from one’s inner power. The latter consequence depends on whether the artist is full of insightful thoughts or has a transcendental creation beyond the secular or not. 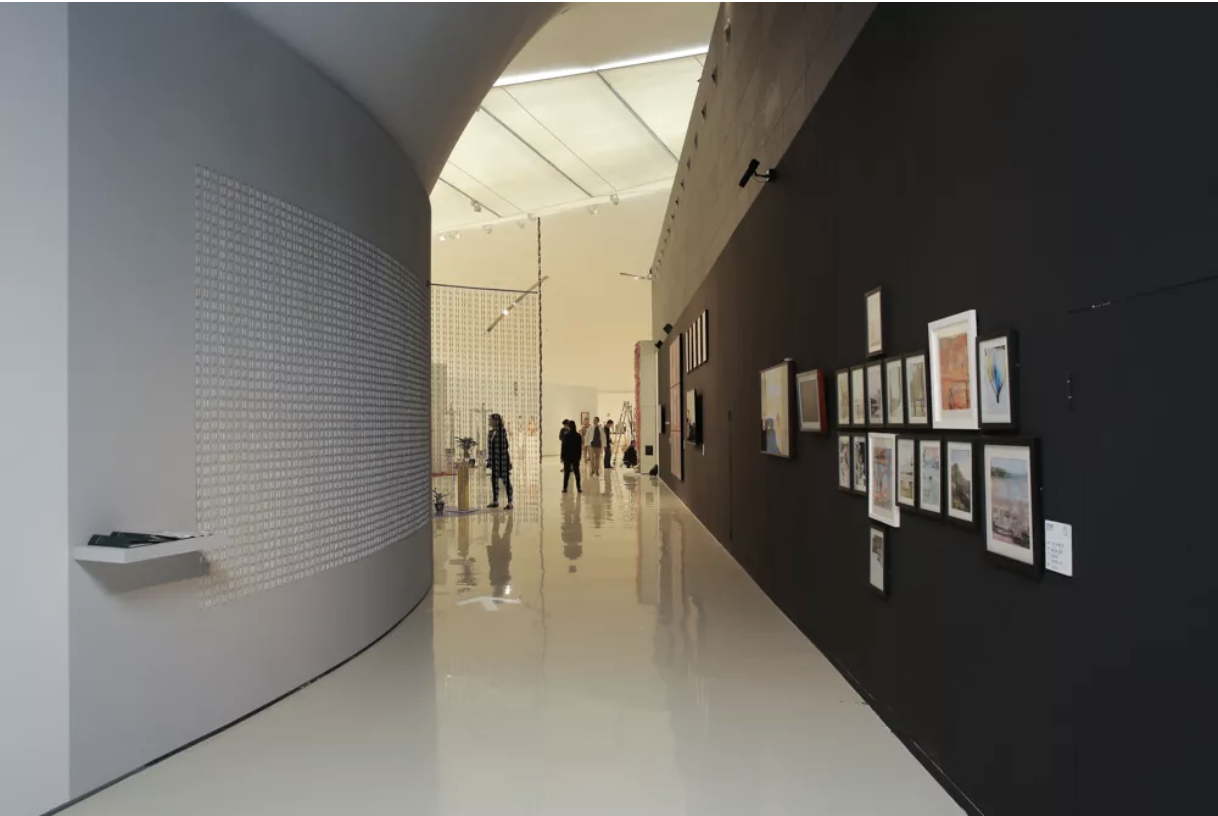 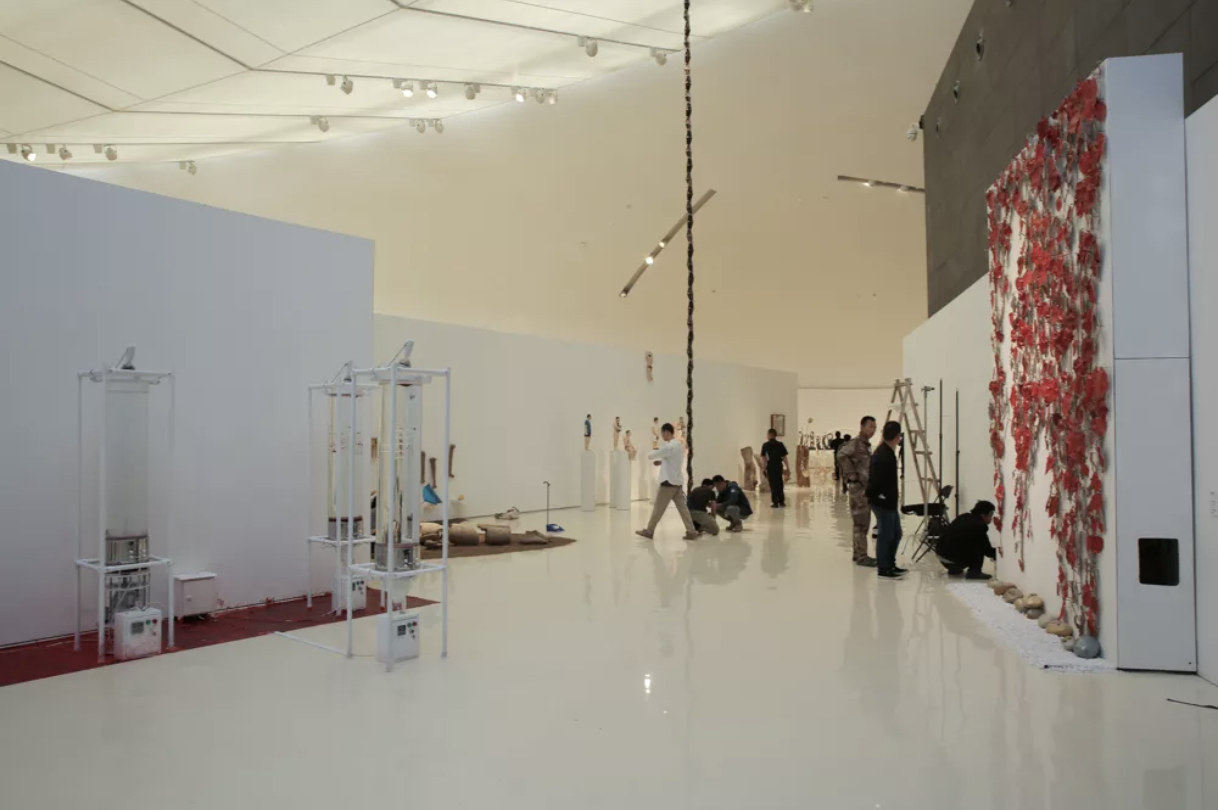 Hence, we could view artworks to clarify whether the artist chooses his or her self as the implied spectator. Two types of work would appear then – one has a great limitation like the frog at the bottom of the well, and the other presents enormous artistic talents. Within artworks in the degree show, it is a challenge for viewers to judge the quality of works, but there are always some works that bring an unique and unfamiliar love at first sight. When an artist regards his or her ego as the “implied spectator”, the work is either a task that forces the artist to accomplish it, or the work is like caviar for the general. This could become a bitter attempt at art; however, artists should aim for an artistic creation experience that transcends the current situation.

The most non-negligible underlying spectators for artists are their supervisors. The supervisor is not only an artist’s expected viewer, but also an unavoidable verifier in the process of the artist’s study. Being a pedagogue means that they propagate the doctrine, impart professional knowledge, and resolve doubts. If students are tutored by their supervisors, the identities of their works (i.e. spirits, styles, techniques) can be traced through their supervisors’ art creation. Thus, works influenced by supervisors in the degree show could be divided into two types: one is to imitate, while the other is between likeness and the dissimilar.

Although the supervisor’s perspective is potentially judgmental, it is always a double-edged sword. There is no authoritative standard in art itself; it may be open to diversified standards. For artists, the advice from their supervisor is always swallowed up by self-motivation. In this case, it is easy to identify which works belong to the category of supervisors as implied spectators in the degree show. When viewing these works, it brings to mind the question of when these artists can surpass their supervisors. 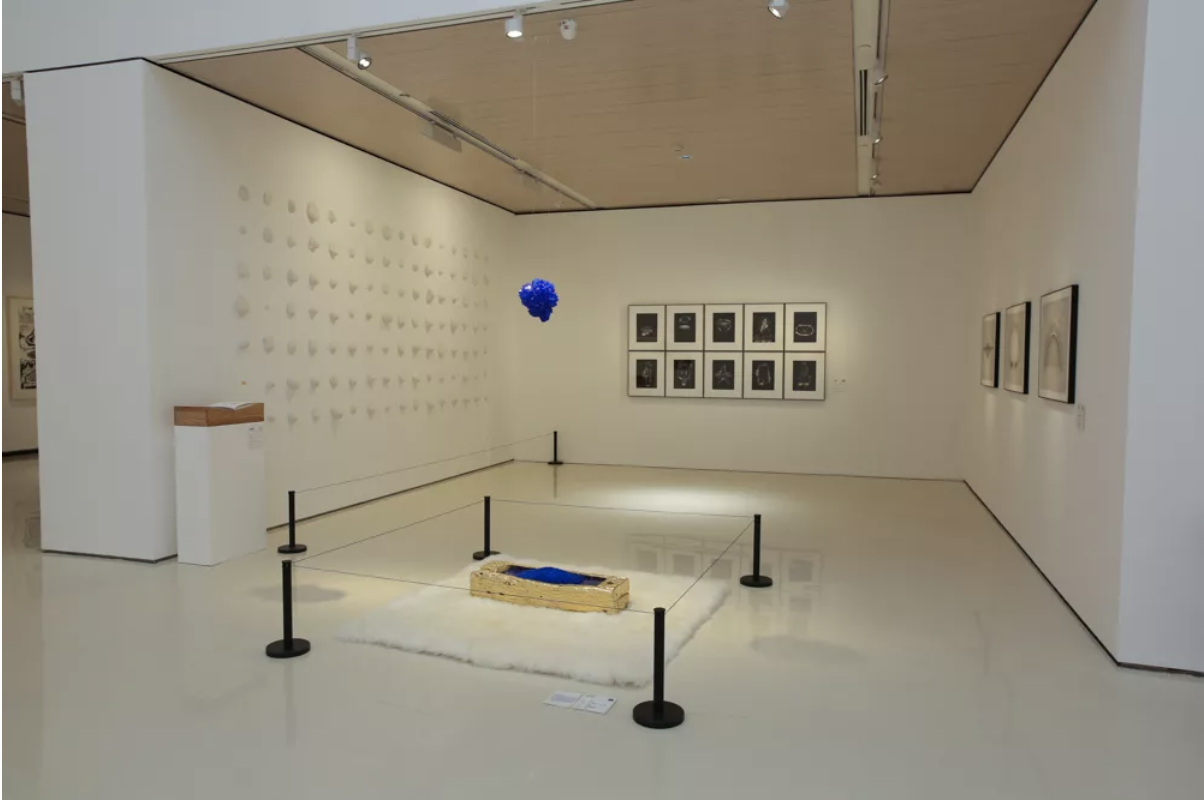 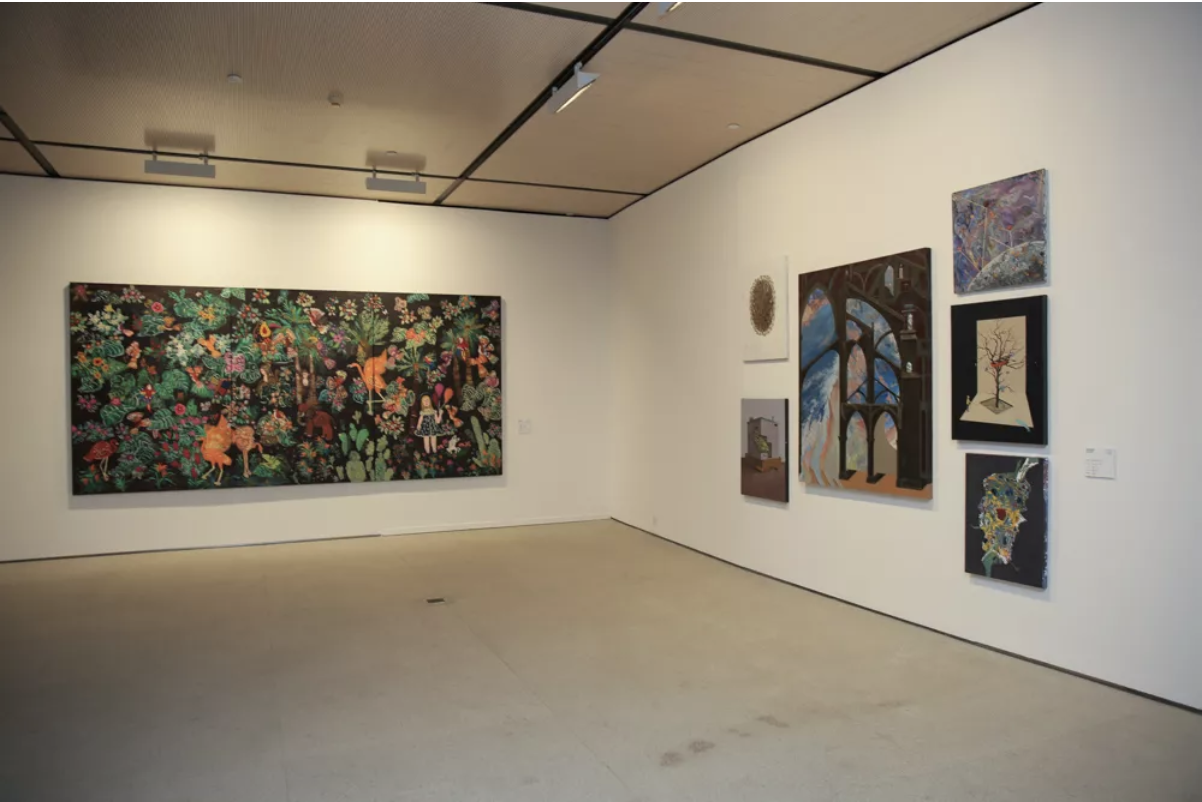 An artist’s creation might be perfectly suited to the taste of a particular group. In any exhibition, it is common to find such works. The artists’ works are attracted by the system of art intermediaries and then become the favorite spokespersons of them. The phenomenon of considering the artistic trend of art intermediary by artists seems to be no ground for blame. However, the problem is that the autonomy of art should be the most significant section of the art world. If artworks were without creative thoughts, all art intermediaries would be exaggerated hypocrisy. 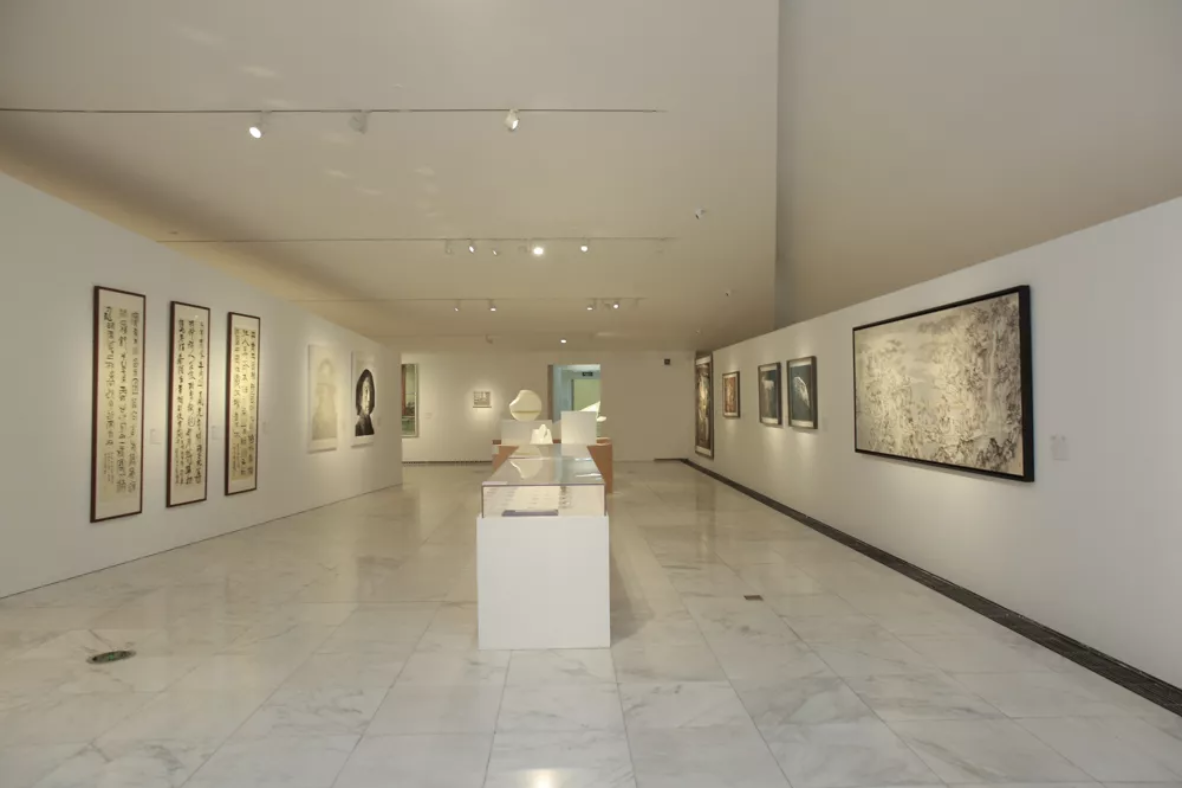 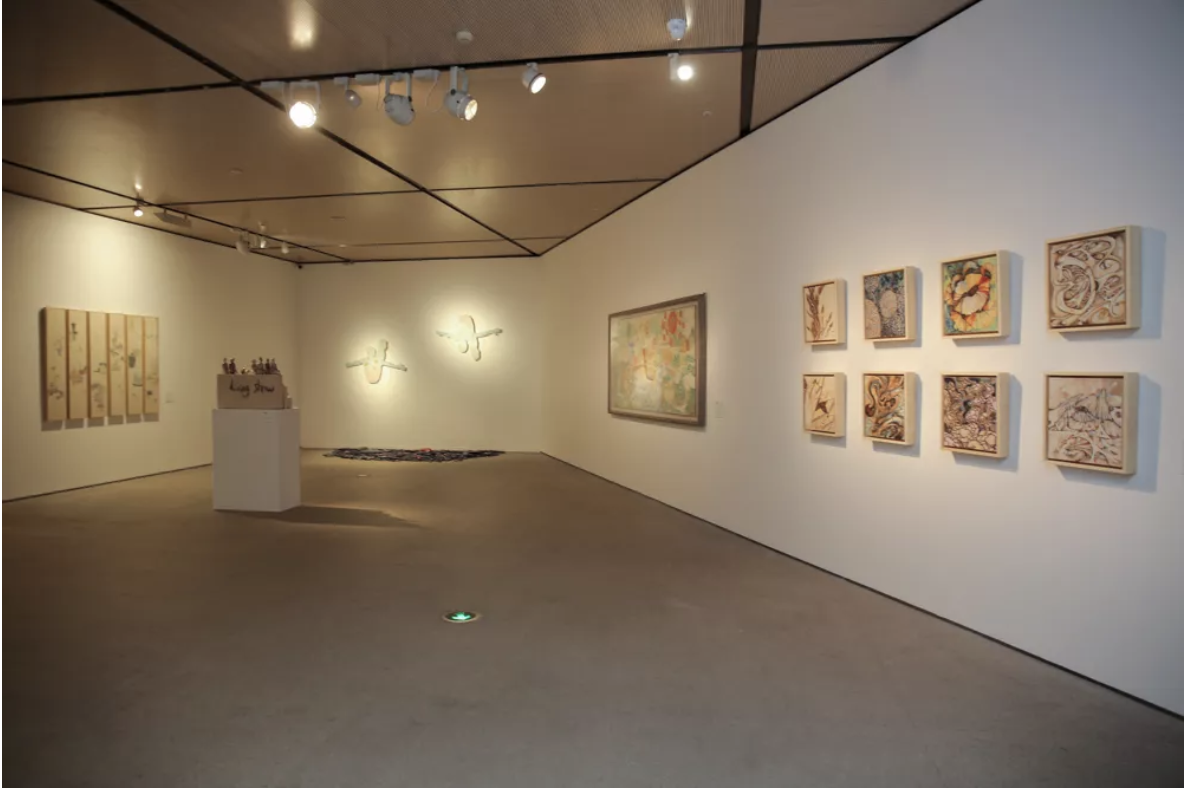 Regarding the art intermediary as implied spectators could come with great social meaning. Artists could turn decorative patterns, provocative colors, mysterious themes and commercial forms into ingratiation. However, it should not limit the artworks to embrace the valued generation in a broader sense.

Artists can create works which are full of public welfare and socialism by considering society and the public as the implied spectator. Those works expect an awareness of discovery, understanding and reflection on certain issues.

When art moves toward society and the public, artworks then carry with them a strong visual expectation, an extreme open-interactive experience and profound introspection. In such circumstances, art is turned into a way of understanding the world, which does not restrict the perspectives of spectators; instead, it expects to encourage spectators to perceive the world through their eyes. 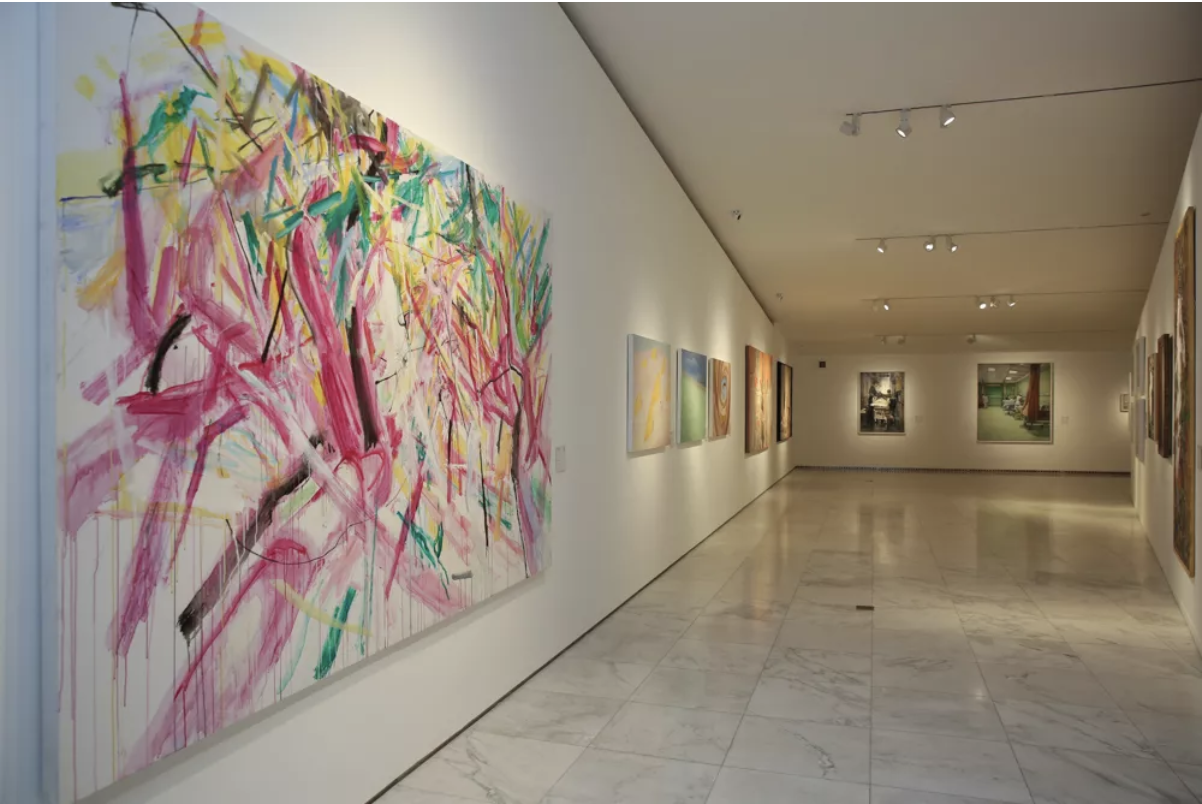 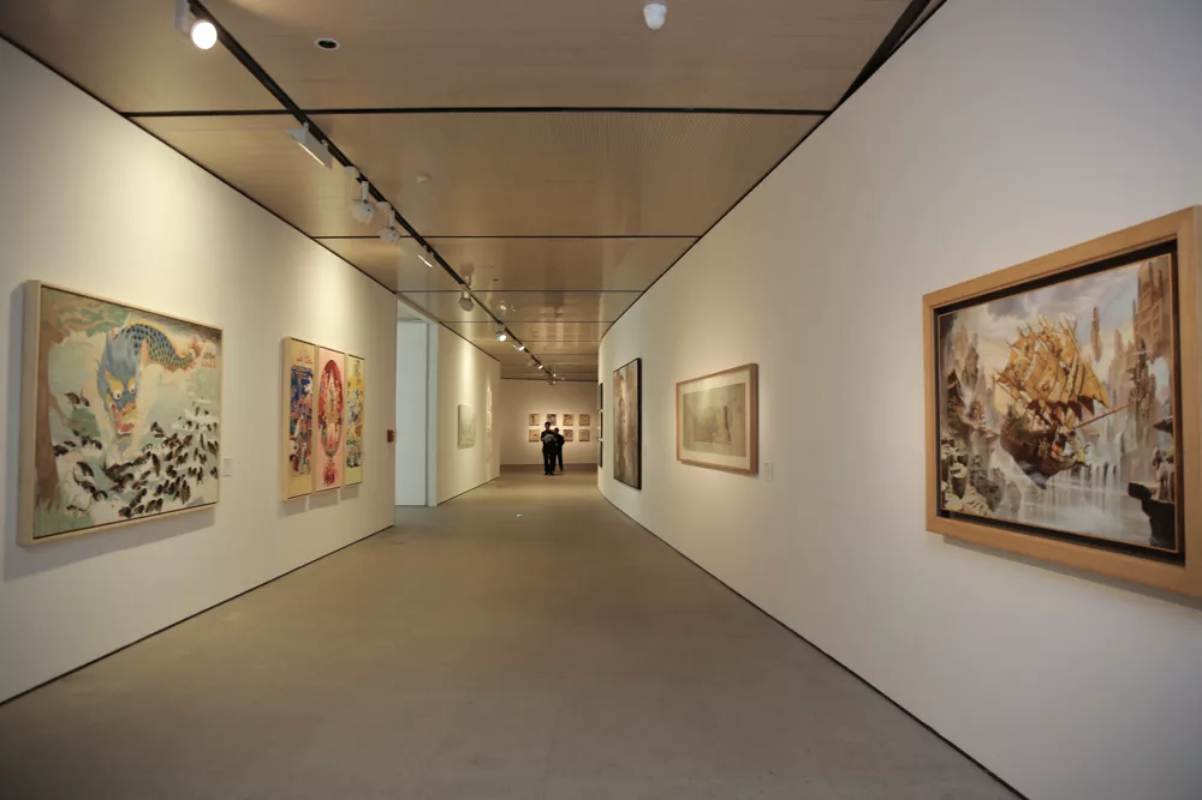 Macroscopic propositions such as life, science and technology, ethics and the universe, among others, have filled the context of modern society. These propositions can be perceived in artworks in the degree show. Regarding society and the public as the implied spectators in a broader sense, the starting point is the perspective of human concern. In this case, artists are not expecting to construct a sense of physical beauty based on their personal artistic preferences. Instead, they hope to awaken the spirit of society through art. Artworks reflect society and expose the invisible issues of human beings to evoke individuals to be concerned about current situations.

Artists in every era are confronted with the same dilemma – in front of art, if they cannot circumvent history, it’s difficult for them to move toward the future. Taking time as the measure to examine art is a vision and devotion that is full of confidence. “Future Archaeology”, as the theme of CAFA Graduation Season 2019, explores the development of art both in history and the future.

History constitutes the memory of human existence and possesses the undiscovered wisdom of humankind. Art is the most precious treasure left by history, which still touches people today.

Regarding history and the future as the implied spectator allows the artists to find the coordinates from their artistic experience. For artists, could learning from history mean they expand their horizon and develop their wisdom? The future world expects imagination and creativity, and artworks in the future are required to be rooted in history and tradition, recording current society and culture while overlooking the brilliance of the future. Perhaps every artist needs such an implied spectator to enable his or her works to be memorized by history and to be accepted by the future. 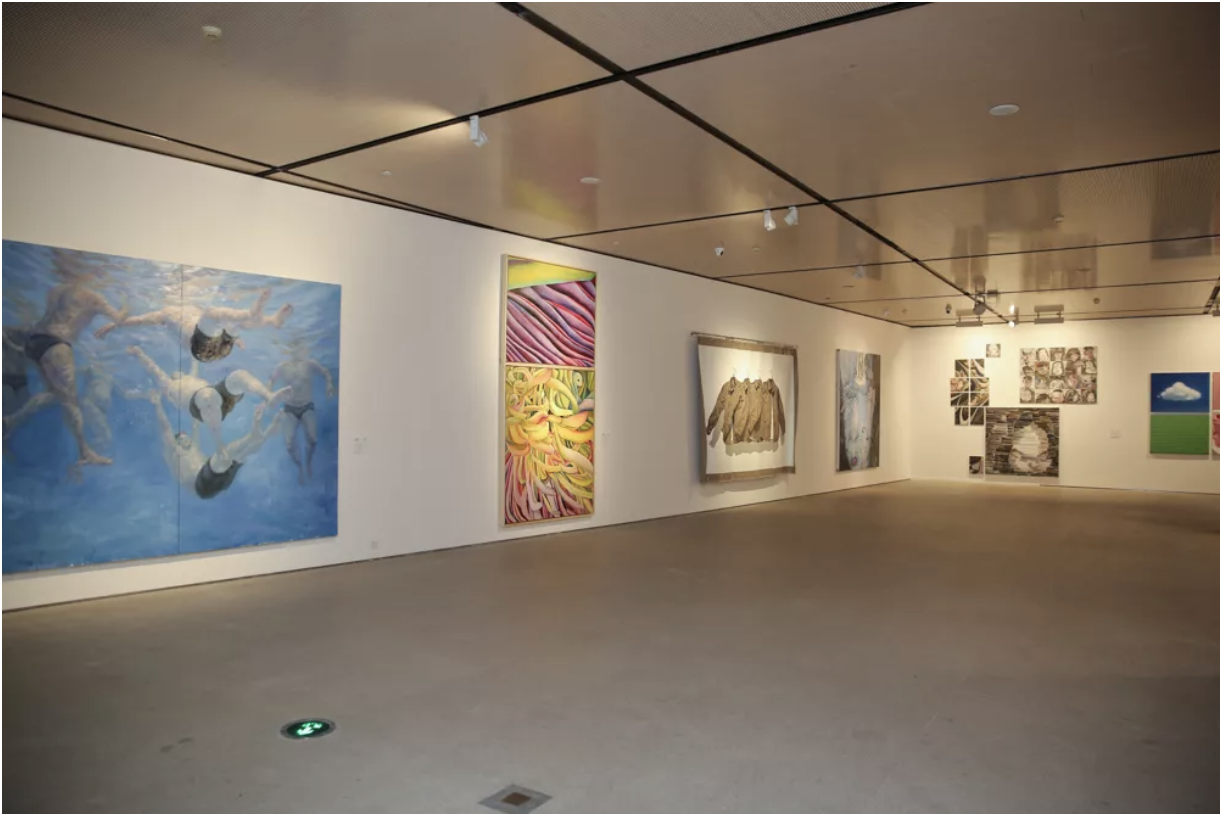 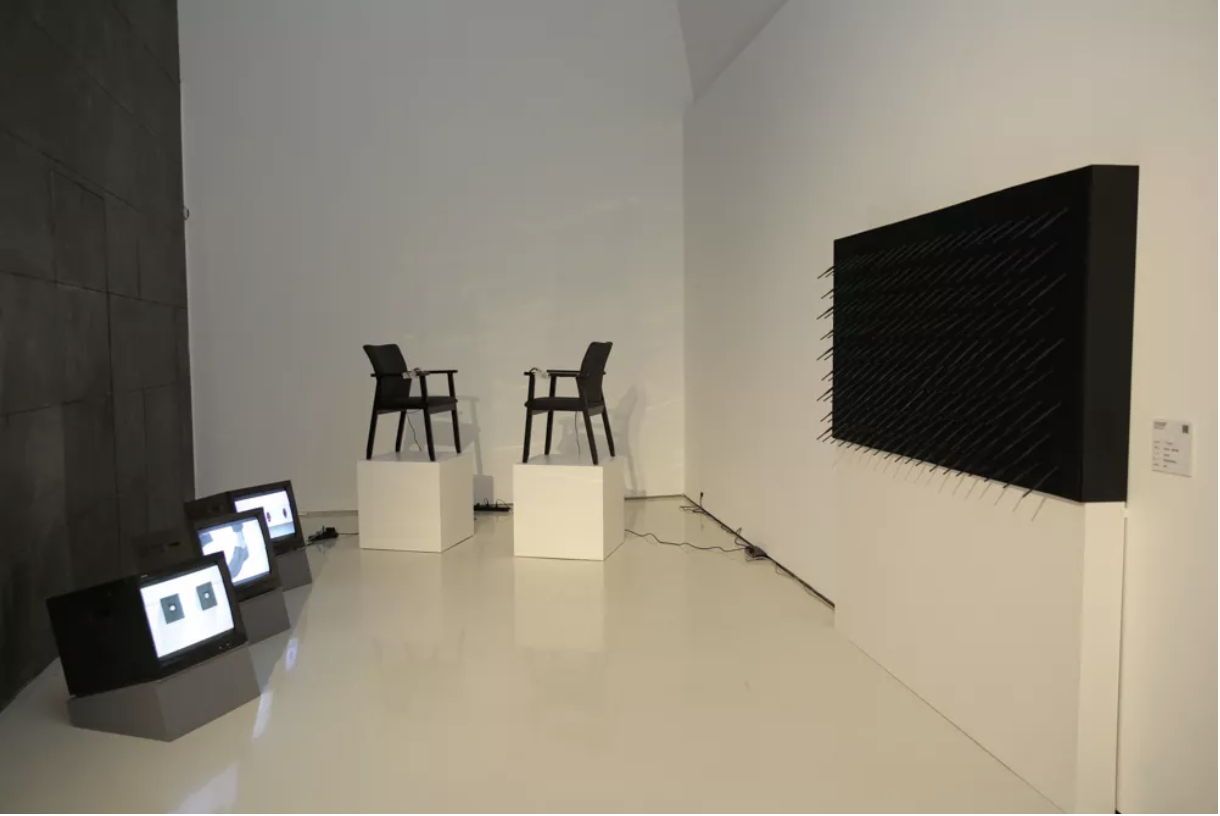 For emerging artists, the CAFA graduation season is not just a summary of their study, but also presents the interpretation of contemporary art and the art world. For spectators, viewing the exhibition is not only a selected temptation of visual enjoyment but also an inquiry into art tendency in the future.

Who is the “implied spectator” behind your work? This is the question proposed to locate a work’s identity between an artist and viewers of the artwork, so that both artists and viewers can share empathy at a certain moment. 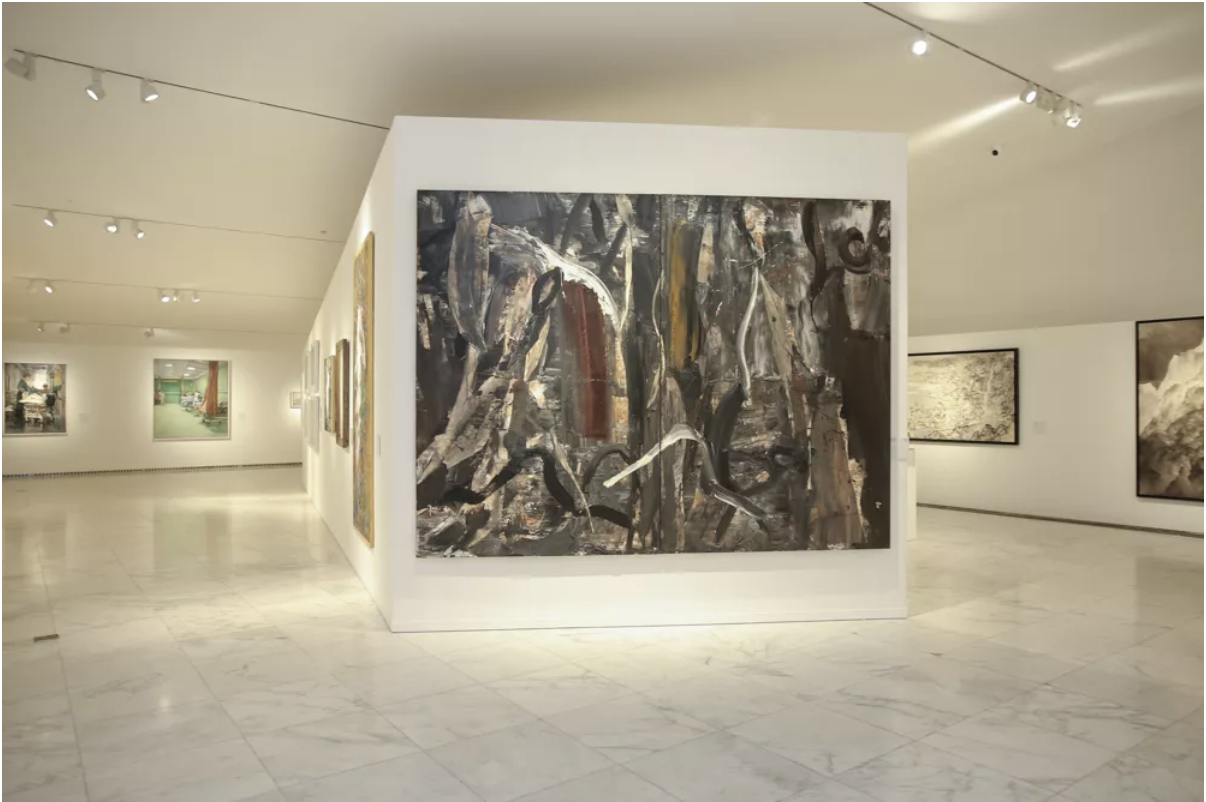 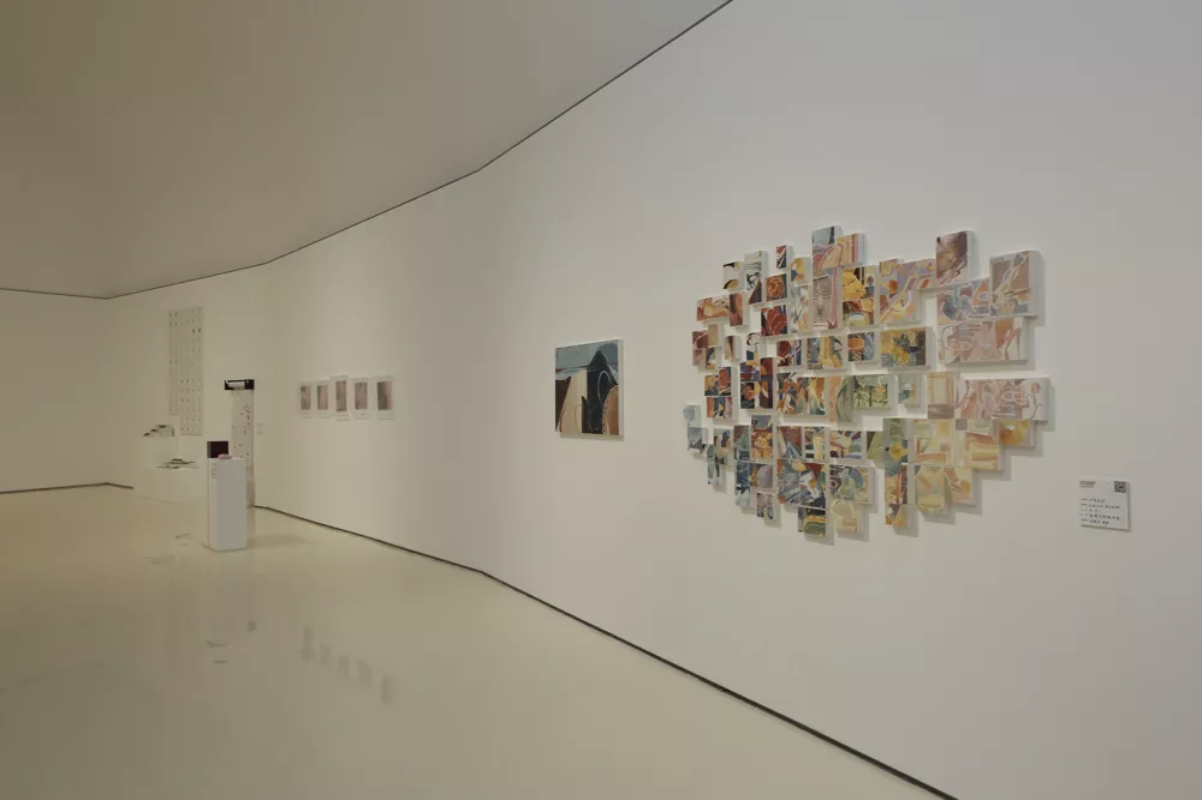